Deutsche Telekom and France Telecom will merge their UK operations, forming the Brits’ largest operator — O2 will soon be second to the merged carrier, which will have a combined market share of 38%.

The Wall Street Journal reports what you’re already thinking:  “The deal is likely to be looked over by the U.K. Office of Fair Trade, which considers all deals that create an entity with a market share greater than 25%, and, depending on its make-up, could also attract the interest of the European Commission.”

European regulators will also be keeping a cool eye on Google’s book project — Do they hate success over there or what? The New York Times reports that “Opponents, airing their grievances at the hearing, sponsored by the European Commission, said the deal gave Google too much power, including exclusive rights to sell out-of-print works that remain under copyright — a category that includes millions of books.” 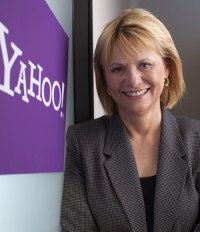 Carol Bartz and her team have sold millions of dollars in Yahoo shares — Bartz herself sold $2 million dollars in Yahoo stock in two sales in March and June. The Guardian UK’s San Francisco reporter adds that Yahoo’s general counsel has sold over a million, and that “several other executive directors made hundreds of thousands of dollars each at the end of August.” Still, I love Bartz’ emails to Yahoo staff: “We are the largest media property on the Internet. So get out of the sugar low – we have work to do.”

Twitter makes you dumber, Facebook makes you smarter, says psychologist — ”Your attention span is being reduced and you’re not engaging your brain and improving nerve connections,” Scottish psychologist Tracy Alloway told London’s Telegraph. (You’ve figured it out: Reporters aren’t on vacation in the UK today.) Facebook, by contrast, improves what’s called “working memory,” the stuff you actually remember and then use to get through the day. In tests, Sudoko and Facebook improved working memory performance, while Twitter and YouTube reduced it. I’m surprised there aren’t more studies on how digging up old music and video online brings up long-forgotten memories and feelings. Whenever I can’t recall a name from the Seventies, I turn up my hometown’s classic rock station to swap in lost memory banks. 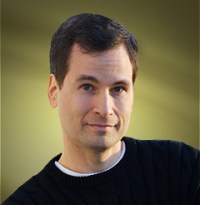 The NYT looks at David Pogue’s possibly conflicted roles inside and outside its pages — I’m going to shut up on this one, because guess who I write for. But The Times’ public editor Clark Hoyt explored the soon-to-be-common relationship the paper has with its stupendously successful gadget and software reviewer David Pogue, who says he makes more money from writing books than from his job with The New York Times. That sounds suspiciously like most bloggers I know. Starbucks pays way more.