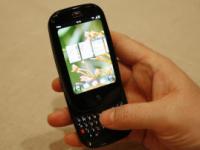 Palm’s losses mount as Pre fails to catch fire — The Wall Street Journal’s most trusted analysts estimate Palm sold only 500,000 Pres in its quarter that ended on August 28th. Cutting the phone’s price from $200 to $150 through Sprint didn’t help enough. Palm won’t give out its own count, but the Pre clearly isn’t the iPhone killer, Android killer or Windows Mobile killer Palm had hoped for. I bought another BlackBerry. Sorry, guys. Palm reported a loss of $164.5 million compared with a loss of $41.9 million last year. Total revenue was $68 million, down a long long way from $366.9 million a year ago. If Pre sales weren’t deferred, the Journal notes, revenue would have totaled $360.7 million.

An astonishing number of totally uncool people now use the Firefox browser — If this report weren’t vetted by Infoworld, I wouldn’t believe it. “There are now more users running some variant of Firefox (50.6 percent) than not running it.”

David Pogue feels sorry for the new Zune — “If this thing came out in a parallel universe where the iPod didn’t exist, it would be hailed as a god,” the New York Times’ gadget guru writes. “After three years, hundreds of millions of dollars in advertising, and, yes, a lot of real innovation, the Zune has managed to claim a measly 1.1 percent of the music player market.” Still, the Poguester says Apple’s iPods are “ridiculously superior” in terms of music, movies, apps and accessories, all of which have resulted in “the Zune’s reputation as the player for weirdos and losers.”

A real keyboard for the iPhone — Gadgetwise blogger Roy Furchgott hasn’t been able to do a hands-on review yet, but he blogged about the idea behind Mobile Mechatronics’ forthcoming iPhone keyboard.

The keyboard slides on and off, and pokes into the iPhone’s battery port to draw power.

“The idea came from Nykoluk’s own experience in changing from one Blackberry to another. ‘I always found when I got a new Blackberry, I hated the new keyboard’ said Mr. Nykoluk. ‘Then in a week, it was the best keyboard ever.

“He thought that people just needed a way to get used to the virtual keys of the iPhone. But beta testers often chose to keep using the physical keyboard.”

Microsoft beta-tests its own version of Google Apps — TechCrunch’s Leena Rao goes long on Office 2010’s browser-based Office Online apps. Here’s the executive summary: You can’t do charts in Excel. But Microsoft’s limited-functionality Web versions of its world-dominating desktop apps will make stiff competition for the Google Apps I use all day. Google’s in-your-browser apps demo well, but even moderately advanced Excel and PowerPoint users hit the wall quickly. I normally don’t make predictions, but I think Office will end up like Photoshop: A free version to keep cheapskates from abandoning the brand, a reduced-price version for most of us, and a high-end version for professionals to whom the price is peanuts compared to their phone bill. 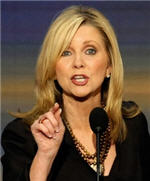 Republicans and telecoms still hate Net neutrality legislation — “I’m very weary of talk of efforts to increase regulations where there is really no compelling case to do so,” Tennessee Republican representative Marsha Blackburn told the WSJ. So there.