The annual telecom industry gathering once known as Mobile World Congress but now officially called MWC Barcelona begins next week. And while the annual gathering of telecom industry players and pretenders can feel like a punitive plague of locusts descending upon this otherwise lovely Spanish seaside city, it also can serve as an interesting barometer of the progress made by the industry from wherever it has been and wherever it is going. Or at least hopes it’s going.

But with more than 100,000 people participating and exhibitors of all shapes and sizes unleashing a tidal wave of announcements about this autonomous gizmo and that connected thingamawhatzit, it can be a little difficult to sort through all the hoopla and figure out what really matters.

So, having sifted through about 10 billion press releases that have eroded at least one of the lobes of our respective brains, we have whittled this amorphous blob of industry prattle down to five things worth keeping your eye on when MWC: The Quickening throws opens its doors and welcomes the hordes.

1. Phones are back, kinda sorta 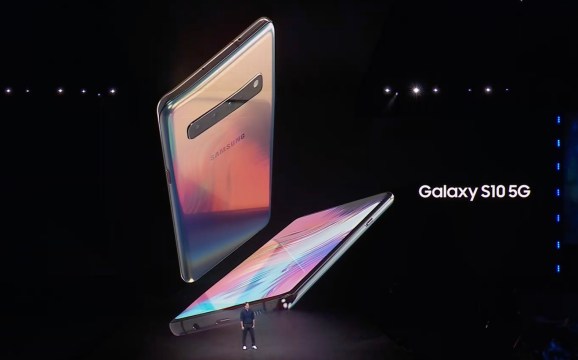 In recent years, smartphone announcements at MWC have elicited a collective “Meh.” Last year, for instance, much of the “buzz” (please note the use of irony here) was around companies adding a “notch” to their new flagship phones while pretending they were totally not copying Apple’s iPhone X. A notch!

This year, the magic words are “foldable” and “5G.” Though the second is arguably not a word, per se. But, whatever. The industry is in search of something, anything that will halt the carnage of tumbling smartphone sales around the world and convince consumers to stop holding onto their perfectly good smartphone and instead take out a second mortgage or sell an organ to buy a new whizbang model. The notch did not quite do the trick.

Samsung already kicked things off by holding its “Unpacked” event this week, rather than the Sunday night in Barcelona before MWC: Electric Boogaloo officially starts on Monday. Samsung showed off a 5G phone and a foldable phone called Galaxy Fold. Though really, it should be the Galaxy Unfold, because that’s where the awe and wonder starts, not when you fold it. But maybe I’m splitting hairs.

Huawei is expected to try to top that by unveiling on Sunday a phone that’s 5G and foldable. The never-say-quit LG is reportedly going to unveil its own 5G phone, as are the good folks at ZTE. 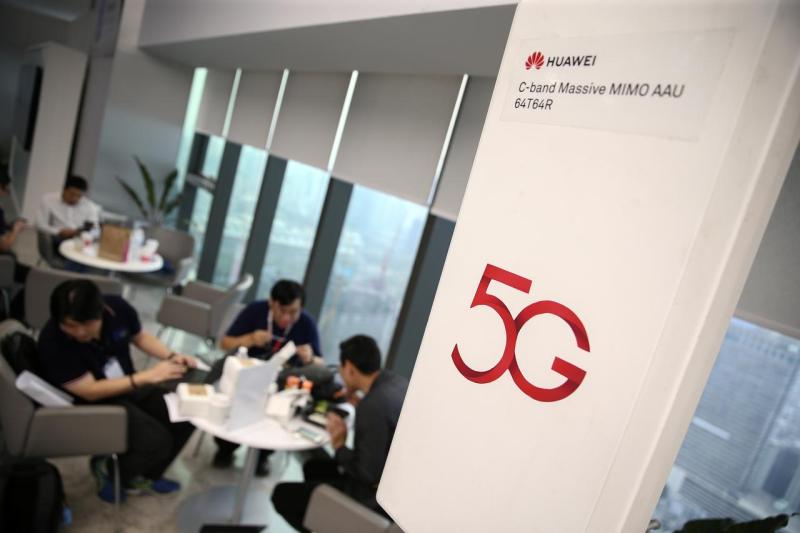 In an alternate universe, Huawei would be striding into this show while everyone was genuflecting and kissing its ring. The Chinese telecom company has become the world’s leading seller of telecom equipment, and some argue has developed more technically advanced 5G gear than anyone. On the consumer side, its smartphone sales continue to hum along, and the company has made big strides selling them in Europe.

Alas for Huawei, the U.S. government is not impressed. Worse, it believes the company is essentially in league with the central government of China, planting secret back doors in its products to allow said government to spy on people around the globe. So the U.S. government has all but blocked Huawei equipment in the U.S., and it’s lobbying allies to do the same. Oh, and it convinced the Canadian government to arrest the company’s CFO, who happens to be the daughter of the founder. And said CFO and the company have been charged with theft of trade secrets.

This is a major bummer for Huawei, no doubt, but it’s also a major pickle for the whole telecom industry. One can’t just ignore Huawei, but does one risk cozying up to them and incurring the wrath of the U.S. government? How Huawei will be treated at MWC: Skyfall could offer some hints as to whether the industry will rally around them or just, like, totally ghost them. 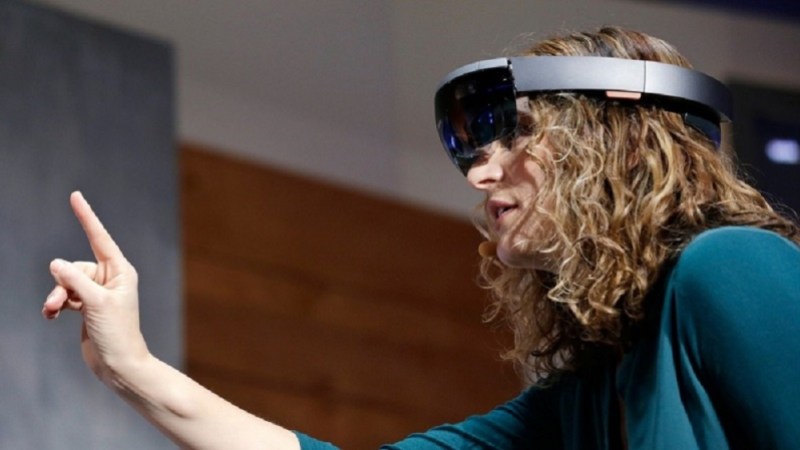 “Hey, did you just write ‘Microsoft’ in a story about MWC: Die Harder, the giant telecom conference that used to be known as Mobile World Congress?” you might be asking. Why, yes, yes I did. It’s true that Microsoft’s most recent history in the realm of mobile has been mostly a tragic, slow-motion pratfall of ceaseless missteps and comical errors of grotesque magnitude. To put it kindly. The company lost its early advantage in mobile to Apple. That mobile Windows operating system thing never really became a thing. And then there was the [warning: the following sentence contains graphic scenes of violence not suitable for children under the age of 17] acquisition of Nokia’s mobile handset business.

But hey, let’s turn the page! Microsoft announced it is holding an event Sunday night, the eve of MWC: Tokyo Drift, the conference formerly yada, yada, yada. It seems the company is going to give some kind of update on the Hololens, as suggested by this not-so-cryptic tweet from the dude who helped create it:

Microsoft’s big guy Satya Nadella will even be there, likely to talk about augmented reality, and to just generally take a victory lap after watching his company briefly become the world’s most valuable company last year.

If the words “edge computing” don’t get your heart pumping and adrenaline surging, then you are … just an average, normal human being. But hey, this is important stuff, so listen up! Yes, 5G is totally neato, but it also creates new problems, which in the tech world are also rebranded as “opportunities.” Actually, that’s kind of a great business model: Solving the problems you help create!

Anyways, while 5G is super-duper fast, the way the internet is currently built for the age of cloud computing isn’t ideal for 5G. If everyone is going to connect a gazillion gadgets that are always on and always sending data and are automated and need to make decisions in time measured in less than milliseconds, then sending the data across geographical distances to a centralized cloud where the data is analyzed and processed and then sent back creates too much latency, no matter how fast those Amazon and Google hamsters are making those cloud computing wheels spin.

So all that computing needs to be pushed physically closer to the devices, or even placed on the devices, so that things like autonomous vehicles and connected factories and wireless livestreaming virtual reality can really hum. Granted, announcements about gear for edge computing are not the stuff that internet clicks are made of. But this week you can expect to hear a lot from companies like Intel, Qualcomm, and Arm and various partners about new chips and hardware and software for edge computing.

Likewise, there will be a lot of chatter about artificial intelligence, which is needed to really handle this coming flood of data. And the telecom industry is even now belatedly getting into stuff like blockchain, including an announcement expected this week from the Linux Foundation’s Hyperledger project about a new group particularly focused on how distributed ledgers can help the industry use data more effectively. 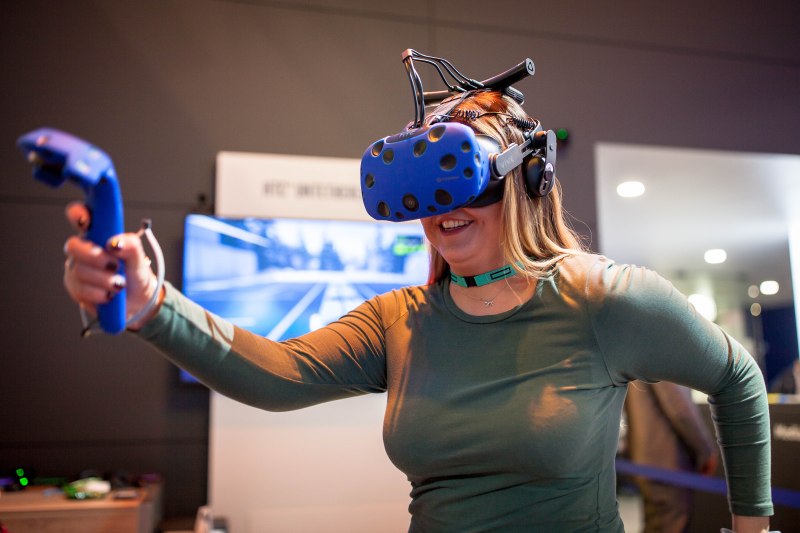 As is typical, everyone gets all worked up over the new phones this time of year. But in the age of 5G, phones are going to be the least interesting part of the equation. For the past decade or so, what made smartphones so exciting was not just the phone, but that it became a kind of smarthub whose connectivity and computing power enabled all sorts of other connected devices that weren’t that smart.

But with blazing-fast 5G and all that computing power (see edge computing!), the real transformation is going to happen elsewhere. On those connected factories, or smart cities, or livestreaming VR, or wireless video gaming, or digital health, or autonomous drones that fly well beyond the field of vision. The phones are basically really great cameras (or five of them!) and remote controls. The real disruption will be more interesting and everywhere, particularly as the industry tries to figure out the business model for all this connectivity and computing power.

Listen for uses cases that sound reasonable and exciting. In the end, that could be the real legacy of MWC: Judgment Day.