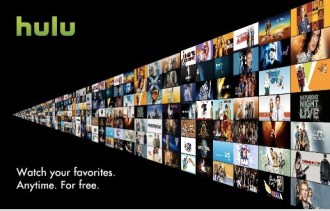 The bidding war for Hulu is heating up, with Google, Yahoo, Amazon, and DirecTV still in the mix. Google is rumored to have made an aggressive offer for Hulu. It may be hard for anyone to match Google’s ability to pay, but Amazon needs to find a way to come out on top — not just that Amazon wants Hulu, but because Amazon really needs Hulu and is best positioned to make the most of Hulu. Here’s why:

1. Amazon could become the iTunes of video. No one has been able to challenge Apple’s success with iTunes in the downloadable music space. Despite Amazon’s position as one of the largest music retailers in the business, it has not been able to provide much competition to iTunes with they MP3 download store. The reason is simple: Apple controlled the entire experience by providing an integrated phone/mobile OS/Internet service experience. Amazon toyed with the idea in the past of creating an iPod competitor, but the project was shelved as the market transitioned from iPod devices to the iPhone. Despite Apple’s success with music, it has been unable to translate that success to video. So there’s an opening here for Amazon, and the company needs to go after it aggressively.

2. It’ll take video to push Kindle tablet sales. Amazon’s success with the Kindle, which is expected to sell 25 million to 35 million units this year, has given it the confidence to develop an Android powered tablet to compete with the iPad. These numbers are respectable given the nine million iPads Apple reportedly sold last quarter. The iPad is a great device for many things — web browser, emails — but it is a killer device for watching video. My consumption of online video has skyrocketed since purchasing an iPad. Amazon can leverage a large installed base of Kindle owners who could upgrade to the Kindle tablet that happens to provide the ability to purchase and stream premium video content.

3. Amazon has the right leverage with studios and broadcasters. Hulu has been a success from a user adoption standpoint and Hulu’s CEO, Jason Kilar, has generated significant revenue in a short amount of time. Under normal circumstances, investors wouldn’t want to unload a winner – they’d keep riding it. But the threat Hulu posses to its investors, NBC/Comcast in particular, is too great, and the studios want to cash out. The big elephant in the room is the content licenses. Without access to premium content, Hulu is dead. Any potential buyer has to wonder what happens when it comes time to renegotiate those licenses down the road. As we’ve all seen with Netflix and Starz, there are no guarantees. Many book publishers felt threatened by Amazon’s ebook initiative, but as the largest retailer of books Amazon has the power to turn promotions on or off for a new book. Amazon, unlike Hulu’s other bidders, is one of the largest DVD retailers in the world. Since DVD purchases are a big part of revenue for new movies, older movie catalogs, and premium TV shows (e.g. Dexter, Mad Men), the studios can’t jerk Amazon around on licenses. If Starz threatened to pull online video rights from Amazon, Amazon could simply pull all Starz DVDs from its retail store.

4. Amazon and Hulu are a cultural match. A lot of acquisitions fail because of people. In the case of Amazon and Hulu, Jason Kilar was a very well respected executive at Amazon for a long time. He knows how to operate in that environment, and he has the respect of Jeff Bezos and the rest of the Amazon executive team. There is much less of a chance for post-acquisition “culture clash,” which often leads to acquisitions failing to live up to their potential. Would Jason and his team of consumer Internet superstars fit in with DirecTV? How would they fit within Yahoo? How would they deal with the inevitable politics of strategy and execution debates at Google’s YouTube division?

5. Amazon can include Hulu as part of a bundled pricing offering. For example, users who purchase Amazon Prime could receive a free subscription to Hulu’s subscription service. Although it has been reported that Amazon is considering providing Amazon Prime for free to purchasers of the Kindle tablet, that’s the wrong strategy. The Kindle is the razor, and content, in the form of video, app store purchases, is the razor blades. Amazon has to entice users with bundles that essentially give the Kindle away. For example, if a consumer buys a Kindle tablet for $199, Amazon could give that customer $100 credit to purchase ebooks and apps from the Amazon Android marketplace … and videos. Or Amazon could come out with a new subscription offering that is distinct from the Amazon Prime subscription, say a Kindle content oriented subscription that supersedes Hulu Plus and gives consumers a number of free apps or ebooks per month. There are endless permutations, but Amazon needs Hulu to complement its existing assets to really make it all work.

6. Amazon wouldn’t have to remake Hulu. Hulu is a great consumer experience, and consumers will likely end up disappointed with a Google acquisition. For one, Google doesn’t have the greatest track record with acquisitions (I’ll spare you the long list of examples). YouTube is an exception and has been very successful in terms of user adoption, but it hasn’t succeeded in premium video. How would Google integrate Hulu? Would it simple replace Hulu with YouTube channels (after all, YouTube’s new user interface, currently in beta, looks more like Hulu)? Would Google continue to run them as separate sites? Would consumers see no new features for 9-12 months (as is customary with Google acquisitions) while Hulu’s back-end is migrated over to Google’s infrastructure? Amazon is less likely to screw up what Hulu has done because there are fewer internal projects that would create complexities around strategy and execution. Amazon can simply leave Hulu as it is. Users can buy videos from the Amazon Video store, and Hulu is the free/subscription video site Amazon owns.

With Hulu, Amazon will be able to provide users with a killer integrated experience around online video. Without it, the company is missing a critical piece of the puzzle.

If Amazon can pull this off and somehow manage to win a bidding war for Hulu with Google, then it has a chance to become a real competitor to Apple and Netflix. If this happens, I wouldn’t be surprised to see Apple or Google try to acquire Netflix next. The race to own online video is only in the third inning and we have a lot of game left to play.

If Amazon pulls this off, expect it to continue to view hardware and integrated experiences as a key part of its strategy. Perhaps we’ll see an Amazon television in the future, or maybe even an Amazon-branded game console.

Alex Castro was founder and CEO of Delve Networks, a leading online video platform acquired by Limelight, where he served as VP/GM. He has an extensive background in cloud computing, digital media, mobile devices, and SaaS business application. Previously he worked for Amazon and Microsoft.