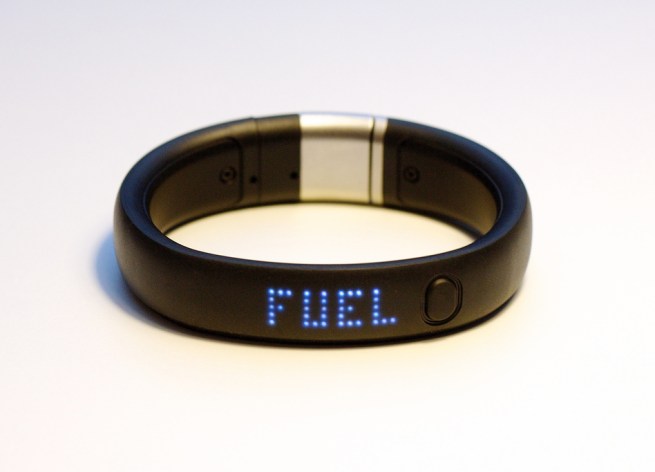 Living in the technology and startup ecosystem, we are constantly bombarded with the latest hot new app, device, technology, or company. They get their 15 minutes of fame and then something newer, hotter, and latest-er comes along to replace them. But every now and then, something sticks around for a while.

Since it’s nearly impossible to sort through the noise when talking to my technology friends, I’ve taken to listening to family and friends who are far away from the tech scene – most of whom still don’t “get” Twitter, can’t understand what all the fuss is about with Apple products, and would be willing to bet that Sand Hill Road was on a beach in Mexico. Last year, those friends all seemed to suddenly discover and start posting photos from Instagram, music from Spotify was showing up in my Facebook Ticker, and I was bombarded with old friends from high school joining Pinterest. I’ll take those signs to mean these three have successfully crossed over to the mainstream.

Some of the products and innovations below may have been hot for a while in the technology ecosystem; they might have raised boatloads of money, and could even be airing fancy television commercials already. But it’s only when my mom asks if she should buy the Nike+ Fuelband for my dad’s birthday that I’m pretty sure we’re onto something.

Here are six technologies, products, and innovations I believe will go mainstream in 2013:

Earlier this year I purchased a Nike+ Fuelband thinking it would be a great way to keep tabs on my physical activity. Since then, this black band with the the slick LED display has been a conversation starter for everyone from friends to total strangers. Several similar devices are on the market right now – Jawbone’s Up and the Fitbit are two I get asked about the most. The devices are all relatively simple in their functionality (think of them as glorified pedometers with some cool extra software).

These devices have the benefit of real-world virality, in that they do spark conversations leading to aspirational fitness fans getting into the action. Personally, I have been more active since I started tracking my activity, so I can certainly see how this personalized health technology will become a real trend — even more so than the current functionality. I definitely expect to see more bands, clips, and watches at the 2013 Koester family Christmas.

For all the advances in technology over the past few years with smartphones, tablets, and laptops, it’s somewhat surprising that there isn’t a go-to application for consumers to keep organized. That’s why I’m bullish on Evernote. It’s been a darling of the early adopter community, and I finally started using it towards the tail end of 2012 as I struggled to manage my scattered notes, to-do lists, and photos of whiteboards. Enter the solution that helps keep all of those key documents organized and in a single place.

The reason I think 2013 is the year for Evernote is its slick-as-they-come iPad tablet application. I found myself constantly wanting to use my iPad when in meetings, but wasn’t confident that I’d remember to export the notepad notes. And it turned out I wasn’t alone. I soon spotted my legal eagle friends carrying tablets around for note-taking and likewise using Evernote to keep tabs. I think part of the reason it didn’t make the jump sooner was the fact that the pain wasn’t as obvious on a smartphone or PC, but Evernote really supercharges a tablet, and that’s why I expect it to truly go mainstream.

As I mentioned, my non-tech friends still don’t quite “get” Twitter. To me, Twitter helps create a socially curated (by me) news and conversation feed. Unfortunately, it’s a little too much noise, a little too much work, and a little too “insider-y” for many in the mainstream. Enter Flipboard. Without any real effort, Flipboard helps turn your Facebook feed, Twitter feed, or just your interests into a visually rich, magazine style application. It’s great on both smartphone and tablet but really shows off the underlying power of social curation.

My mom got her iPhone two years ago (primarily because she wanted to be able to show off her son’s app at bridge). She’s not an app person, but I was amazed to see her use Flipboard to consume Facebook content rather than the mediocre Facebook app. I asked her why, and her response surprised me: “It’s less work – Facebook on my phone was getting sorta boring.” While Facebook and Instagram are making consuming content easier on mobile, Flipboard seems to have nailed the casual magazine-flipping experience, all with a nice social curation. Watch for a big year for them.

As a big fan of the collaborative consumption and peer-to-peer economy myself (given that my company participates in the space), I’d always been amazed we hadn’t seen a new mainstream success after eBay and Craigslist paved the way. Etsy has made a great deal of progress and is growing wildly, but I expect Airbnb to go “mainstream” this year.

As the company matures at breakneck speeds, it’s started to tap into the right vein that mainstream can grasp and stomach. No more is this staying on someone’s couch; it’s access to a unique, personal, and affordable place where hotels probably won’t go. In some ways, it’s almost the anti-peer-to-peer messaging. It’s subtle in some ways but represents a major difference for non-early adopters.

Several college friends of mine were describing their trip to San Diego at the end of last year, and I was surprised to hear them say, “We booked this great beachfront condo on Airbnb – it was so amazing and cheaper than the hotels. Have you heard of Airbnb?” Uh, yup… I’ve heard of it.

Airbnb’s handling of the Sandy hurricane cleanup efforts, including donating its fees and helping increase properties for temporary rental, also showed how the company has the ability to become a key piece of a city’s fabric – which will be critical as the company looks to go from the cheap, non-hotel option to the one-of-a-kind, convenient stop.

I wanted to say that Web-powered television was already here and mainstream, but it’s still amazing whenever I visit anyone’s home and see the number of cable subscribers. I keep expecting to see more Xbox units, Roku boxes, Apple TVs, or Boxee boxes out there – but alas, I haven’t. However, I think conversations are starting to happen where consumers are looking for more on-demand programming outside of what cable can offer. And that’s why I expect 2013 to be a year when Boxee goes mainstream (and though it very well could be the other delivery boxes, I’m going to put my bets behind Boxee).

Just why does this year (unlike all the other years it was supposed to be the year) look like on-demand, non-cable programming will make it big? I think the way television has changed in 2012 opens a huge opportunity outside of cable. Look at some of the most popular shows of 2012 and you’ll find stations like HBO (“Game of Thrones” or “Newsroom”) and Showtime (“Homeland”) leading the way. Meanwhile, original programming is finding its way onto YouTube.

Television consumption is amazing – normal consumers watch a large amount of programming. As programming moves outside of normal cable packages or outside of the cable realm completely, I expect consumers will turn to Boxee to get that program they’ve heard about.

My cousin said he watches 5-6 movies per week on Netflix through his Xbox before he goes to bed. Why? Because it’s free, its easy, and it’s on his schedule. Television programming remains one of the biggest guilty pleasures out there, and as must-watch content moves from cable, look for consumers to buy the boxes and devices that can serve it.

It’s hard not to have a major online crush on Brit Moran, the founder and face of Brit+Co. She’s like a tech savvy Martha Stewart who makes life a little easier for the rest of us without making us feel bad for not having perfectly pressed pants, an amazing soufflé, or a home ready for professional photography. But Brit represents a much larger trend – technology showing off beauty of real life. Companies from Etsy (a beautiful marketplace for handicrafts or vintage items) to Pinterest (a design-inspired site for collecting images) are offering a way to showcase beautiful design and imagery. But Brit and her site (okay, let’s call it an emerging empire) seem poised to help take that to our real lives.

I think Brit+Co is poised to go mainstream this year because the huge fan bases of Etsy and Pinterest are looking for their Martha … and who better than Brit? She’ll be a featured guest on the “Katie Couric Show,” which I expect to introduce her to the masses. I’ve watched my female college and high school friends liking her on Facebook, which seems a sign of things to come.

Eric Koester is a serial entrepreneur and most recently founded Zaarly.com, a peer-to-peer marketplace to discover hand-curated local service providers. You can read more at www.ekoester.com.