CES was a big event for Oculus VR, the maker of the Oculus Rift virtual reality headset. The Facebook-owned company said it would begin shipping products on March 28 to original Kickstarter backers with a price set at $599. The preorders sold out, and Oculus is scrambling to make more.

But Oculus still faces challenges. Gaming PCs (with at least an Nvidia GeForce GTX 970 graphics card or equivalent) will likely cost around $1,000, and that doesn’t include the cost of titles. We caught up with Nate Mitchell, vice president of product at Oculus, at CES, the big tech trade show in Las Vegas last week.

Both Stephen Kleckner and I tried out the final Oculus Rift headset, and then, we interviewed Mitchell jointly. Here’s an edited transcript of our conversation. 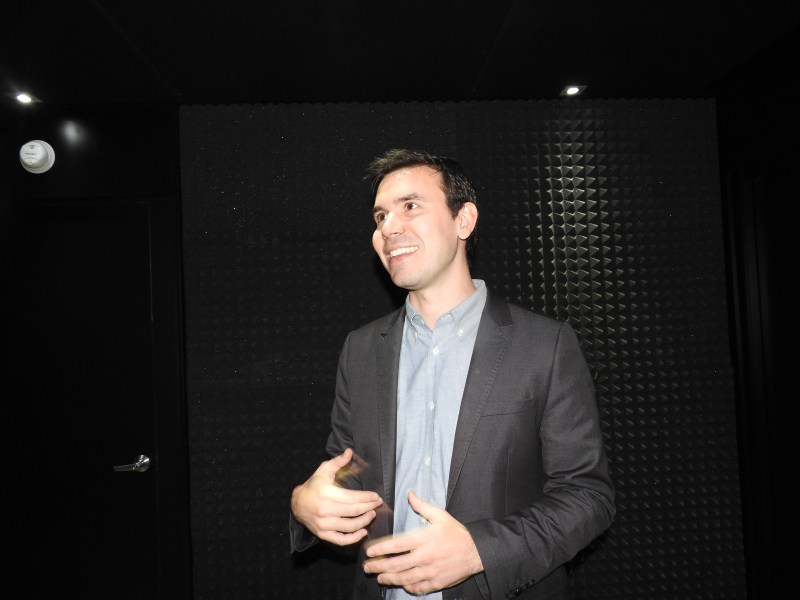 Above: Nate Mitchell, vice president of product at Oculus VR, says 100 games are in the works for the VR headset.

GamesBeat: You made your price announcement finally.

Mitchell: We did, $599. Oculus Rift preorders open today. We’re excited to share what we’ve been working on for the past three-and-a-half years with the world.

GamesBeat: It sounded like some would ship in March and more later on?

Mitchell: Absolutely. We’re launching March 28. Around that same time frame, the Kickstarter backer units we’re giving away to the [Development Kit 1] backers. Then, we’re going to produce as many units as fast as we can. Already, to be honest, we’ve met or exceeded demand up until the end of April or May. If you go to the website now, your ship date is estimated there.

GamesBeat: It’s not cheap, though. It’s probably more than you thought?

Mitchell: It’s more than we wanted it to be. The reality is that we’re selling at cost, though. That’s something we always talked about. We’ll break even on the hardware. The goal is not to make a ton of money there. We want to get VR in the hands of as many people as possible.

We’ve always optimized for the highest quality components. We spent a lot of time developing custom tracking technology, custom display technology, the ergonomics, the industrial design. All this stuff has taken a long time to nail. All of that comes together in Rift.

Over time, as the industry scales … this is an entirely new product category. Often, the high end in a new product category is going to be expensive. That price will come down over time as this thing gets to more people. Obviously, there’s competition. That will help too. This is the beginning of all that. We’re proud of the product that you get for $599. 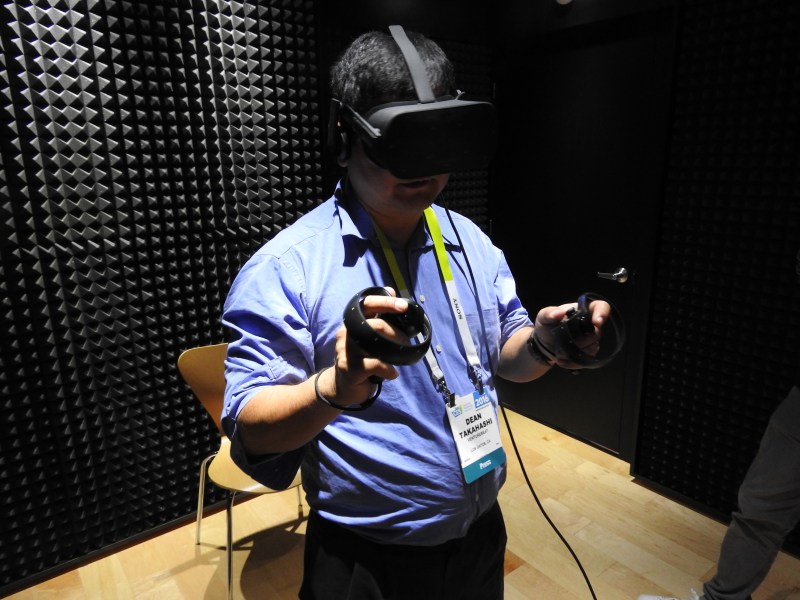 GamesBeat: It doesn’t look like a game console. Where does the cost come from?

GamesBeat: What are the big differences between the dev kit and this version?

Mitchell: We shipped [Development Kit 2] in June of 2014, maybe July. This has a new display, higher resolution display, custom VR panels running low persistence at 90Hz, integrated audio, integrated microphone, totally redesigned ergonomics, spatial interface, head strap, the load balancing across the whole thing. Inside the box, you have the Xbox One controller for that style of game. You have the Oculus remote. You have the sensor and all the cables you need to get started. You get one sensor in the box, and the second one is for Touch. Then, we’re including Lucky’s Tale and EVE: Valkyrie with preorders. That’s the package.

GamesBeat: Are preorders picking up?

GamesBeat: But launch day has sold out?

GamesBeat: Over the holidays, Nvidia talked about some stats. They said VR takes about seven times the graphics processing power as a traditional PC game. There might be 13 million PCs that can run it in 2016.

Mitchell: As far as the CPU and GPU requirements, I don’t know about the number they’re quoting there. We set our recommended spec ahead of them for the full Rift experience. For developers and consumers, everyone should be going after the GTX 970. We have eight gigs of RAM and the i5 processor too. This is the sweet spot, both in terms of cost and, more important, in terms of quality of experience. Everybody’s been waiting so long for VR. When you buy this thing, you want to take it home and have the incredible immersive experience. You’re going to need a high-end GPU to power that.

So, in terms of that exact number, I’m not exactly sure. We have Gear VR out there as well, which is its own VR experience. It’s not exactly one-to-one in terms of the way they’re describing it. As far as the number of GPUs out there that meet our recommended spec, the 13 million number is probably roughly accurate. They would probably know better than us.

What we’ve always said is that VR is going to start small and grow over time. We’ve reiterated that ever since the beginning of this thing. We don’t expect to sell 100 million units day one. As a hardware category, a new product category, with a tough GPU requirement, it’s going to scale slowly. But, we’re excited about the long-term potential and the experiences you’ll be able to have.

Remember — 2017, 2018, 2019 — all this technology will become more affordable, both the VR system and those GPUs. In the near future, you can imagine having a lower-cost VR headset plugging into your laptop and delivering the same caliber of experience we’re starting the industry at. That’s not so far away. 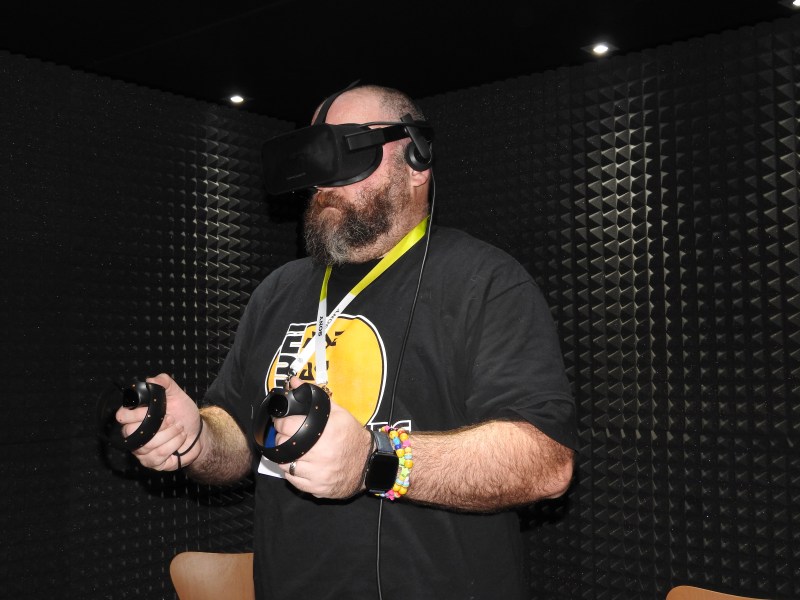 Above: Stephen Kleckner of GamesBeat tries out Bullet Train on the Oculus Rift.

GamesBeat: What’s different between, say, the $599 Oculus and the $100 Gear VR without the phone?

Mitchell: The Gear VR is the plastic with some custom [inertial measurement unit] for sensing orientation and the touch pad on the side. That’s most of what it is. Inside the Rift, you have everything you need to go forward, including the gamepad and input devices and the external sensor.

GamesBeat: And then there’s a $500 Samsung smartphone.

GamesBeat: Now that it’s a consumer product, is that going to change how developers get on the Oculus Store?

Mitchell: We haven’t really had a store until we launched Gear VR. Gear VR has hundreds of titles today, all available to everyone. On Rift, you’ll see a similar thing. We’ll have a place where you can drop in and buy all sorts of made-for-VR games and experiences. The Rift will continue to double as a development kit. If you want to open Unity or Unreal, you’ll be able to have that on the Rift and eventually publish that on the store if it’s of a caliber that you can sell to consumers.