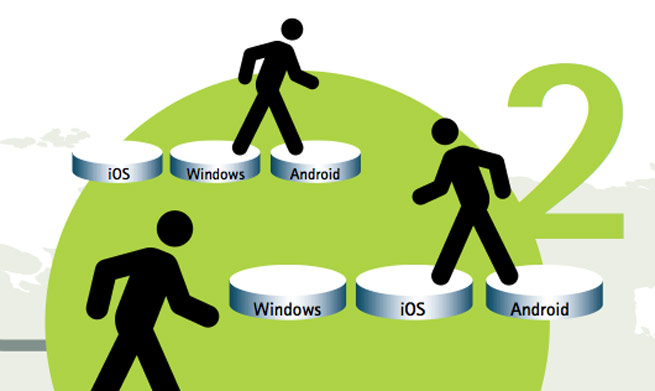 Watch out Apple and Google: Two-thirds of smartphone and tablet owners don’t have strong brand loyalty to any one particular operating system, according to a new study by Accenture.

In fact, 24 percent would switch just to see what else is on the market, 23 percent would change for a better user experience, and another 23 percent would ditch their current mobile operating system to “get access to more innovative services and applications.” 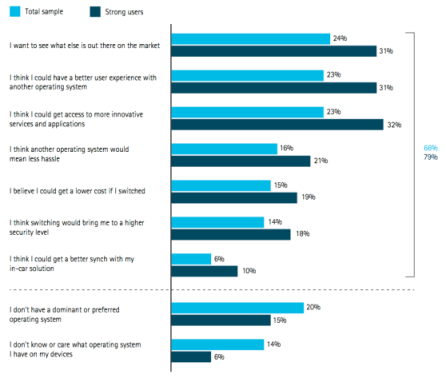 Above: Why switch mobile operating systems?

On the face of it, that’s bad news for current mobile leaders Apple and Google and potentially good news for outside-looking-in mobile wannabe Microsoft.

“Overall, our survey found there is not widespread loyalty among consumers about operating systems used on their smartphones, tablets and PCs,” Kumu Puri, a managing director at Accenture told me via email. “They are willing to try different operating systems and are not, generally, locked into using any one single platform.”

That’s somewhat astonishing, given that strength of ecosystem is one of the key factors that mobile device manufacturers see as a core strength. After all, if you’ve got an iOS device and have purchased apps, music, movies, and books, moving away from Apple means leaving all your expensive content behind.

Reasons for switching include simple curiosity — what’s on the other side of the fence — as well as lower costs, less hassle, higher security, and better syncing with an in-car system. It’s tempting to say that lower costs would come on the Android side, less hassle on the Apple side, and better in-car syncing with a Microsoft solution, but the survey did not go into that depth of detail.

Surprisingly, people that Accenture defined as “strong users” who have at least two devices running a single mobile operating system were not significantly different. Seventeen percent of the total sample thought it was “extremely important” to have all or almost all of their devices on a single platform, and only another five percent of strong users agreed with them.

“In fact, about one-fifth of this group actually seems to be strong users by coincidence,” the study says. “They say they don’t have a preferred OS or don’t care what operating system they have.”

That’s something for Google, Apple, and Microsoft to keep in mind as they build their ecosystems, who will have to reseduce customers every time they bring out new devices. 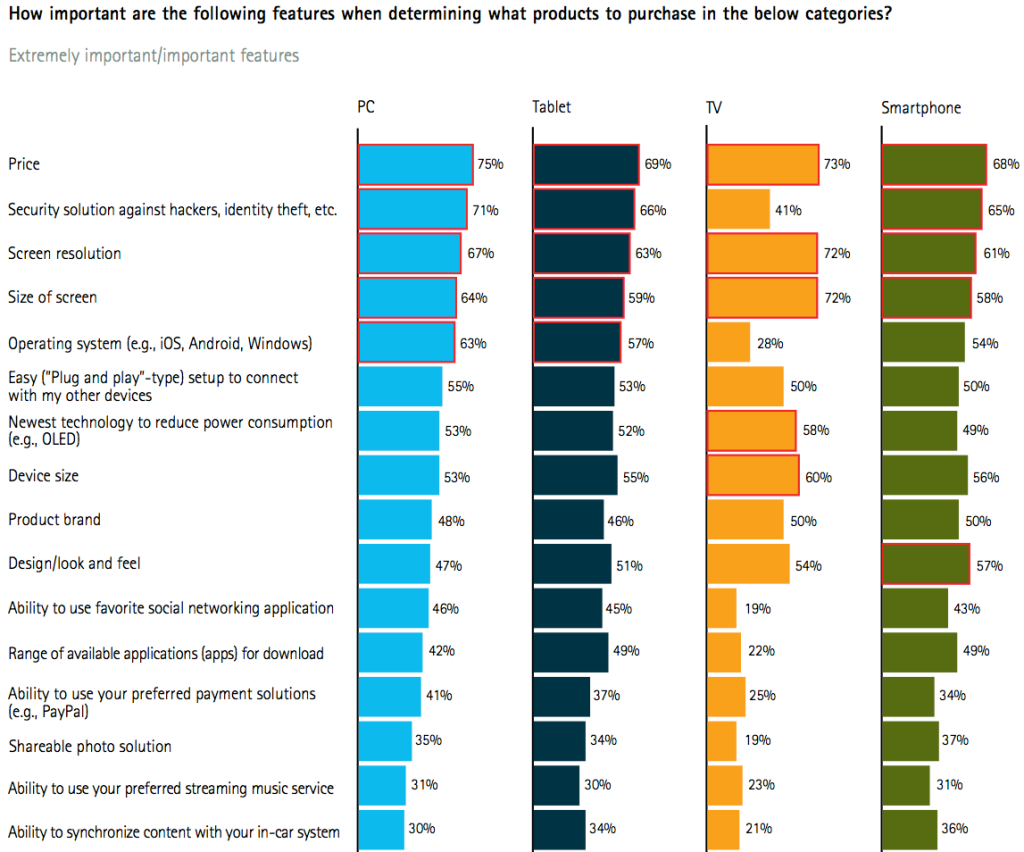