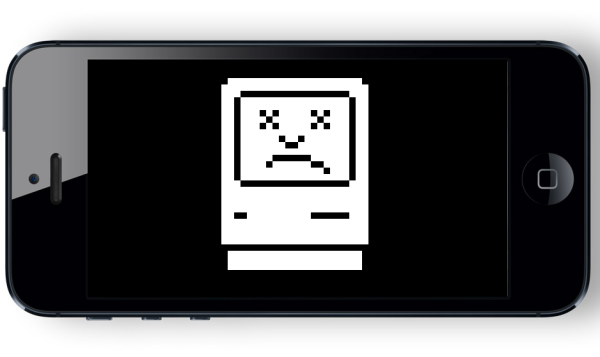 Happy about the new iPhone 5? You should be … or maybe you shouldn’t, because the announcements made today weren’t everything that we’d hoped for. In fact, some are startlingly painful. Here are eight that almost make today feel like a bad day:

1. No HD radio on the iPod Nano or any iOS devices 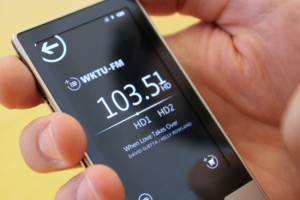 Most people may not care, but that’s just because you just don’t know about HD radio. It’s basically the same as today’s FM radio except that it’s a better digital signal rather than a standard analog signal. It’s clearer, crisper, and provides a better listening experience. Oh, and it offers up to three channels per station.

Because it’s digital, HD radio can actually have multiple channels for individual stations, so your favorite FM station can have different stations to listen to. Here in L.A., some FM stations have their parent AM radio stations shared on the same frequency, or even their webstream as another channel. That way, you get more radio stations over the same spectrum of radio waves.

But Apple completely skipped over HD radio again, as the company has done year after year since the Zune HD came out with the feature. And not only is there no HD radio, radio itself is limited solely to the iPod Nano. If you have any other Apple product (iPhone 5, iPod Touch, etc.), you’re out of luck. Because apparently if you can get Internet over Wi-Fi, which is obviously everywhere, who needs the radio?

While it’s use is minuscule today, but NFC (near-field communication) is a simple technology that allows users to share pictures, websites, and other tidbits of data by putting your phone in close proximity to another NFC-enabled device. The feature, which has been on Android phones for about a year now, isn’t on all devices, but it has made significant headway, especially in light of Google Wallet and other services which are attempting to transform our phones into our wallets.

With mobile payments in mind, and with Apple traditionally at the forefront of creating new ways for people to purchase goods, no NFC on the iPhone 5 can only mean one of two things: The company doesn’t have it’s own method of mobile transactions like NFC, or it simply isn’t done developing it and refuses to use the current standard. In either case, if you’re heading down to Jamba Juice and don’t want to pull out your wallet, don’t get an iPhone. 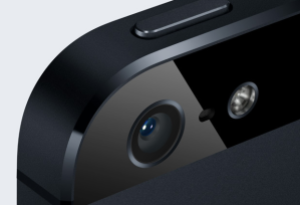 Camera technology on smartphones is all the rage these days. Nokia has their Pureview, and Apple is saying that their new camera is the best yet. I’ve done significant testing on smartphone cameras, and the iPhone 4S is still has one of the best cameras on the market. But the lens? It’s not faster. 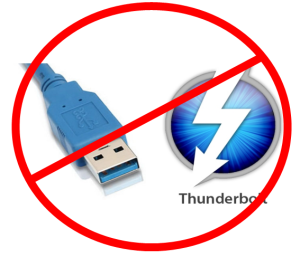 After five years of the iPhone stuck on USB 2.0, and Apple finally transitioning with their latest line of MacBooks to USB 3.0 and Thunderbolt, is it really so hard to make the most popular phone in the world transfer data through a cable a little faster? Is it?

Based on what Apple showed today, apparently it is. The new Lightning cable is a USB 2.0 connector, meaning it transfers data, if at full speed, at 35MB/s. Sure, that’s fast … but if you’re backing up gigabytes to your computer, that’s going to take a long, long time. It does today. I just backed up a bunch of new games I got for my 16GB iPhone 4S, and it took around 20 minutes to fully sync.

Is Apple addressing that problem in any way, knowing full well that they have both the technology and means to do so at little cost? Nope.

While some of the other disappointments are actually hurtful, Apple not revealing anything about the rumored iPad Mini at today’s event was a sad letdown, like waking up in the morning really thirsty for orange juice and finding an empty carton in the fridge. Then again, as Devindra pointed out late last month, the iPad Mini reveal is expected to come in October. Shucks, I guess we’ll just have to wait a little while longer.

6. The Lightning adapter is ridiculously expensive

As first discovered by Gizmodo’s Casey Chan (caution, NSFW), the new Lightning adapter that makes any older iPhone peripheral work with the iPhone 5 costs an absurdly expensive $30, or $40 for a 20cm cable. This is compared to the $10 adapter for the updated MagSafe power connectors that the new MacBook Air and MacBook Pro lines use. Charging $30 or $40 for a simple adapter is so obnoxious that it’s actually a mockery of Apple product buyers who want to use their older iPhone/iPod Touch accessories.

Because, you know, you have to pay extra if you want to use Apple’s newest toy with old equipment. We wouldn’t want to make the new, shiny iPhone look bad for no penalty.

7. No increase in available storage

As an owner of the iPhone 4S and iPad, both 16GB versions, it only took a few short months (or, in the iPad’s case, weeks) to fill up that space with games, media, and apps. Amazon CEO Jeff Bezos explained last week at the Kindle Fire HD reveal that products with high definition displays need more space, simple as that. Apple knows this full well; the iPad’s display has a huge resolution of 2048×1536, which makes apps take a lot of space.

The iPhone 5? It has a bigger display, too, but no boost in capacity. If you want a device, you can pay $200, the standard for high-end smartphones (plus a 2-year contract), or you can pay $300 for the 32GB model. Or better yet, $400 for the 64GB version. Oh, and remember, the iPhone has no expandable storage, so what you buy is what you’re stuck with. Sixteen GB isn’t enough space these days, especially with so many great apps available … but I guess that isn’t Apple’s problem.

8. No price decrease for extra storage

The only thing worse than not increasing the amount of storage is still charging the absurd $100 fine for more space. For 16GB, $200 is reasonable, but $300 for $32GB? No. Just no. And $400 for 64GB? Give me a break. Flash storage today at those capacities costs nothing; it’s essentially pure profit for Apple no matter how much they charge, and while nearly every other major hardware device charges $50 for every major increase in storage space, Apple hasn’t lifted a finger to do so.

The worst part is, as much as we hate it, if you’re low on space now like I am, the only viable option is to pay the $100 ransom for more on the next phone.