Experimental technology has become a part of the marketing campaign for the final season of A Game of Thrones. I checked out the Magic Leap One augmented reality and HTC Vive Focus virtual reality installations for A Game of Thrones at the AT&T store on Powell Street in San Francisco.

An attendant helped me put on the Magic Leap One Creator Edition glasses, which come with a computing puck that you sling over your shoulder and glasses that enable you to see animated overlays on the real world. Before me, on the floor (as you can see in the picture), was one of the White Walkers, an undead creature that was sawed in half. But its animatronic arm was still moving. 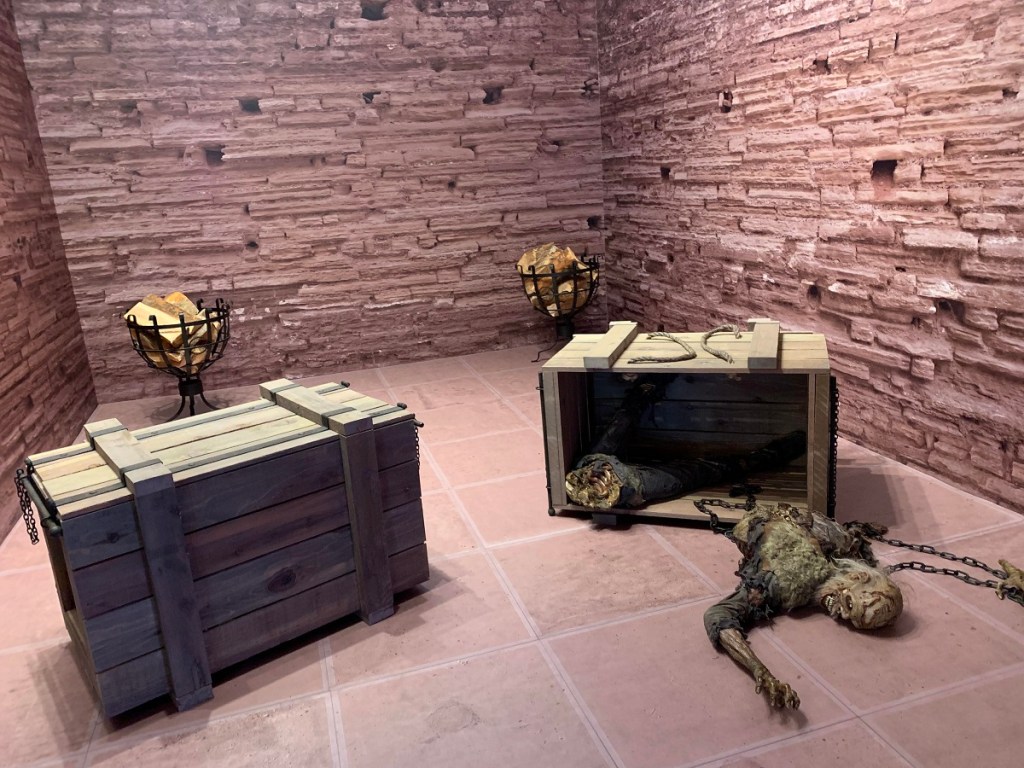 Above: The Dead are not quite dead yet.

Then, another one of the virtual Walkers started busting out of a box. I had to pick up a flaming torch and light the creatures on fire. I did so, and they promptly burned back to death. Then an ice wall on other side of the room started to crack. I had to physically walk up to the wall. When I did so, a Dragon Glass knife appeared. I grabbed it, and then a Walker busted through the icy portal in the wall. I stabbed the Walker, and then the experience ended. It was a pretty quick, accessible, and immersive experience.

The Dead Must Die experience is available at AT&T locations in San Francisco, Boston, and Chicago. It will arrive in Los Angeles and Dallas later in the month, and it will last until June 10.

After that, I went downstairs, where they were still working on setting up the HTC Vive Focus experience with A Game of Thrones VR experience. It took a while to get it up and running. But I waited. 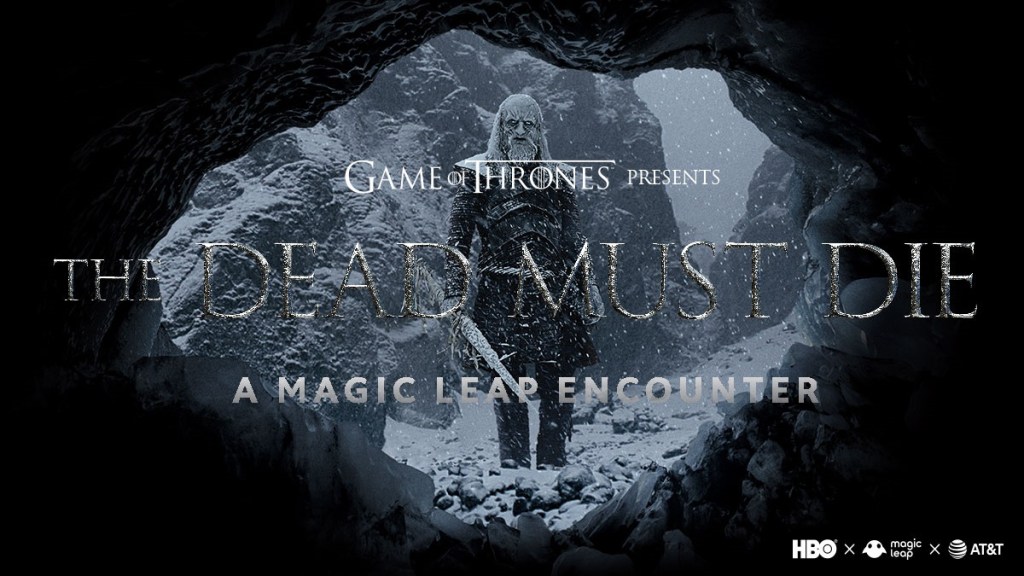 Above: The Night King in A Game of Thrones. 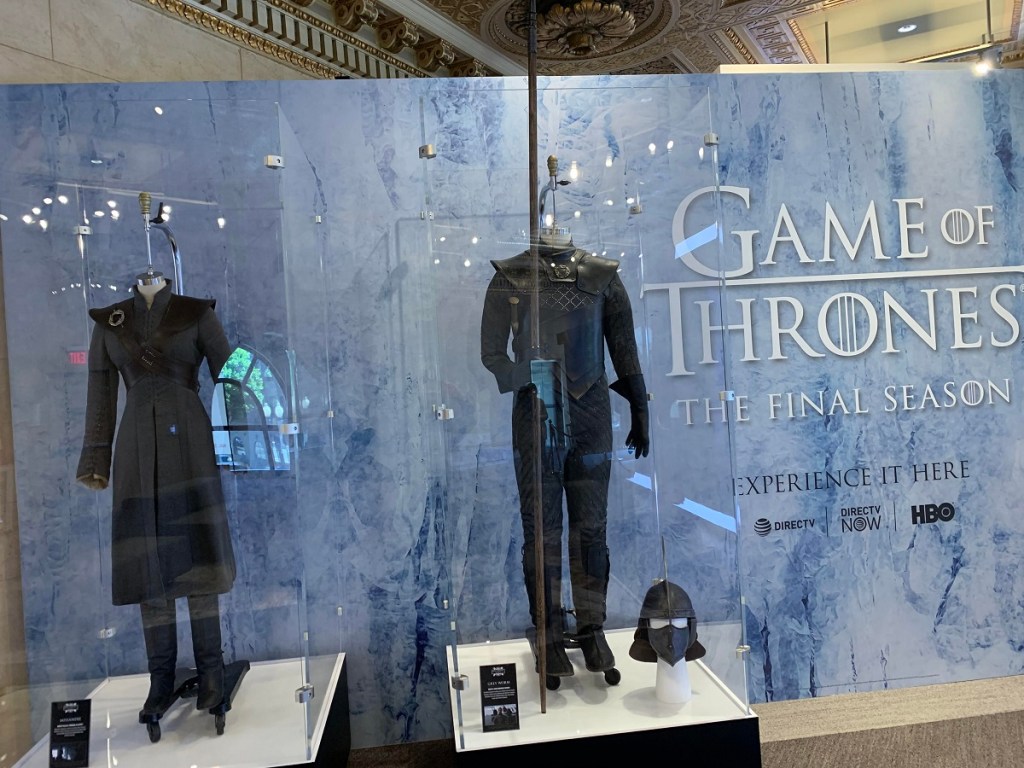 Above: This AT&T store is like A Game of Thrones museum. 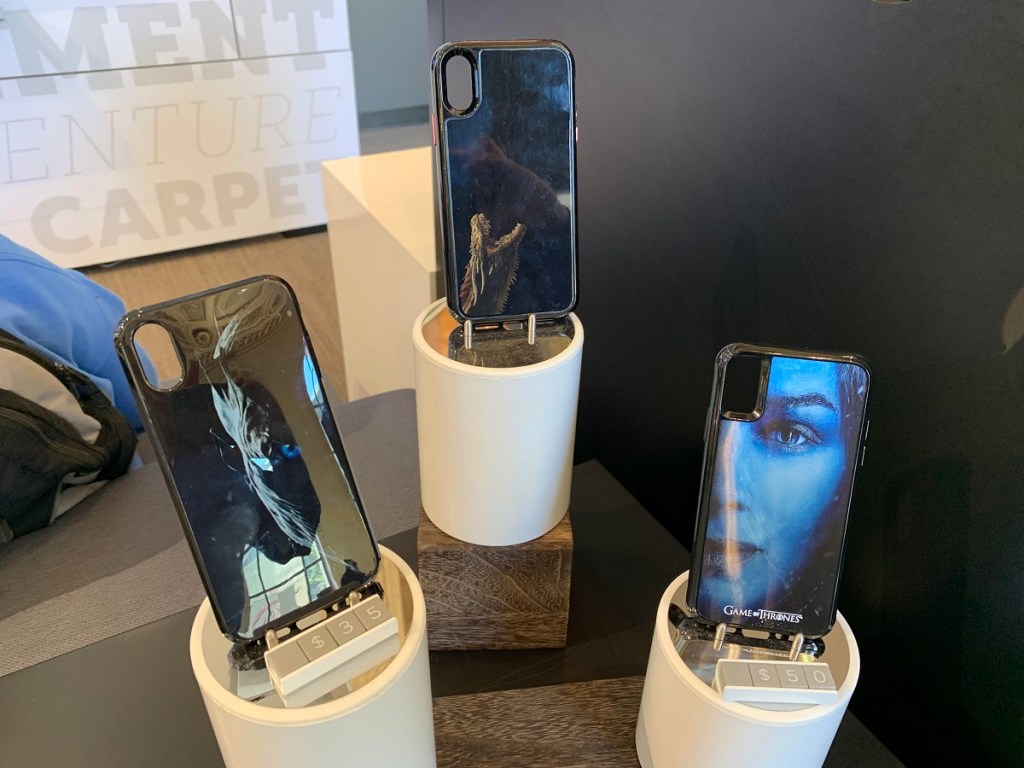 Above: A Game of Thrones merch at AT&T.

The store also had a lot of memorabilia and authentic costumes from A Game of Thrones. You can also buy a bunch of merchandise from the show and its various houses like House Stark or House Lannister. I took a poll and it asked me who would be crowned ruler of Westeros, and I voted for Khaleesi, or Daenerys Targaryen, played by Emilia Clarke. It showed that most people thought she would be crowned. I also thought I could be a good pretender to the throne as well. 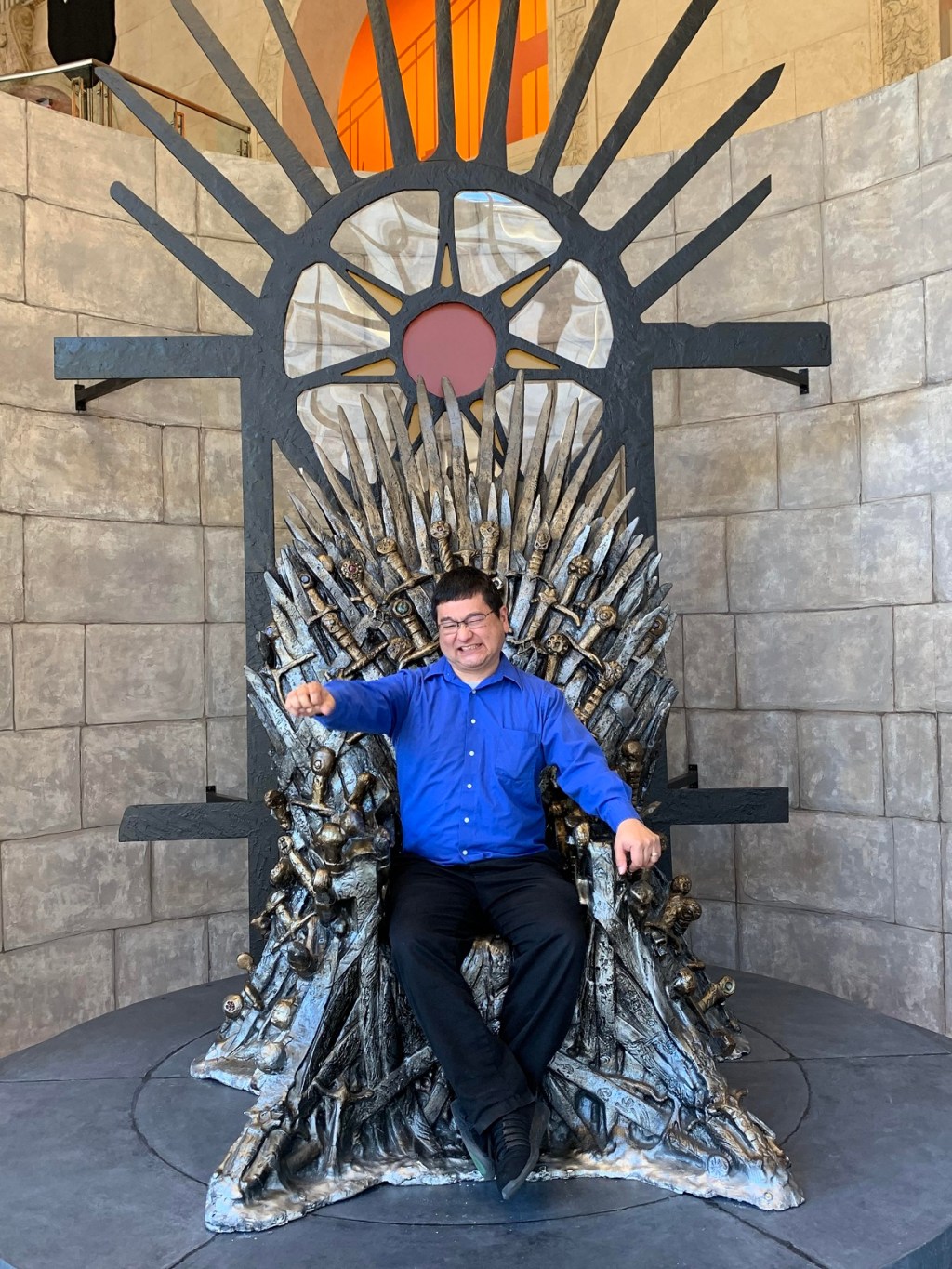 Above: Dean Takahashi getting delusional at the AT&T store at 1 Powell in San Francisco.

The Magic Leap One headsets are on sale for $2,295. Season 7 kicks off on HBO on April 14. HBO also has built A Game of Thrones online entertainment hub, where you can get episode recaps, quizzes, in-depth character profiles, downloadable wallpapers and behind-the-scenes content, this online destination is built by superfans, for superfans.

You could say they’re going all out.