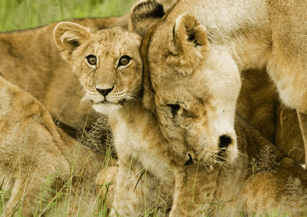 Record labels are getting killed by falling compact disc sales while music startups are still figuring out new music business models — so what are labels to do? Sue the startups for as much money, equity, share of profit or other chunk of hide as they can. Which is what three out of the four major labels have been doing to streaming music startup Project Playlist since last year. Today, EMI has apparently found a chunk it liked — the label and the startup are announcing a licensing deal today.

Now Project Playlist users can create, share and stream playlists that contain songs by EMI artists. Two down, two to go: Sony BMG already has a deal in place with the Palo Alto, Calif. startup, while Warner Music and Universal Music Group are still in court. Because of ongoing legal issues, the startup hasn’t been allowed to have its applications on Facebook and MySpace since December — these key sources of traffic.

In other words, Project Playlist isn’t able to focus on building its product and revenue streams because of the labels. This is after the company raised $20 million and hired former Facebook executive Owen Van Natta on as chief executive last November.

Historically, the company’s situation is hardly unusual. if you’re an online music company with users (Project Playlist had 6.1 million last month, according to comScore), you’ll probably get sued. But this, as many people in the tech community believe, is not the best way for the labels to ensure their own survival. CD sales are never coming back, so the industry should be focusing itself on trying to figure out better ways of making money.

Caraeff, however, seems focused on all the right things. He talked about how access to music is more important than possession. He talks about how it’s the experience that has always made music valuable, noting “you can’t steal experience.” In fact, he points out that the concept of the album is dead, but that UMG (and others) need to build a true “living album” that goes beyond the music: adding a full experience that can update over time, that allows fans to access the music however they want, and that enables interaction with that music — including fan participation and user-generated content associated with the music. And he wants it all built on open standards, to avoid a situation like the Blu-ray consortium where only a few companies have control of the system. “How do we compete with piracy? It’s creating a unique experience that can’t be easily replicated through file sharing.”

The money may not be in the songs themselves, as many artists are discovering, but in related items like concert ticket sales, swag, or access to special album releases. Meanwhile, we hear some older music startups are beginning to break even from advertising — but that’s not a reliable business in a recession, and its long-term potential isn’t clear, either. Which is why anyone daring enough to try to create a music startup should be given full leeway to experiment by the labels. For what it’s worth, Caraeff also noted in his speech that it’s hard to quickly change large, older organizations (like Universal’s legal arm, clearly) in order to focus on new opportunities. Perhaps Project Playlist will be able to add Universal’s catalog soon? All the company tells me is this: Playlist is successfully helping to promote artists from these labels and is interested in structuring deals with additional labels.