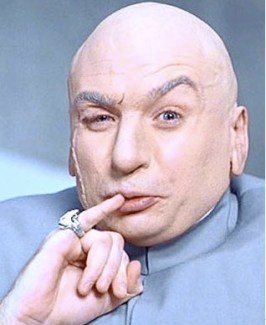 Please, no more hare-brained collusion schemes. Silicon Valley has hit its quota for the week with scandals related to the biggest tech giants and the powerful super angels, the well-heeled investors with their own funds.

Yesterday, the Justice Department blasted tech giants for agreeing not to poach employees from each other. Google, Apple, Adobe, Pixar, Intel and Intuit had agreed not to make cold calls to each others’ employees for recruiting. That behavior amounted to restraint of competition and collusion. It was a convenient détente for the companies, but it held back the careers of its employees by denying them job opportunities.

And earlier in the week, Techcrunch editor Mike Arrington wrote about how he barged into a secret meeting of super angels, who have made lots of money from serial investing and have become some of the most important investors in Silicon Valley. Three sources at the meeting told Arrington that, among other things, the group wanted to collude by holding down startup valuations.

That conspiracy seemed quite implausible, until super angel Dave McClure, who wrote a scathing and profanity-filled post in reply to Arrington, also made a first-class boo boo. McClure accidentally tweeted his thoughts about an email by super angel Ron Conway of SV Angels. McClure meant that to be a private, direct message as he quickly deleted it. But others who saw it retweeted it and now it lives forever on the web. McClure accused Conway of throwing “us under the bus.” Then Conway’s email surfaced. Conway raked the group of super angels over the coals for the attempted collusion and, though his own firm member David Lee was there at the meetings, distanced himself from them. The net effect of the revelations was that it certainly seemed like there was an attempt at collusion, even if it wasn’t precisely clear who was doing the colluding. That’s for the Justice Department to figure out. The feds might want to bust some of these brilliant folks for being so dense, though.

What these two schemes share in common is how implausible they are, and how silly the attempts to hold back market forces are. The six non-poach-agreement companies somehow thought they could hold back the freewheeling culture of Silicon Valley, where the credo is to be loyal to what you do, not to be loyal to any one company. They didn’t control enough of the job market to be able to restrain employees from being mobile, but they tried anyway. For such a scheme to work, the executives of these companies could make a handshake agreement not to steal from each other. But to make it stick across such large companies, they had to codify this kind of illegal agreement. That probably left a big paper trail that eventually came to the attention of the Justice Department. It’s crazy that these companies thought they could get away with it and that no one would find out.

The alleged super angel collusion shares the same qualities. As angel investor Chris Yeh pointed out in a post on VentureBeat, the alleged super angel scheme was an attempt at price fixing, to hold down valuations of startups so that angels could invest less of their own money and reap higher rewards upon cashing out.

But for price fixing to work, you must have control of a market, just as OPEC controls oil production. Yeh noted that the 10 or so super angels might have each had $50 million funds. That amounts to about half a percent of the $20 billion in angel investing that happens in the U.S. These super angels don’t have the market power to enforce a price-fixing scheme.

Add to this the fact that rising valuations of startups are good for angels. If valuations are rising, that means the market is heating up. Startups may command more money when they raise it. But they will also sell for more money. So why would the super angels try to fight market forces? That’s what makes the scheme so implausible. Arrington compared the meeting to a scene from the Godfather. But this is really more like the kind of scheme you would expect from Dr. Evil, the incompetent bad guy in the Austin Powers movies.

It reminds me of mobster movies such as Good Fellas, where even the mafia has trouble keeping a lid on the biggest secrets because there are always stool pigeons and undercover agents and braggarts who want to talk about their evil deeds. The lesson for those who want to commit clueless conspiracies is that there is always the danger that someone is going to leak the evil scheme to the world.

It might sound like I’m making an argument for smart conspiracies, not clueless ones. But that’s not the case. The sad thing is that the conspiracies are very dispiriting. Imagine how the employees at these companies feel about trusting their employers to keep their best interests at heart. And, as an entrepreneur, would you trust a super angel to give you a fair deal now? Silicon Valley runs on trust. When someone who should be a vital part of the ecosystem betrays that trust, it’s very demoralizing and it slows down innovation.