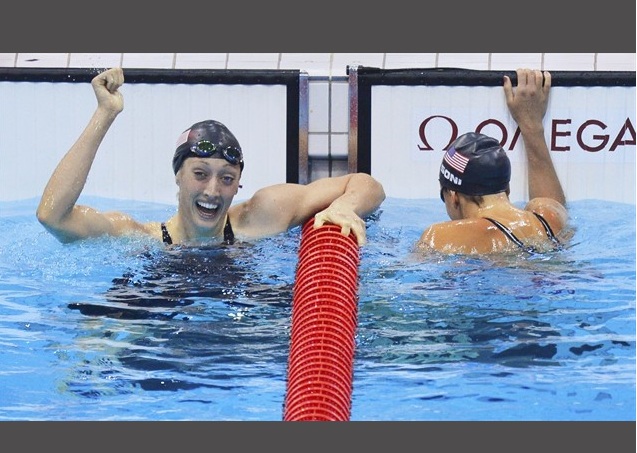 NBC has been getting a lot of flak on social networks lately for its handling of the Olympics. Because of the time difference between the United States and London, most of the high-profile events are shown with a delay of several hours.

This is well after the results are known to people who check the news online or read their Twitter stream.

I agree with a lot of the complaints. It’s 2012. The world is networked thanks to Sir Tim Berners-Lee. He was even featured in the opening ceremonies. (If, like the NBC commentators introducing him, you don’t know who that is, check out Wikipedia.) We know what happens as soon as it happens. Many of us have computers at our desks and can watch live streaming coverage any time of day. Some people care about obscure “sports” like dressage and handball.

But, to put it in terms that Silicon Valley understands, we’re edge cases.

We’re not like most of the people in this country.

That is the audience that NBC is catering to. For them, NBC is doing a pretty damn good job.

Now, this doesn’t fit my style of viewing. I hate the sappy features. I TiVo the nightly Olympics broadcast and fast forward through all of the commercials, featurettes, interludes while waiting for scores and sappy features. I’ve nicknamed my TiVo’s fast forward button “Bob Costas,” because I hit it every time I see his face. I can watch five hours of Olympics programming in about two hours. If I happen to hit the live mark, I flip over to Netflix and watch an episode of Breaking Bad until there’s enough Olympics in the queue that there’s stuff for me to skip over.

But, again, I’m an edge case. Most people don’t have a TiVo, Apple TV, and Roku box. (And almost no one has the Nexus Q.)

Could NBC do better? Absolutely. But television is a complex business with a lot of mouths to feed. There are local affiliates, content producers, the networks, and cable and satellite providers. And the advertisers want to get their money’s worth.

Sports programming in particular has some especially big mouths, starting with the International Olympic Committee. NBC paid $2.2 billion for the rights to broadcast the 2010 and 2012 games to the IOC. That’s more than Google paid for YouTube. And that doesn’t include the substantial production costs. It’s not uncommon to broadcast major sporting events at a loss because the exposure can be used to promote the network’s other programming.

Comparisons to other countries are foolish. Many countries have state-subsidized television. In the United Kingdom, the BBC gets substantial revenues from a television licensing fee paid by consumers at a rate set by the government. The BBC also pays substantially less for broadcast rights to the IOC.

Change of the sort that Silicon Valley wants in the television business is going to take 10 to 20 years. TiVo was introduced in 1999. 13 years later, only about 43% of households in the U.S. have DVRs. (And most of them aren’t actually TiVos.) More households have VCRs than DVRs.

Sports fans already have access to way more Olympic coverage than ever before. Instead of one network, NBC is offering coverage on multiple networks. And it is making thousands of hours of content available through online streaming for people who prove they have a pay-TV subscription.

Like many product managers throughout Silicon Valley, NBC has to make the best product for the greatest number of people.

Some fixes are within NBC’s control. For starters, get Bob Costas to stop being an arrogant ass during the parade of nations or when talking about foreign athletes. (If someone like him were to describe Americans on a foreign network, our athletes would be introduced, “Here come the Americans. They’re known for shooting each other for no reason and starting wars just because.”)

NBC should also learn that once something is out on the Internet, it’s hard to undo it. Reporter Guy Adams posted the email address of NBC’s Olympics president Gary Zenkel on Twitter. He encouraged people upset about NBC’s coverage to email Zenkel at Gary.zenkel@nbcuni.com. NBC complained to Twitter and Twitter suspended his account.

Clearly, NBC is unfamiliar with the Barbara Streisand effect. They should look it up. Possibly using that thing that Berners-Lee created.