Stephen Kane is in the business of finding planets that we could live on, after humanity goes to the stars. The assistant professor at the physics and astronomy department at San Francisco State University made news this spring when he and other scientists discovered Kepler-186f, the first Earth-sized planet that could theoretically support life.

Kane has made it his business to find exoplanets, or planets around distant stars that could support life in a “Habitable Zone.” Such zones are at a distance from a star that is similar to that of the Earth from the Sun, and planets within these zones might be able to support liquid water. More than 1,500 exoplanets have been identified so far, and 51 have orbits within the Habitable Zone.

Kane’s research is relevant to the upcoming computer game, Sid Meier’s  Civilization: Beyond Earth, which debuts on Oct. 24. In the sci-fi game, global warming forces humans to find other planets to cultivate or conquer. We talked with Kane about his research and the game, and where science meets science fiction. Here’s an edited transcript of our interview.

GamesBeat: It sounds interesting, having this combination of entertainment, science, and education here. Is it fun to have your subject matter turned into a major video game? 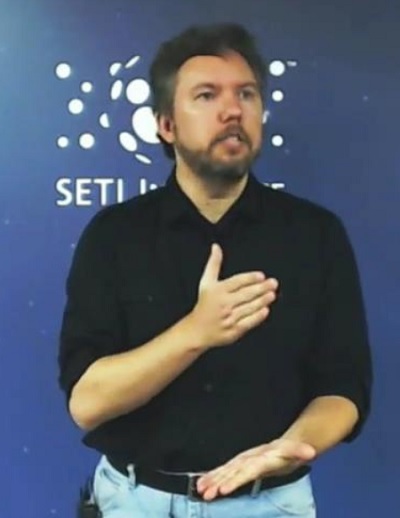 Stephen Kane: Oh, yeah. It’s a perfect meld, in my opinion. The planets that we’re discovering right now are the kind of planets that science fiction has been talking about for a long time. It’s this interesting crossroads, where the two are now finally able to meet. The assumptions that science fiction has made for a long time, about these planets being out there, we now know are real.

Being able to put a real planet into a game, a science fiction environment, where the player can choose to go to this planet – which they know is actually out there – inspires a great deal of imagination.

GamesBeat: How did you get involved here? Did you already know the developers? Did they seek you out?

Kane: It’s funny, the way it worked out. When we made the announcement about the new planet, I did a whole bunch of interviews talking about the discovery and how exciting it was. It just so happened that Firaxis and 2K were working on the idea of exploring new planets at the time. They contacted me and asked if I would like to be involved.

GamesBeat: Were you able to have some input ahead of time, so that they could make this more accurate inside the game?

Kane: At this point, a lot of the information about the new planet is public. It’s in my publications about the planet. They were able to get all the information they needed to put that straight into their game. Going forward, though, I have a whole list of other planets, which I’m now feeding them and which maybe can make it in as well.

GamesBeat: Could you explain some of your research at this point, about the ideas of habitable planets or exoplanets?

Kane: I’ve been working in this area of research for almost 20 years now. I started doing it when the whole field of exoplanets became popular in the mid-‘90s. That was when the first planet was discovered orbiting a star like our sun. That star is called 51 Pegasi. It’s in the Pegasus constellation. It’s visible to the naked eye. That started a lot of excitement – “Wow, after all these centuries of just talking about this, we can study it.” It inspired a lot of effort to work on better instruments and better observations to try and find more of these things.

That brings in the whole subject of habitability. Do we think these planets are habitable? It’s hard to say at the moment, because of course we don’t have detailed pictures of their surfaces. But what we do know is what works in our own solar system. We know how far away a planet needs to be from a star to have water on the surface. We use the presence of liquid water as a proxy for habitability. What we then do is look for planets which are the right distance away from their star such that they could have liquid water on the surface. That’s our starting point.

GamesBeat: How many have you identified at this point?

Kane: There are only a handful of Earth-size planets in what we call the habitable zone of their star. Kepler-186f is the first and the most exciting of these, because it’s the one closest to the size of the Earth and the right distance from the star.

We’ve found a lot of larger planets in the habitable zone, but those tend to be much more massive, like Jupiter. It’s an interesting thought experiment, though, to consider what would happen if we took Jupiter and all of its moons and moved it to the Earth’s orbit. Would any of the moons of Jupiter be more habitable than they are now? We’re also thinking about moons of these giant planets, about whether conditions there would be favorable as well. 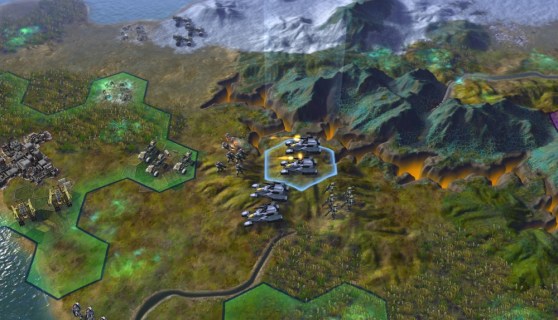 GamesBeat: Have you had a look at some of the gameplay in Beyond Earth? Do you see any interesting science within it?

Kane: I’ve seen what a lot of people have – the trailer, screenshots, I’ve read a lot about the gameplay. The design team who have been working on this have put a lot of thought into the kinds of planets which are available in the game, describing what they might really be like in relation to existing exoplanets. That’s where I’m hoping to have a lot of input and help guide around that particular area, so we can provide more of these kinds of planets that people know are real.