When I was a youngish “tech lawyer” in D.C., I discovered that every D.C. lawyer advocating for tech entrepreneurs thought they were full-blown tech lawyers. We were not. We were policy advocates.

I learned this the hard way, perhaps at the expense of my own terribly innovative client. I was a lawyer for a startup that had the potential to dramatically disrupt the telecom sector. My client, Free World Dialup (FWD), was launching a peer-to-peer IP network that would provide for free global voice communications. Sound familiar? That’s because FWD paved the way for another startup — Skype.

But FWD was Skype before Skype was Skype. The difference was that FWD had U.S. attorneys who put the reigns on FWD to seek FCC approvals to launch free of regulatory constraints.

In lightning regulatory speed (18 months), the FCC acknowledged that FWD was not a telecom provider subject to onerous telecom regulations. Sounds like a victory, right? Think again. During the time it took the FCC to greenlight FWD, the foreign founders of Skype proceeded apace with no regard for U.S. regulatory approvals. The result is that Skype had a two-year head start and a growing embedded user base, making it difficult for FWD, constrained by its U.S.-trained attorneys, to compete.

Conversely, every lawyer within the tech centers from Silicon Valley to Silicon Alley thought they were “tech lawyers.” We, too, were not. Frankly, we were largely clueless on the trajectory of evolving policies and politics that would dramatically affect the prospects of our tech clients. When that rare attorney came along who understood the trajectory and implications of tech policy and politics, great ventures were launched.

I point to CMP.ly, a company founded by a lawyer-turned-entrepreneur — and an early client of my students and me — who anticipated where Federal Trade Commission (FTC) disclosure obligations were headed and created a platform to help companies comply with those regulations. CMP.ly is a venture that only a legally-astute and policy-aware entrepreneur could have launched.

I resolved to play a role to ensure that the next generation of tech lawyers was well versed across the spectrum of substantive and procedural issues needed to provide meaningful counsel to their tech entrepreneurial clients. Knowing the intricacies of tech transactions without knowing how policy would affect the venture does a disservice to the client. Advancing policy reform without really understanding the needs of tech startups does a disservice to tech ventures and the future of tech and entrepreneurship.

Eight years ago, I was working with tech-oriented startups and simultaneously teaching telecommunications law as an adjunct professor at Brooklyn Law School. Every 22-year old I met had an idea that she thought would become the next Google. None of these upstarts, although often well-educated, had the independent expertise, or the financial resources to hire competent counsel, to turn their ideas into sustainable ventures upon solid legal foundations. Frankly, few NYC-based tech lawyers were even equipped to understand the full ramifications of next-generation startups pushing the limits of law and policy.

At the time, I also observed that many law students were frustrated entrepreneurs themselves. They often went to law school because they didn’t believe they could spend the next three years of their lives mono-maniacally focused on their grand quixotic ventures. So, why not train this next generation of lawyers to think like the next generation of entrepreneurs? This would let them work together to transform legal education and the legal profession while advancing the needs of next generation startups. 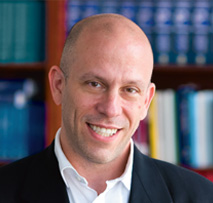 Jonathan Askin founded the BLIP Clinic when he joined Brooklyn Law School in 2008, bringing more than a decade of experience in the communications industry from both the public and private sectors. He has provided legal and policy counsel and strategic advice for companies that build and develop communications networks and Internet applications, as well as for other technology-oriented enterprises and startups. A sought-after expert in the field of Internet law, he played a key role in the tech task force of President Barack Obama’s 2008 election campaign. He has also served as president and general counsel for the Association for Local Telecommunications Services and was a senior attorney at the Federal Communications Commission. He is actively involved in developing Brooklyn as the 21st century “Silicon Alley.”