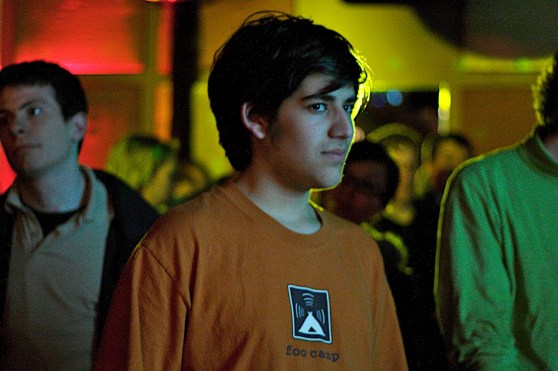 I spent much of the past few days thinking about Aaron Swartz and what a loss we suffered when he took his own life last week.

His passing breaks my heart. I didn’t know him, though he was in my circle: I know many people who knew him well. But he made my life better, and every day I use technologies that he contributed to. Whether that was working on an early version of the RSS spec, laying out the Python framework for web applications known as web.py (used by many sites now, including Reddit), or working with Larry Lessig on the launch of Creative Commons, he had a knack for finding useful projects where his considerable talents could make a real difference to millions of people. I use the fruits of those projects constantly.

That, in a nutshell, is the focus of what I look for and try to write about: technologies that have the potential to make a difference to millions.

Unfortunately, most of what tech journalists wind up writing about instead are technologies that have the potential to make millions (but only for a few people).

No one can blame entrepreneurs for getting excited about the possibility of a big payday. If you create something amazing, work your ass off for years to make it work, and you find a market that’s eager to use it and to pay for it, congratulations. You deserve everything you’ve earned.

But what about changing the world? Sure, many entrepreneurs say they’re really in it to change the world, not just get rich. I’m not sure I buy it. For every founder who is sincere about that motto, there are probably nine others who just give it lip service because they know it’s a reliable way to demonstrate deep commitment to investors, employees, and customers.

If more people were really serious about changing the world, they’d be following Swartz’s path: reading voraciously, trying new things, gabbing about them with other people, building things that matter, and relentlessly optimizing for productivity.

He made some money from the sale of Reddit to Condé Nast, but blog posts from his friends in the past few days suggest he wasn’t wealthy. He certainly wasn’t motivated by money. After Reddit, he engaged in a series of ambitious and sometimes amazing projects, including Demand Progress, a nonprofit he started to win progressive policy changes, using clever, online grassroots organizing tools. He helped liberate public-domain court documents from the for-fee database they were (and still are) stored in. And, in the action that got him in trouble, he helped liberate a large chunk of academic journals from a nonprofit publisher, JSTOR, which — coincidentally — started doing the same thing last week, in a small way, by offering limited free access to individuals.

Few can say they’ve been so selfless. Jon Postel, who died in 1998, helped ensure the stability and fairness of the Internet for decades by overseeing, almost singlehandedly, the Internet’s address space. The late Michael S. Hart founded Project Gutenberg, digitizing thousands of public-domain books and distributing them widely. Carl Malamud has helped put the SEC’s database online and continues to be a relentless advocate for open access to public information. But these are rare exceptions.

Swartz clearly was a difficult, confounding person whose personality often brought him into conflict with authorities, coworkers, and friends. Not everyone agreed with his progressive political values, and even those who agreed often took exception to his methods. But he was also clearly a generous, giving person who used his considerable talents and time in the best way he saw fit, to improve the Internet and the world, with little regard for his own profit.