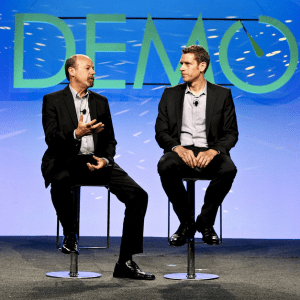 One of the fastest-growing markets for tech products is the 78 million baby boomers living in the United States. Yet tech products are too often designed without older consumers in mind.

This omission is surprising, because boomers currently represent 1/3 of the U.S. population and have more than $3 trillion in disposable income, according to AARP.

The membership-based organization, which serves the needs of Americans 50 years and older, is putting a spotlight on the opportunity and need for greater entrepreneurial and venture capital-based technology that serves the needs of boomers. To that end, the company has come to Demo, a major new-product showcase this week in Silicon Valley.

“How do we get some excitement about a huge growth market that is so clearly underfunded?” says Jody Holtzman, who is senior vice president of thought leadership at AARP. “Being here, at Demo, is part of the answer. We want to draw the attention of the venture community and entrepreneurs to the opportunity.”

Many attendees at the Demo 2011 conference may be surprised to see AARP’s name displayed alongside Platinum Sponsors like Qualcomm and Microsoft. The same reaction happened when AARP showed up at the 2011 SXSW conference in Austin, TX. The first question Holtzman typically gets asked is “what in the heck are you doing here?” But he says people understand AARP’s presence after his 10 second pitch.

“AARP is continually looking for new ways to shape and transform society so that aging Americans are living their best lives,” he says. It’s a line you can tell he uses often but still means it. “The positioning of the organization is about living; not aging. Regardless of age, everyone has a ‘what’s next?’ and technology is essential to people’ ability to extend their lives in a quality way and have fun and pursue their dreams.”

His explanation harkens back to the famous words of AARP founder Ethel Percy Andrus: “What we do, we do for all.” Every American, if we are lucky, will eventually become an aging American. The AARP hopes new technology will take this into account.

This year the AARP announced $18,500 Innovation@50 scholarships for two winning companies at the Demo conference. AARP did not want to call out which of the roughly 80 presenting companies got scholarships, similar to the way students with scholarships don’t get pointed out in schools. Scholarships were awarded to entrepreneurs focused on meeting the needs and wants of the 50+ population. The two companies were given money but not any direct access to AARP’s members. AARP hopes these scholarships encourage innovation and don’t want companies to see it as an easy access to its members. This isn’t a cake walk, in other words.

Like DEMO, AARP requires that proposed products solve a commercial problem. The product must make an impact and change the marketplace or create a new one. The management team must be capable of delivering the product to market. There were 14 applicants for this round of Innovation@50 scholarships. The technology pot is starting to bubble with boomer tech potential.

“Look at the way green technology took off,” says Jeffrey Makowka, the senior strategic advisor at AARP. “Socially responsible technology is difficult, but the payoff is huge.”

Makowka says the key to making technology for boomers is to embed, on the front end, a sensitivity and appreciation for the needs and preferences of older people. This will typically result in a product that everyone can benefit from. But then there are cases where a product unintentionally benefits everyone, not just the target audience. He points to the Nintendo Wii as an example of this “happy accident.” It was designed to expand the product younger but ended up getting picked up by senior bowling leagues. Suddenly Nintendo had a product for everyone.

Which reminds us that not just individuals, but families are being affected by aging.

“We have over 44 million caregivers in the U.S. and this is a big topic on the minds of boomers and seniors,” says Mary Furlong, the president and CEO of Mary Furlong & Associates. She helps corporations, entrepreneurs and investors reach the boomer and senior markets.

“Boomers spend more time online and purchase more online than other generations,” says Furlong. “It is best to think of the boomer, senior market as an emerging market. Many companies in the tech sector do not want to describe the product as boomer or senior friendly, so it is sometimes hard to quantify the market.”

For example, a major U.S. bank asked that their boomer strategy and technology not be shared in this article.

“AARP can help drive the innovation,” says Furlong. “They have deep data about customer need and purchase patterns. I envision a day when we have hybrid social venture investments between large non profit organizations in aging such as AARP and venture firms who want to enter this market.”

AARP is a Platinum Sponsor at the DEMO Fall 2011 event taking place this week in Silicon Valley. Our coverage of them remains objective.