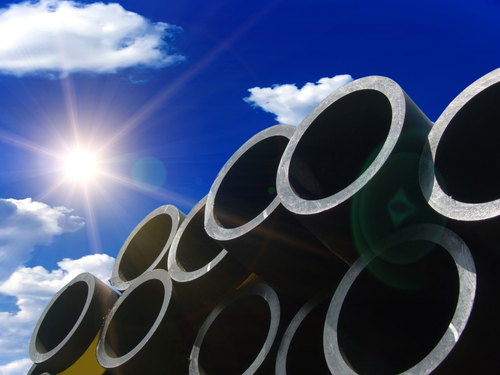 What would happen to your city if all the taps ran dry? We can’t survive without water, but water shortages will effect many of us in the future due to population growth, climate change and crumbling water networks.

Electricity infrastructure provider ABB, often described as one of the “Four horsemen of the power grid“, just boosted its water business by leading a $6 million investment in water infrastructure monitoring startup TaKaDu.

“Water is a key focus area for ABB and this investment will further strengthen our power and automation offering for the sector,” said Franz-Josef Mengede, head of ABB’s Power Generation business.

Lux Research published a report last year which estimated the size of the water infrastructure repair (drinking and waste water) market at $17 billion a year worldwide. Cities lose large amounts of water through leaks and inefficiencies. Water companies call this  “non-revenue water”, since they treat the water but cannot charge for it since it does not reach customers.

“A city such as London loses 30 percent of its water; over 600 million cubic meters, ” said  TaKaDu’s VP of Marketing Guy Horowitz. “A cubic meter can cost anywhere from a $0.20 to a few dollars, so we’re talking about hundreds of thousands of dollars, if not millions, per day. Indirect losses such as road and property damage, traffic interruptions, paying detection crews and repair crews, and in many cases regulatory fines, amount to hundreds of millions per year in large cities. ” The situation is much worse in the developing world where water that could supply 200 million people is lost every year.

TaKaDu offers water infrastructure monitoring as a service. The company’s software links to existing sensors in the water network like flow meters, quality sensors and pressure meters. Geographical information system (GIS) data, maintenance records, access control records and seasonal fluctuation data is also used. All this data is crunched to detect problems like leaks,  inefficiencies and faults in the water network.  Thames Water, which runs London’s water system, detects leaks up to 9 days earlier with TaKaDu than with its previous system.

TaKaDu uses various data mining techniques to identify problems. One example algorithm is cross-site correlation that matches up neighborhoods which display common water consumption behavior over time.  “Assume your neighborhood’s consumption goes up by 10 percent while the ‘similar’ neighborhood does not, ” explains Horowitz. “That may indicate a problem, while if both increase it may indicate a warm day, or some other benign explanation.”

In general, the water management business makes minimal usage of IT and is grappling with outdated and decaying infrastructure. Leaks were often only detected manually or by comparing current system behavior to historical behavior, such as last year’s pipe pressure compared to this year. Having an operator inspect a pipe manually inch by inch is still a common practice to track down a local leak, as is replacing an entire pipe. Even small water companies have hundreds of miles of piping. A town of 50,000 typically has more than 200 miles of wastewater pipe alone.