Global consulting firm Accenture has released its top five tech trends for 2016. And the good thing is that they aren’t just more of the same.

The trends from the Accenture Technology Vision 2016 report focus on changes that will impact enterprises in the next three to five years. The report is aimed at putting the digital revolution into context for companies that need to shift their strategies for the coming years. The digital economy now accounts for 22 percent of the world’s total economy, up from 15 percent in 2005. That percentage will grow to 25 percent by 2020. And the disruption caused by digital isn’t over yet, said Paul Daugherty, chief technology officer at Accenture, at an event in San Jose, Calif. on Monday.

In a survey of executives, Accenture found that 28 percent believe technology will change at an “unprecedented rate” over the next three years. Fifty-eight percent said it would increase rapidly. Thirty-seven percent of executives said that the need to retrain the workforce is significantly more important today compared to three years ago. Daugherty pointed to massive shifts, like General Motors investing $500 million into ride-sharing service Lyft in an effort to transform itself from a car maker to a transportation services company. Before the recent turbulence in the stock market, unicorns (startups that have a $1 billion valuation) were being created at a rate of one per week.

The report highlights the “people first” technologies that will transform digital culture.

“We try to take a different approach from others,” Daugherty said. “We look at the implications of what we are seeing. We really do live in amazing times. We have a supercomputer in our pockets. We have software-defined cars where we can download updates to them. These are part of changes that are leading to a tremendous disruption in business.”

Without further ado, here are the trends. For comparison, here’s a link to last year’s trends.

Intelligent automation is the launching pad for new growth and innovation, but it won’t simply be about replacing people with technology, the report says. Powered by artificial intelligence, the next wave of solutions will gather unprecedented amounts of data from disparate systems and — by weaving systems, data, and people together — create solutions that fundamentally change the organization, as well as what it does and how it does it, Accenture said.

One sign of the future: The Timbre restaurant in Singapore has drones that clear dishes from tables to the kitchen, leaving the waiters and cleaners free to focus on other tasks in the restaurant. That’s not necessarily the smartest use of drones. But we’ll get there.

Siemens also has a lights-out factory with a lot of automation. But that factory has more than 1,150 employees supporting it, with people in different roles than they occupied before. Key technologies for this trend include natural-language processing, computer vision, knowledge representation, and reasoning and planning intelligence.

In a survey of Accenture’s clients, 70 percent of executives say they are making significantly more investments in A.I. than two years ago, said Marc Carrel-Billiard, global technology R&D lead at Accenture.

Carrel-Billiard added, “People will become more efficient. They will move on to other jobs and better jobs. The technology does not replace them. It can make their jobs more interesting.” 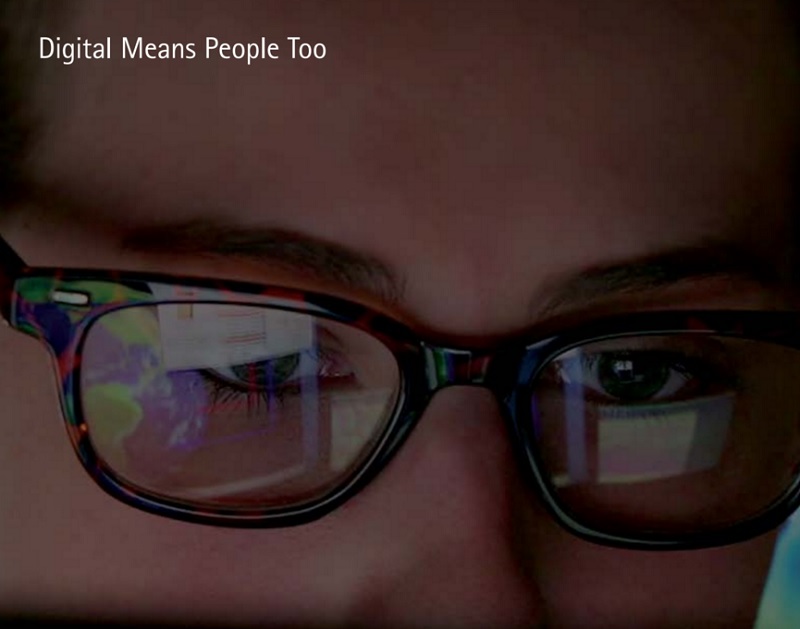 Above: Accenture highlights the importance of a digital-savvy workforce.

The changes from the digital revolution will create a state of culture shock for workers and corporations. Companies have to invest in the tools and technologies they need to keep pace with constant change in the digital era. But there is typically a critical factor that is falling behind: the workforce. Companies need more than the right technology; they need to harness that technology to enable the right people to do the right things in an adaptable, change-ready, and responsive liquid workforce, Accenture said. That flexibility is required to get past “digital culture shock,” and technology has to empower that flexibility, Daugherty said. The job of the employee isn’t static; the job is to make the company more successful. 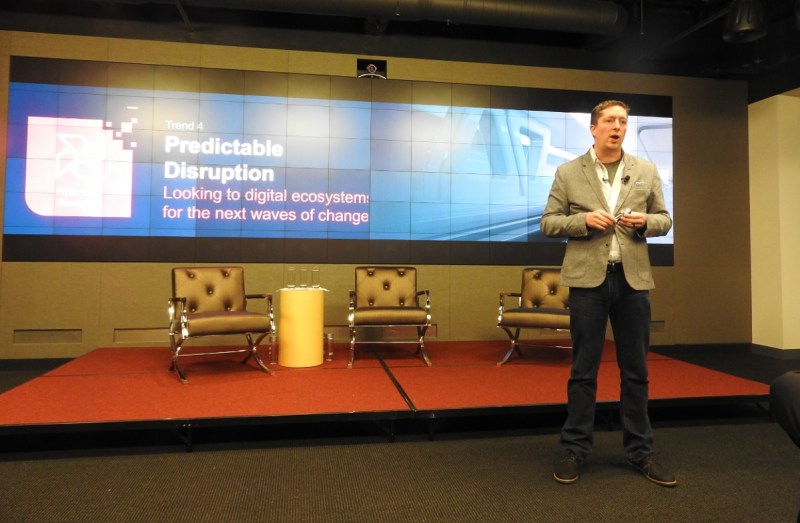 Above: Michael Biltz, managing director of the Accenture Technology Vision.

Accenture also declared that the next wave of disruptive innovation will arise from the technology-enabled, platform-driven ecosystems now taking shape across industries. Having strategically harnessed technology to produce digital businesses, leaders are now creating the adaptable, scalable, and interconnected platform economy that underpins success in an ecosystem-based digital economy.

Winners will create corporate cultures where technology empowers people to evolve, adapt, and drive change. Michael Biltz, Accenture Technology Vision managing director, said that 15 platform companies have a collective market capitalization of $2.5 trillion. That tells you how much value you can create not just as product, but as a whole product ecosystem. Apple, for instance, began by creating the iPhone and then built a complete ecosystem of apps, payments, devices, and an operating system around it. Market researcher IDC estimates that 500 new platforms will be built by non-tech companies around specific industries in the next few years.

Google saw the closed system and responded with a more open system based on Android. All sorts of companies are seeking ways to build their own platforms within their own industries or across industries.

“The opportunity for business to grow using a platform strategy is enormous,” Biltz said. “I can’t underscore how important this will be to our changing tech economy. And it’s no longer just the tech companies that are doing this sort of thing. Google realized they were building an ecosystem. Not selling a product. They realized they were a platform company, not just a tech company.”

Every business now understands the transformational power of digital.  What few, though, have grasped is quite how dramatic and ongoing the changes arising from new platform-based ecosystems will be. It’s not just business models that will be turned on their heads. As these ecosystems produce powerful, predictable disruption, whole industries and economic segments will be utterly redefined and reinvented.

For instance, Daugherty said that when self-driving cars are adopted, we can expect to see big changes in a supply chain of parts providers for those cars.

“We think you’re going to see a wave of predictable disruption,” Biltz said. 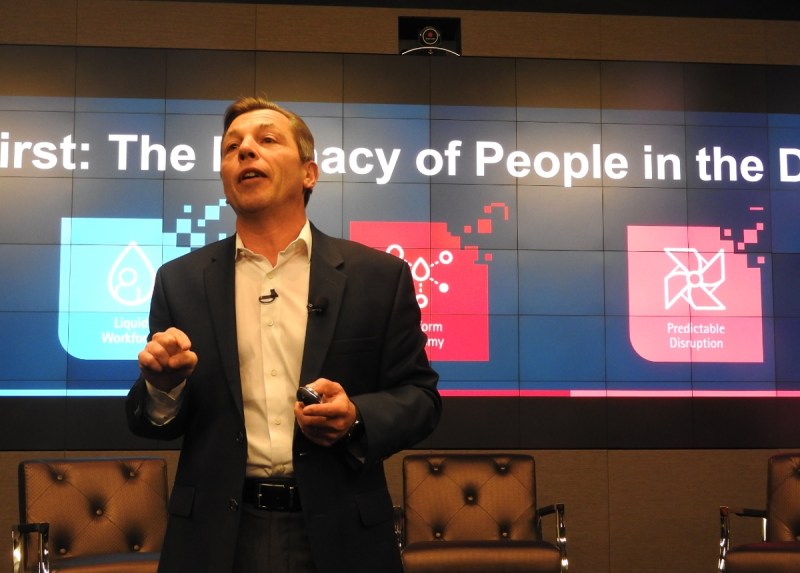 Pervasive new technologies raise potent new digital risk issues, however. Without trust, businesses cannot share and use the data that underpins their operations. That’s why the most advanced security systems today go well beyond establishing perimeter security and incorporate a powerful commitment to the highest ethical standards for data.

“How do we build trust in an era where information is more pervasive and invasive?” Daugherty said. “It’s dealing with the way you interact with your customers.”

Carrel-Billiard added, “Trust is the cornerstone of digital business. Without trust, you can’t have it. You have to look around and manage your risks.”