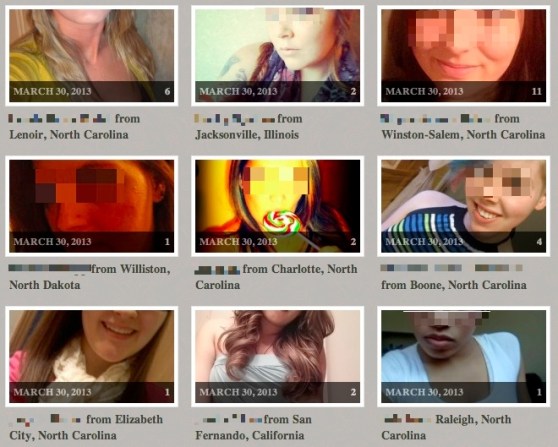 A small cadre of lawyers and bloggers are working to bring down one of the world’s most offensive websites, “IsAnybodyDown.”

It’s “the virtual equivalent of a f*** you to the authorities,” said one lawyer whose been following the case.

Brittain won’t be stopped until he faces legal repercussions for his actions, which is far easier said than done, the lawyer said.

“More and more we’re seeing extortion and hacking to target hundreds — if not thousands — of women,” Johnstone explained.

Johnstone and First Amendment attorney Marc Randazza have been drawing national attention to the issue, along with a handful of hackers, law students, and bloggers. They are slowly building a case against IsAnybodyDown founder Craig Brittain, who built the site in his parent’s basement in Colorado Springs, Colo. 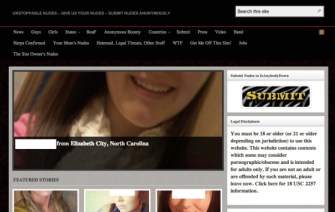 Above: IsAnybodyDown publishes the names and locations of the people in the pictures.

CBS Denver reported earlier this month that the federal government may soon launch a formal investigation into the site, although Randazza is skeptical. In the past, authorities haven’t “cared much” about the victims, he said, even when the crime was reported.

The site requests that people “submit nudes.” I ask Randazza how many women on the site consented to the photos being published. “Zero,” he said. “My guess would be zero percent.”

Randazza of the Miami and Las Vegas based firm Randazza Legal Group said his inbox is flooded with emails from distressed women, especially since he’s spoken out against Brittain and built a reputation for offering his services pro bono.

The site remains live, although its days may be numbered. On Thursday afternoon, Brittain tweeted that it would be taken down in 12 hours, although it remains to be seen whether he will make good on his word.

Brittain also tweeted about his intention to write an autobiography, with silent partner Chance Trahan, about his experiences.

Above: Craig Brittain spoke up in a two-part interview series on CBS

Sources tell me that Brittain is facing the heat as several underage victims have filed copyright registration certificates in Colorado with the intent to sue. Rumors are already circulating about a conflict with an adult entertainment site from which IsAnybodyDown allegedly scraping content.

The lawyers I spoke with said they would be glad to see the site taken down but were hoping to see a civil suit brought against Brittain that would set a helpful precedent. That way, the site would not be relaunched, and similar sites would have a harder time.

But Randazza isn’t looking to be held up as a savior for his efforts. “I’m not the Internet Jesus,” he said. “I’m just a lawyer doing my job.”

But the practice has spread beyond just a few isolated acts by enraged ex-boyfriends or girlfriends, and cyber-law experts fear that it’s on its way to becoming a fully-fledged industry.

Brittain has reportedly used all manner of tactics to procure photos. With the aid of several lawyers, CBS Denver unearthed an extortion scheme. IsAnybodyDown links to a service called “Takedown Hammer,” which states that it is run by a New York lawyer called David Blade III, who charges victims $250 to remove the photos.

In a not-so-surprising twist, Blade doesn’t appear to exist in any legal directory, and the IP address for the service has been matched to Brittain’s home. Brittain denies that Blade is a fictional entity.

The case against Brittain grew stronger still when a victim revealed she had corresponded on Craigslist with a women named Jess Davis. Davis sent along nude photos of herself and asked for a few in return, as well as contact information like a phone number and email, before setting up a liaison.

The victim’s photos appeared five days later on IsAnybodyDown, a practice referred to by lawyers as “catfishing.”

“CBS4 story is another Nicholas Weaver/Marco Randazza fabrication. No truth to it at all. These women are told to lie by their attorneys,” Brittain later tweeted [editor’s note: Weaver is the computer security expert hired by CBS Denver.]

Brittain later spoke up in a two-part interview with CBS Local, in which he claimed the site was pure “entertainment” and that all the photos were uploaded voluntarily.

Randazza believes Brittain is also getting nude photographs from stolen phones or hardware, as well as compromised email accounts. He said Brittain makes hundreds, if not thousands, of dollars a month by selling women’s photos back to them. 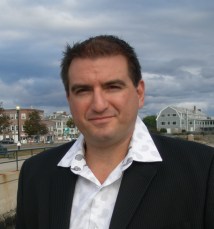 Above: Marc Randazza’s inbox is flooded with emails from victims of these sites

I query Randazza about how a website accused of extortion, copyright fraud, invasion of privacy, and the violation of child pornography laws, can still exist.

How can women protect themselves?

Johnstone says these cases are tricky to prosecute as we don’t have a comprehensive federal invasion of privacy law.

Still, women can file a copyright claim and demand that the photo gets taken down (this is the most common and quickest recourse), sue for invasion of privacy or defamation (less common as it doesn’t have large damage awards), reach a settlement agreement (usually the first step), or perhaps seek a harassment or stalking charge.

Although some have speculated that these sites can leverage Section 230 of the Communications Decency Act, which prevents sites from being held liable for user-posted content, Randazza is skeptical. This wouldn’t apply to IsAnybodyDown, as the images are “sourced by Brittain,” he said.

If the case goes to court, another potential issue is that the victims often wish to proceed as a Jane Doe, but big courts have little precedent for handling this kind of anonymous litigation.

And the problem is bound to get worse, given that studies have shown that the practice of “sexting” — sending an illicit text or email — is on the rise. And Johnstone said she expects to see more cases where women are being filmed without their knowledge in doctor’s offices or locker rooms.

Adam Steinbaugh is a recent law graduate who has been following the case closely and blogs on the topic.

Steinbaugh was the first to uncover that Brittain was likely using Craiglist to scam people. By tracking the site’s RSS feed and monitoring which posts are deleted, he has a rough idea how many people paid off “Blade.” He estimates it’s about 30 people in total and has gone down to 2 or 3 a month, which means — if Blade is Brittain’s alter ego or associate — that the site makes about $700 a month.

He said the biggest problem is the “lack of resources” to go after these guys. As a result, the wheels of justice are turning very slowly.

The only way forward is for members of the public to apply pressure on the authorities.

One can only hope.