Google today is announcing the launch of new Chromebooks from Acer and Asus that are designed for use in the classroom. They’re both rugged and capable of flipping around 360 degrees, and you can use a stylus with either of them.

The introduction of these devices — which will be released sometime in the spring — comes a few weeks after Samsung unveiled its convertible Chromebook Plus and Chromebook Pro that also include a stylus. The new Acer and Asus devices are smaller and appear to be targeted at a different audience, which includes children. (Prices aren’t yet available.)

The Acer Chromebook Spin 11, for instance, can tolerate up to 11.15oz (330ml) of water being spilled on it. It also has a rubber bumper on the outside, as does the Asus Chromebook Flip C213. 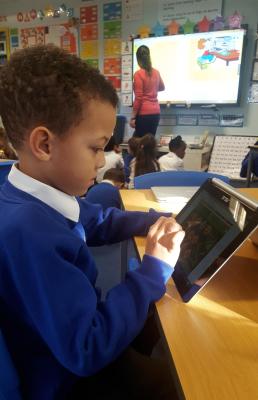 Above: The Asus Chromebook Flip C213.

These Chromebooks are also optimized for touch, and that’s important, because they’ll be able to run Android apps by way of the Google Play Store. Because they can be put into tablet mode, interacting with them using touch gestures or a stylus might be less awkward than it would be on a standard laptop.

It’s not as if Chrome OS is just now getting its own viable convertibles for the first time. It is true that the physical style is widely available for devices running Windows (see the HP Spectre x360 and the Lenovo ThinkPad Yoga, for example). But it’s also true that the Asus Chromebook Flip made its debut back in 2015 — and sure enough, it was one of the first devices to support the Google Play Store.

The Asus device comes with an 11-inch display with Gorilla Glass 4, dual HD cameras, a modular design that supports component replacement, and a 46Wh battery that lasts more than 11 hours, among other things.

More than 20 million teachers and students use Chromebooks and Google Classroom, and G Suite for Education (formerly known as Google Apps for Education) now has more than 70 million active users, Google for Education product manager Naveen Viswanatha wrote in a blog post.