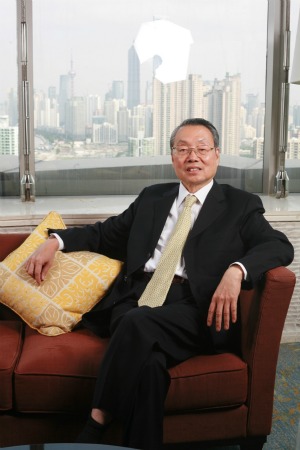 Acer founder Stan Shih has been out of the tech limelight since he retired in 2004, but that’s not stopping him from laying the smackdown on newfangled devices like tablets and ultrabooks (extremely thin laptops like the MacBook Air).

Shih recently called both types of devices “fads” and “short-term phenomena”, the Taiwanese news site Digitimes reports. He urged notebook component makers to “come out with more value-added products through innovation” — seemingly ignoring the fact that this comment also applies to both tablets and ultrabooks.

He also noted that companies should adopt Apple’s “out of the box thinking”, which he credits towards making the iPad a success.

Shih’s comments aren’t exactly insightful or enlightening, but they’re worth considering because as the founder of Acer, he’s responsible for one of the bigger PC vendors around today. It doesn’t appear that he has much direct connection to the company anymore, so he’s also free to speak his mind more than your typical company rep.

Of course, Acer is also looking to build tablets and ultrabooks of its own. Shih said that inexpensive tablets like the company’s upcoming 7-inch slate, which will retail for around $350, is the sort of thing other companies will have to consider since consumers want low-priced products.