Acer announced its latest Windows Mixed Reality headset during a packed press conference at the annual IFA event in Berlin this morning.

The Taiwanese technology company was among the first third-party hardware developers for Microsoft’s Windows Mixed Reality platform, which was launched as part of the Windows 10 operating system, and launched its inaugural headset last year alongside versions from the likes of Dell, HP, and Lenovo.

The latest headset follows a trajectory similar to its predecessor, but with a few notable developments. The Acer OJO 500 is the first such headset to sport a detachable build, meaning that it’s designed to be pulled apart — making it easier to store and clean, which is ideal for family or business scenarios where a single device may be shared among multiple users.

The lens can be entirely removed, as can the headstrap — which is available in a hard form or a soft-washable version that can be spun through a washing machine — to facilitate storage or cleaning.

Furthermore, the mask can actually be flipped up, meaning users don’t have to remove the whole headset when they wish to chat with someone or answer their phone. 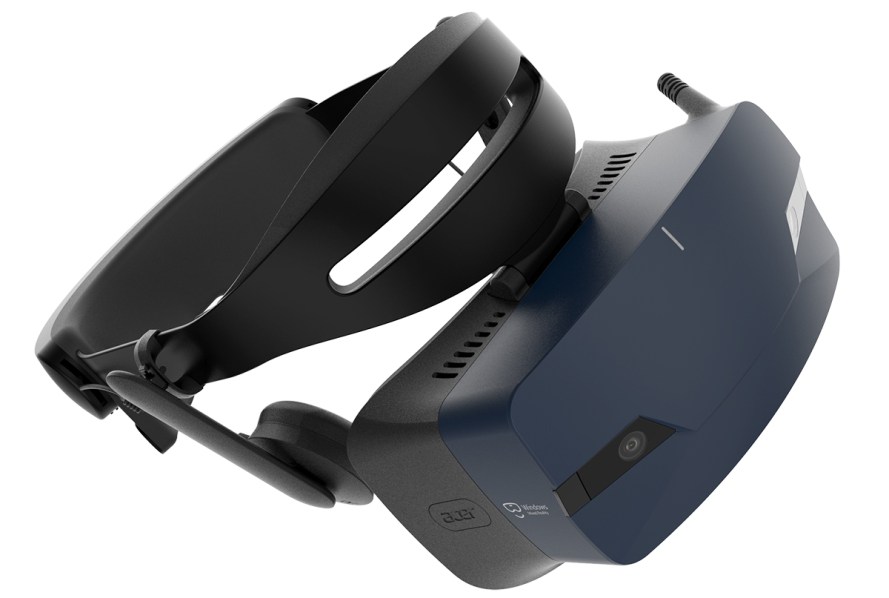 Another notable evolution for Acer’s latest mixed reality headset is its integrated audio system that bypasses the need for headphones by directing sound from build-in speakers toward the user’s ears — only the wearer can hear the sound, however.

While some manufacturers have built their own headphones into their headsets, Acer’s spatial audio approach is a key evolution for such headsets. It allows the user to listen to the sound coming from the headset while also retaining a level of environmental awareness — they can hear people in the room next to them, or a fire alarm, for example.

Mixed reality, which sits at the intersection between augmented reality (AR) and virtual reality (VR), is still in its infancy, but we’re already seeing some early examples of how the fledgling technology could be used outside the gaming realm. At its annual Build developers event in May, Microsoft unveiled two new mixed reality apps for its HoloLens headset, designed to help firstline workers collaborate with other individuals remotely. Microsoft also launched SharePoint Spaces so employees can view company content in mixed reality. 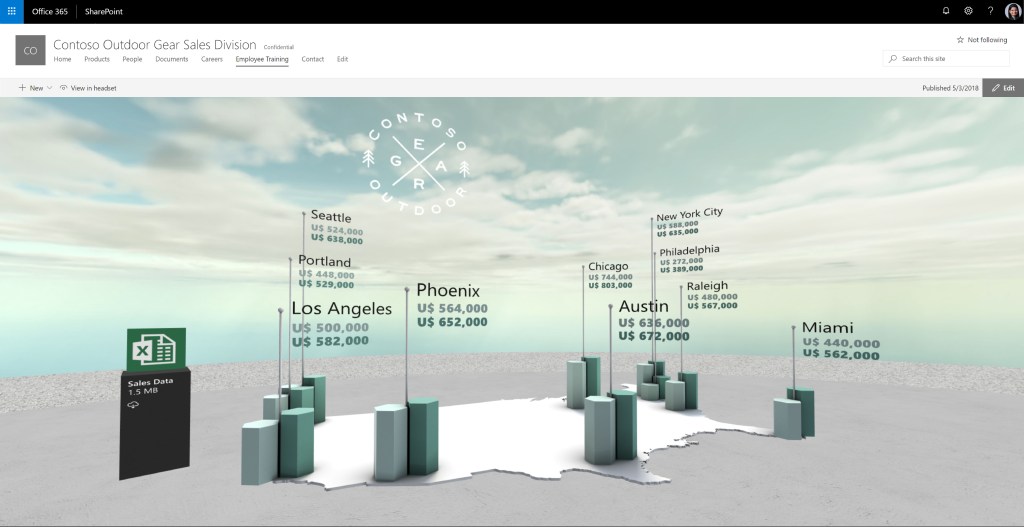 As with other headsets, the OJO 500 will require a compatible Windows 10 PC to work. It ships in its basic form, or with an optional configuration that includes a pair of Bluetooth-powered motion controllers, a touchpad, a Windows 10 button, and a grab button for interacting with objects contained within the mixed reality environment.

The Acer OJO 500 will ship from November in North America starting at $399, though the company hasn’t revealed what the bundled price will be with additional peripherals. The headset will also be available across the EMEA region starting in November at €499.