The Santa Monica, California-based game publisher said its non-GAAP revenues for the third quarter ended September 30 were $1.95 billion, up 38% from $1.28 billion a year ago, while non-GAAP earnings per share were 88 cents, compared to 38 cents a year earlier.

Activision Blizzard CEO Bobby Kotick said the company is raising its expectations for full-year results. Analysts expected Activision Blizzard’s earnings per share to be 65 cents a share, with revenue at $1.7 billion.

In an interview with GamesBeat, Kotick said the company needs to hire more than 2,000 people to meet its production demands. Activision Blizzard has more than 10,000 employees now.

The company launched its Tony Hawk Pro Skater remake in the quarter, and existing titles delivered good results. Activision Blizzard has big games in the current fourth quarter. Crash Bandicoot 4: It’s About Time launched October 2. It’s the first original Crash Bandicoot title in decades. The company hopes both of those games will sell well during the holiday season, but it did not report any specific sales numbers for either Tony Hawk or Crash Bandicoot.

Call of Duty: Black Ops — Cold War will launch on PC, Xbox, and PlayStation platforms November 13 as a cross-play, cross-generation game. World of Warcraft’s next expansion, Shadowlands, is launching November 23.

“What we’ve seen with Call of Duty is an amazing transformation,” Kotick said. “The phenomenon we had with Warzone is so many people are buying the premium Call of Duty: Modern Warfare.” 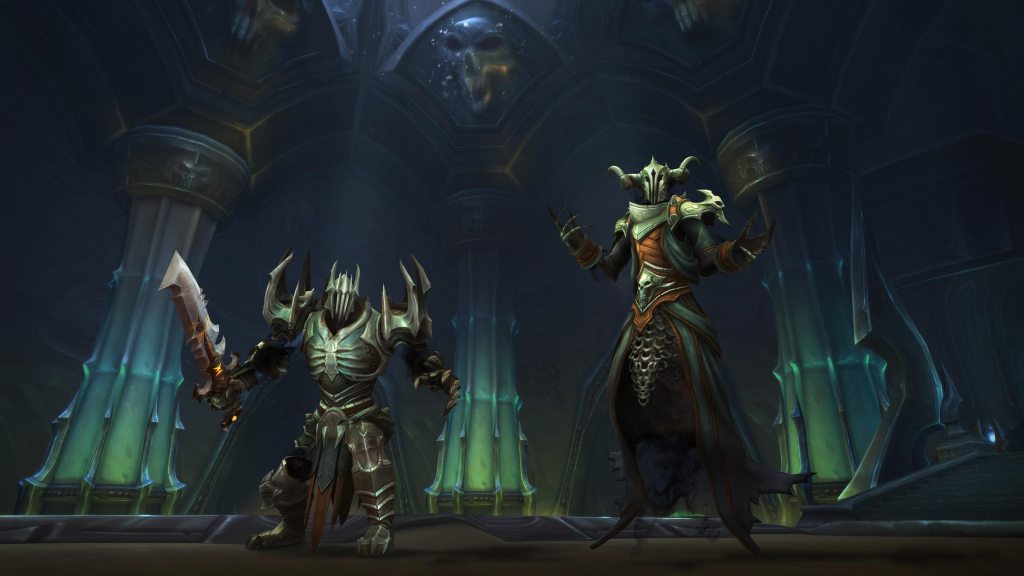 Above: The Shadowlands can be a scary place.

Kotick said that the company remains enthusiastic about growth prospects next year and attributed the performance to good execution of Activision Blizzard’s teams. During the lockdown, other forms of entertainment (like sports and movie theaters) remain stalled because of social distancing and shelter-in-place orders during the pandemic. With few other options, more people than ever are turning to gaming.

When Call of Duty: Warzone launched March 11, the U.S. was just going into a pandemic lockdown. In its first two months, the free-to-play game got more than 60 million downloads in its first 52 days. Overall, Activision had 111 million monthly active users in the third quarter, down from 125 million in the second quarter. PC players on Call of Duty grew over 10 times compared to the same quarter a year ago, and combined console and PC players grew seven times compared to a year ago.

Players in the free-to-play Warzone also upgraded to Call of Duty: Modern Warfare experience, enabling that game to reach the highest premium sales in the franchise’s history. Two-thirds of all copies were sold digitally. In-game net bookings were four times as high as a year ago.

Call of Duty: Black Ops — Cold War is testing well, with the public preview drawing far more players than a year ago. And Call of Duty: Mobile is now in final large-scale testing in China, where more than 50 million players have “preregistered” to date. The company didn’t say how many users the mobile title had, but it is reaching “impressive levels of reach and engagement compared with the prior quarter.”

Blizzard had 30 million monthly active users in the quarter, down from 32 million MAUs in the prior one. But the company said that engagement with World of Warcraft is at the highest level for this stage of an expansion in a decade, with Shadowlands presales ahead of prior expansions. Blizzard recently shut down an office in France with a few hundred employees, as part of shifting from retail to digital sales. Because of French law, the exact number of jobs lost in France won’t be known for a while.

Hearthstone grew year-over-year in the quarter, and Overwatch had 10 million MAUs.

King had 249 million MAUs in the quarter, down from 271 million in the previous one. Candy Crush Saga MAUs grew from a year ago, and Candy Crush was the top-grossing franchise in U.S. app stores.

Activision Blizzard said the Diablo PC and mobile games are on track in terms of ongoing development.