For digital advertisers, this is a big moment for moments.

Today, New York City-based mobile ad platform MediaBrix is launching the third generation of its Breakthrough Moments technology. The company has emphasized the right ad at the right time since its founding in 2011.

This newest incarnation adds to a growing number of efforts by adtech and media companies to pinpoint the most opportune occasions for engaging users with ads.

Let’s suppose you’re playing a puzzle game on your smartphone. You try three times without success to complete a level. The Breakthrough Moments tech recognizes you’re stumped, infers it’s a moment of frustration, and serves you an ad from, say, bakery-café chain Panera that offers a puzzle hint if you watch a video.

The ad incorporates text or graphics from the puzzle game, and is designed to counter your current emotion.

The company’s idea is that, at the right time, a user can get a Rescue from a frustrating situation, a Reward for achieving something challenging, or a high-five Rally for completing something like a tutorial. 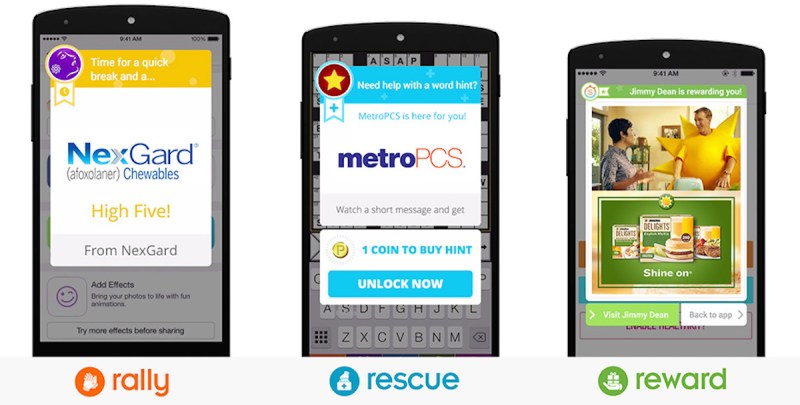 These benefits are awarded in exchange for some kind of user engagement, like watching a video, and are branded in such a way that it appears Samsung or Panera are helping out.

MediaBrix is also announcing today that advertisers will soon be able to buy Interactive Advertising Bureau standard ad units for Moments programmatically through its and other private exchanges.

Of course, rewarded videos, appropriate moments, and similar exchanges of value for your attention in the most appropriate context are becoming more popular in all kinds of digital ads. Most ad providers talk about serving the right ad at the right time, but the idea of moments is becoming particularly timely.

“Seems like everybody in the last six months has been jumping on the moments bandwagon,” chief product officer Jay Drago told me.

This newest generation of MediaBrix Moments, he said, is based on “neuro-marketing research” conducted in the company’s own lab. The company said it tested hundreds of ad experiences, so it could figure out the best ways to recognize emotionally laden occasions when the user might be most receptive to engaging with a brand’s offer.

Drago pointed to Kiip as a company that similarly started its life with a focus on choosing the right moment. But MediaBrix’s solution in its latest incarnation, he said, is more scalable than other offerings.

He also described it as being better at orchestrating contextually-right moments throughout an app experience, better-suited to finding the right timing (because of MediaBrix’ emotional research), and natively integrated into the graphics and messaging of the apps.

It works better, Drago suggested, than anything short of “a neural connector to the back of your head.”