Turn, whose clients include the likes of American Express, Microsoft, and Verizon, makes it easier for companies to plan and execute their digital marketing and advertising campaigns across multiple channels.

Much of the company’s new cash comes via two big investors, BlackRock and Fidelity Investments, which Turn didn’t disclose in its initial announcement, but whose identities were confirmed later in reports from Bloomberg and TechCrunch. 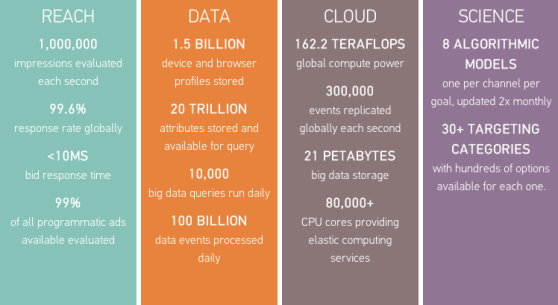 Above: Turn has some pretty big numbers.

While the company is staying silent on any IPO plans, it did say the new cash will be used to invest in its platform, particularly when it comes to the data science and machine learning sides of things.

Turn, which has 350 employees, said it ended 2013 with positive earnings and 120 partners using its platform.