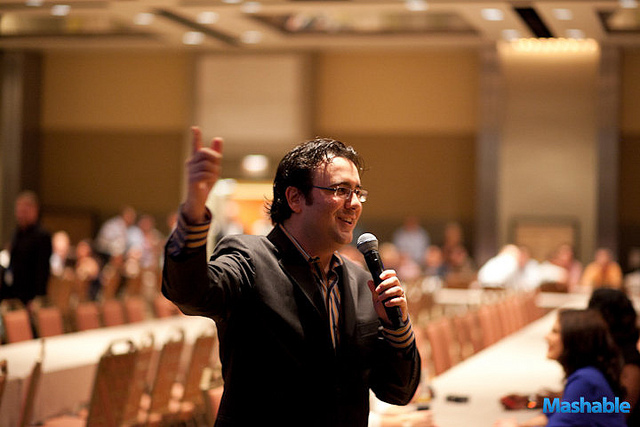 Adam Hirsch, the chief operations officer at Mashable, an independent news site covering social media and technology, is leaving his job to head up digital  at Do Something, the nonprofit that focuses on activating teens around social issues.

This is a win for Do Something, which is looking to expand its content, partnerships and digital impact over the next year.

Hirsch has been at Mashable, which now has more than 13 million unique visitors per month, since 2007. His responsibilities have included leading event planning, partnerships and sponsorships, marketing, and client relations (i.e. he is CEO and founder Pete Cashmore’s second-in-command).

“Having Adam leave a terrific job and growing company to come here is amazing–not just for DoSomething.org, but for the entire sector,” said Do Something chief executive Nancy Lublin. “I hope more smart, talented, ambitious people consider a Jedi future with us.”

Do Something will be able to leverage Hirsch’s public-facing, entrepreneurial persona and his success in developing online content, partnerships, and growing a company to achieve goals of expansion, increased visibility, and deeper engagement.

Do Something began in 1993, founded by Andrew Shue (from the television show Melrose Place) and Michael Sanchez. The nonprofit focused on making community service cool for young people, but fell under the radar after Melrose Place ended (we can’t make this up) until 2003 when Lublin, the founder of Dress for Success, stepped in to become the new CEO.

In the last year alone, Lublin has more than doubled the number of employees, revenue, and web traffic and closed partnerships with the likes of Staples, Foot Locker, and Aeropostale by focusing on a strong digital strategy. The Do Something Union Square headquarters is filled with around 40 millennials (and some 30-45 year olds including Lublin, who calls herself “Chief Old Person”) running around, talking about Drupal development, special projects, marketing, business development, incredibly successful text messaging campaigns, and even traditional food drives. They focus on “leveraging communications technologies to enable young people to convert their ideas and energy into positive action.”

More nonprofits are becoming hip today, with charity:water and Pencils of Promise both founded and powered by millennials and generation Y’ers leading the pack. These nonprofits are behaving more like tech startups, and raising money and power boards through their emphasis on transparency and a digital forward strategy.

Will the move from a startup like Mashable to a nonprofit like Do Something become a new trend? We’ll be interested to see what Hirsch will do to shake up Do Something’s digital and content strategy. If he has any remotely similar impact as he’s had at Mashable, Do Something may indeed activate more young people (and dare we say social change) in the next few years.