Popular web ad-blocking service Adblock made an interesting offer to Twitter this morning: Only sell ads we like, and we won’t block them.

Twitter made it clear in its pre-IPO S-1 filing that more advertising formats — and just plain more advertising — are coming. And as the company goes public and shareholders demand ever-increasing revenue on a quarterly basis, the company will be under more and more pressure to perform.

We’ve been reading the early media analysis of your IPO filing, and we are not surprised that many industry pundits are speculating about how you are probably going to become more aggressive with your advertising … we read about your deals with CBS and the NFL – which means ads galore and happy investors. 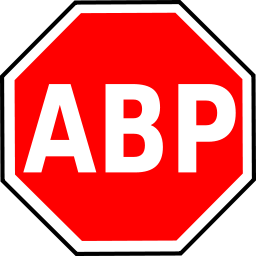 So Adblock is offering to partner with Twitter to ensure only “good ads,” ads that people theoretically don’t mind seeing, are shown on Twitter. That might seem just a little presumptuous, or maybe just a little too much chutzpah, but Adblock has done this kind of deal before with a major media company.

And this is no tiny startup here: Adblock is used by over 50 million people — and probably some of the most savvy, well-off, and valuable people for advertisers.

Reddit, the “front page of the Internet,” works with Adblock to permit certain ads through, via a kind of advertising whitelist that Adblock has set up for its users, to allow “responsible” sites that only access “acceptable” advertising. Acceptable ads, according to Adblock, don’t pop up, don’t pop under, don’t blink, don’t masquerade as real content, identify themselves as ads, and so on.

Of course, no one’s ever seen a pop-up ad on Twitter, and there’s no credible imminent threat of them coming soon.

But Adblock’s other criteria might be a little tougher:

That might be a little harder to Twitter to satisfy. Twitter has brought on ad products that include retargeting capabilities as well as customer targeting, and it’s shiny new MoPub acquisition definitely will be heavily involved in tracking users in order to help advertisers determine the success or failure of their ad campaigns.

But Adblock then appeals to Twitter’s sense of right and wrong … and what’s best for its users:

So what do you think? Users would get a better Twitter experience because they would determine how and what advertising is presented. It’s an agreement which benefits both parties: Twitter users won’t be bombarded with obnoxious advertisements that they feel compelled to block. On the other hand, your advertisers would be able to align their messaging more effectively, without the need to use irritating ads to get their messages across.

Ultimately, we all face a billion-dollar struggle for the Internet’s soul. We feel that our compromise for online advertising will make the Internet a better place. Let us know if you do too.

Adblock, don’t hold your breath waiting for a reply. Or for ads that fit your criteria for acceptable advertising. Twitter fits most of the definition you have for good ads … but targeting and tracking is here to stay.