Looks like Google’s webmail service Gmail is getting a little more colorful — users can customize their accounts with themes. Not all Gmail users can see it yet, but it looks like I was one of the lucky few. (I saw it on TechCrunch before the feature appeared in my own account.)

Google is well known for the quirky logos displayed on Google.com to commemorate special occasions, as well as the themes offered for its iGoogle homepage, so it’s no surprise that the Gmail themes are cute and fun — much more interesting than, say, the customizable colors offered by Yahoo, much less the same bland layout that you were previously stuck with on Gmail itself. The themes run the gamut from basic, boring stuff like “classic” to more eye-catching options like “candy”.

This also provides some interesting monetization options. For one thing, companies could create sponsored themes for Gmail. I’d also like to see a similar option in the business email accounts in Google Apps, where customers could create the themes themselves. So instead of seeing the boring old Gmail layout in my VentureBeat account, I could see a VentureBeat-branded theme. Which might be boring too, but at least it would be different.

Update: The Gmail blog has a post announcing the feature, including some cool screenshots. 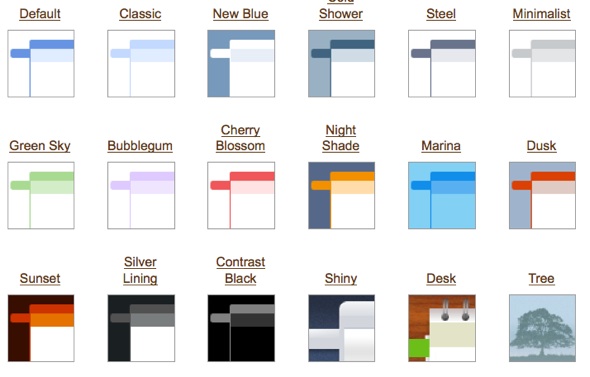