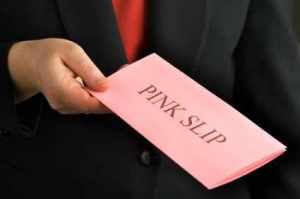 Adobe is handing pink slips to 750 of its full-time staff, the company announced in an earnings report today.

The layoffs are part of Adobe’s plan to restructure the company, placing a larger emphasis on digital media and digital marketing divisions.

The layoffs are occurring mostly in North America and in Europe.

As a result of today’s news, Adobe says it anticipates it will pay between $87 million and $94 million in pre-tax restructuring charges. These expenses include around $17 million to $19 million to consolidate facilities Adobe is currently leasing, eliminating space the company will no longer need with a reduced workforce.

Adobe is also shelling out between $70 million and $75 million for severance packages.

Between $73 million and $78 million of the leasing and severance charges should be included in Adobe’s bottom line for the fiscal quarter ending December 2, 2011.

In September, Adobe said it hoped to reach quarterly revenues exceeding $1 billion. With four weeks still in the final quarter of the fiscal year, the company said it fully expects to reach $1.075 billion to $1.125 billion in revenues.

“We expect to report record revenue within the fourth quarter target range we previously issued,” said Mark Garrett, executive vice president and CFO of Adobe, in a released statement.

Lately, the company has been placing a strong focus on consumer digital tools. In August, Adobe launched Muse, a tool for no-code-required website creation. Then, in October, it turned its focus to tablets with the launch of Photoshop Touch and a DIY iPad magazine creator.

In a nod to the general direction of software on the Internet, Adobe also launched Creative Cloud last month. This service brings collaboration tools as well as classic Adobe creative software into a newly connected environment.