Adobe originally predicted it would reach 3.3 million paying subscribers by the end of 2014.

Revenues aside, investors are likely to focus on the company’s subscription business more than anything else. And indeed, Adobe’s steady, predictable subscriber growth is already affecting the company in after-hours trading. 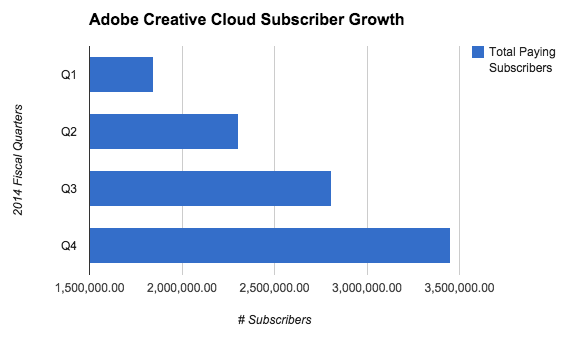 It’s now been well over a year since Adobe announced plans to kill off its classic Creative Suite bundle for a subscription service, but Creative Cloud isn’t entirely in the clear yet. The company’s suite of apps can last designers and photographers quite a few years. And so, the company’s subscription campaign carries on.