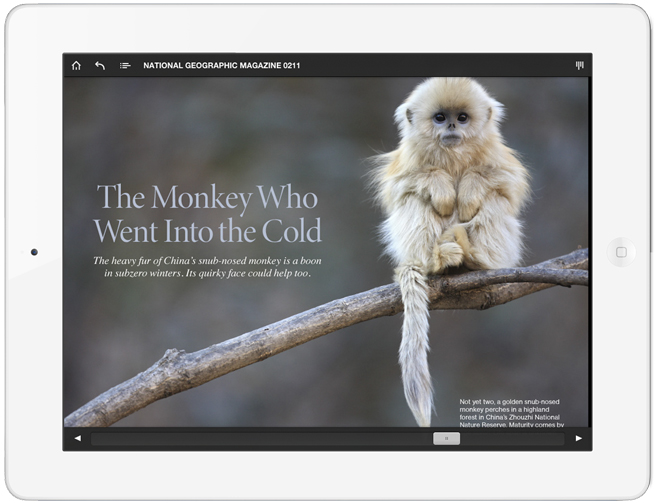 Magazines on tablets, dismissed by some as a last-ditch effort to save a dying print product, are gaining steam, according to new stats released by Adobe. Tablet-magazine readers are engaged, have long attention spans, and most importantly, actually pay for content.

The company crunched numbers from the 600 publishers that are using its Adobe Digital Publishing Suite (DPS) to produce tablet content. Currently, there are 1,500 iPad, Kindle Fire, Nook, Samsung Galaxy, and other Android tablet publications created with DPS, including 12 out of the 20 top-grossing iPad Newsstand titles.

The first promising stat is that tablet publications keep readers’ attention, with 56 percent of DPS content being read for 25 minutes to 2.5 hours each month. Nine percent of readers spend up to 5 hours a month reading tablet publications. One of the reasons for these un-Internet-like attention spans might be interactivity. Tablet publications are packed with slideshows, videos, 360-degree images, and constantly updated content from the web.

These statistics show how far the medium has come in the two years since Apple first launched the iPad, and the almost five months since it rolled out the Newsstand feature — a hub for all digital publications that live on the iPad home screen. With 16 million DPS digital publications downloaded in the past year, tablets are giving hope to publishers that are hemorrhaging print subscribers.

One of the big missteps in online publishing has been putting content online first, worrying about how to make money off of it second. Most pay walls aren’t working, and online ads don’t make the amounts of money print publishers need to fund high-quality content. Tablet publications are trying to remedy that.

“When we push content online, we’re inviting people to come into the shop and steal our candy without paying,” said Declan Moore, president of National Geographic Publishing. National Geographic uses DPS to make tablet versions of its magazines. “With the app we have a cash register in place, which we didn’t have before.”

The cash register doesn’t appear to be scaring off customers used to getting things for free. Adobe found 68 percent of tablet readers were paying for their reading material: 15 percent paid for a single issue, 26 percent purchased subscriptions, and 27 percent are shelling out for a bundle of print and digital issues.

Even with these up-front payments, ad sales remain an important source of revenue for tablet pubs. Adobe found readers are engaging with ads just as much on tablets as they do in print, and one in every five tablet page views is an advertisement.

“Different mediums lend themselves to different types of ads. Online they’re in a hunt-and-gather mode, on the iPad they’re in a lean-back-and-entertain-me mode,” said Moore. He said tablet magazine ads are more suited for “brand advertising” than online direct-response advertising, where success is measure by click-through rates.

Tablet-magazine advertisements are ahead of online ads in some respects — they are attractive, have high-production values, and can be interactive without being intrusive or annoying. That makes them ideal for big companies like Lexus that are trying to increase brand recognition, not get you to click-through and buy a car right this second.

However, in order for tablet issues to be counted toward a magazine’s general circulation numbers, publishers have to follow rules from the Audit Bureau of Circulations. These regulations are partiality responsible for limiting tablet-ad innovation, and put them behind online ads in areas such as behavioral and demographic targeting.

Interestingly, National Geographic has had impressive success on non-iPad tablets. Moore explained that iPad users own their devices for a variety of purposes — watching movies, playing games, or browsing the Internet. But many Kindle Fire and Barnes & Noble Nook owners bought those tablets because they love to read.

The iPad isn’t the only tablet for magazines, and DPS isn’t the only creation option for publishers. Many magazines are using similar tools such as Mag+ (from the makers of Popular Science), Aquafadas, Woodwing, or their own custom solutions (like the New York Times) to create tablet content.

What the tablet publications have in common is they are all hoping to have finally hit on a digital business model that pays.