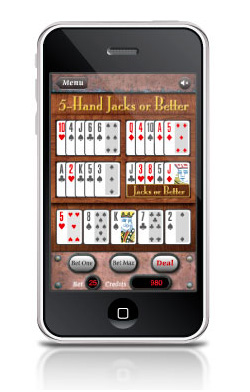 Adobe CEO Shantana Narayu has promised a Flash player for mobile phones in October, but that’s a long way off in the current market. Meanwhile, enterprising application designers and developers are eager to get something into the iPhone App Store now, not next week.

Ansca, a San Mateo, California-based startup led by two former Adobe employees, is jumping into the gap with a software development kit that simplifies app development by bringing Flash-like qualities to an iPhone development environment.

Ansca’s product, Corona, is a software development kit for the iPhone. It allows less-technical designers to create applications much as they would using Flash. Corona supports a simpler set of programming commands than Apple does, yet it still allows developers to use the iPhone’s built-in accelerometer (which lets you control an app by moving the phone around, rather than tapping on the keyboard)  and built-in graphics acceleration.

The combo turns out to be good for people trying to quickly develop apps. “It’s a terse language, it’s quick, and it appeals to designers,” developer Evan Kirchoff told me over the phone. His company, Comrade Software, specializes in Flash application development. But Comrade has been able to build iPhone apps such as PokerArcade (pictured) using Corona, much as if they were developing in Flash.  “It reduced our development time on the iPhone from weeks to a few days,” Kirchoff said.

Ansca is privately funded. The management team aren’t experienced startup managers, but they have years of immersion in Flash culture as Adobe employees.  CEO Carlos Icaza has 20 years’ engineering and management experience. He ran teams at Adobe, most recently those  that built Flash Lite, Flash Mobile Authoring, and Flash Cast. CTO Walter Luh led the Flash Lite team before jumping off to start Ansca.

Obviously, Icaza and Luh believe they have something that Adobe won’t, so that their company won’t become irrelevant in October. It’s hard to get them to articulate it in a conference call, but it boils down to this: Developing with Corona is easy and quick. Ansca’s founders believe the saved time and energy matters more than extra functionality, or the comfort of the Adobe brand. There are only about a half dozen Coronoa apps available in the store right now, but  more info and a gallery of apps developed with Corona are available at Ansca’s website.