Retargeting leader AdRoll announced this morning that it is processing a massive 130 terabytes of advertising data daily and has reached 10 petabytes of stored data from the last 12 months.

That’s 90 times the volume of data generated by all the stock exchanges in the U.S. 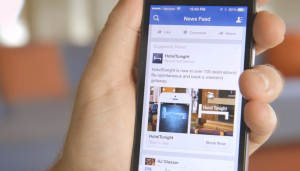 Digital advertising companies such as AdRoll depend on the biggest of big data to solve the thorny question of whether to send you the Mott’s Clamato or Samsung Galaxy ad. They use datapoints such as time on site, time since you were in an app, ads you’ve clicked or tapped on in the past, plus demographic and behavior data collated from a holistic understanding of your phone, tablet, and laptop use to judge which ads you’re mostly likely to find relevant, which you’re most likely to pay attention to, and which are most likely to lead to a future purchase decision.

“In this new digital/programmatic world we live in, data is the new currency,” he told me this week, adding that AdRoll has hit 15,000 customers. “In fact, advertising is the space where big data problems are being solved … because there’s a business model behind the data.”

We’re studying mobile app marketing automation/engagement for VB Insight
Answer our survey, and we’ll share the data with you.

The digital advertising industry is noisy with literally hundreds of startups launching over the past few years in the web, social, and mobile spaces. Clearly, Berke hopes that releasing this information about the amount of data that AdRoll has collected will make it less noisy — and give the company a position of power that brands and advertisers will pay attention to.

That noise, Berke feels, is overblown. 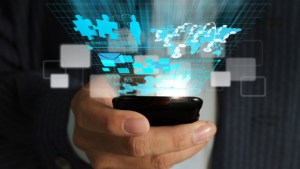 Three-quarters of the digital advertising companies in various marketing tech and digital advertising Lumascapes have been sold or acquired, he says, and it is true that there is ongoing consolidation in the industry. The most recent example, of course, is Yahoo acquiring ad giant BrightRoll — which focuses on video advertising, one of the hottest sectors — for a cool $640 million just yesterday.

The acquisitions and mergers, of course, have the effect of increasing the amount of data that subsequent players can access. And that data is kind of like money in the bank — or at least a major competitive advantage.

“Announcing how much data you have is almost like an earnings release,” Berke says. “The barrier to entry [in the advertising industry] is quite low, so there’s a lot of noise … but the barrier to scale is actually high.”

That data is critical for digital advertising companies to collect, maintain, update, and find the smartest ways to use. As massive digital companies such as Facebook, Google, Twitter, and potentially Apple build up huge fiefdoms of owned data from all their users and expand their reach beyond their own platforms with programs such as Facebook’s Audience Network or Google’s venerable AdSense and AdMob, competitors such as Yahoo and AdRoll need to scale up to compete. Otherwise, they’ll find themselves unable to know enough consumers, have enough datapoints, be able to drive insightful enough advertising decisions, and ultimately be unable to compete — because advertisers will follow ROI.

Berke sees that, and he also sees opportunities in it.

The first opportunity is simply to offer a layer to advertisers that floats above all the fiefdoms and allows access to each of them from one partner. That’s something that Google will likely never be able to do, for instance, as Facebook will probably allow Google to advertise on its social network right after a blizzard in hell. And vice versa. The second opportunity is to integrate with marketing technology tools in the increasing convergence between martech and adtech, which will ultimately allow users of marketing clouds and automation systems to manage both their marketing and their advertising from within a single platform. 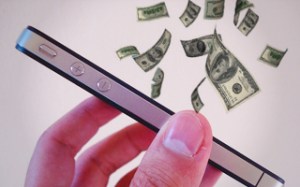 “Interoperability is the future of the adtech and martech spaces,” he told me. “Marketers would want to have their campaign data set up in a marketing stack and create their segmentation logic and scoring in an advertising system that is all connected.”

To continue maximizing its opportunities, AdRoll also announced today that it has hired Patrick Mee, a former Ning, Apple, and Inadco employee, to lead engineering. And to address the growing privacy questions that accompany such large troves of user data, the company has hired Stephanie King from Zynga as AdRoll’s new General Counsel.

“Patrick and Stephanie bring the drive, clear mission, and expertise to two areas where we need to be best in class. In engineering, Patrick will partner with our CTO to build the team, platform, and data infrastructure across our 15,000 advertisers. In legal, Stephanie will ensure we are at the forefront of international data compliance and [are] providing consumers with transparency and choice,” AdRoll CEO Aaron Bell said in a statement.