Adult entertainment and technology have gone hand in hand throughout history. That’s why Utherverse Digital is announcing today that its 3D animated virtual world, RedLightCenter.com, will soon run on the Oculus Rift virtual reality platform.

RedLightCenter.com is an X-rated world where players can engage in virtual sex and all sorts of other adult fun. It has been around for more than a decade, but with version 2.0, the world will be viewable with virtual reality goggles such as the Oculus Rift. That means the animated world will be a lot more immersive and feel like you’re really there, said Utherverse chief executive Brian Shuster, in an interview with VentureBeat. The X-rated world may very well be the first massively multiplayer online world to debut on the Oculus platform.

“This is a spectacular market for virtual reality,” Shuster said. “As soon as the Oculus consumer version comes out, we’ll be ready. You’ll be able to do pole dancing, lap dancing, and full-on hardcore.”

Shuster said that his company has invested about $40 million into making RedLightCenter 2.0. With that kind of investment, there’s a good chance that RedLightCenter.com will have animated characters who look as good as soldiers in a high-end Call of Duty game.

While other virtual worlds have died, Shuster said his world has thrived thanks to multiple revenue models. You can download the 3D browser for free, but you can pay $20 to $30 a month for subscriptions. You can also buy virtual goods and services. Utherverse receives a franchise fee from foreign franchisees, and it also generates a lot of ad revenue. Users can also generate their own accessories and sell them for virtual currency. They can also cash out that virtual currency.

The company has 45 direct employees and about 400 contractors. Utherverse has been privately funded to date.

As for what is coming next, Shuster said he is excited about technologies like Leap Motion, which allows you to make gesture controls with your hands, as well as haptics, or touch feedback that gives you the sensation of touching or being touched by someone in a remote location. 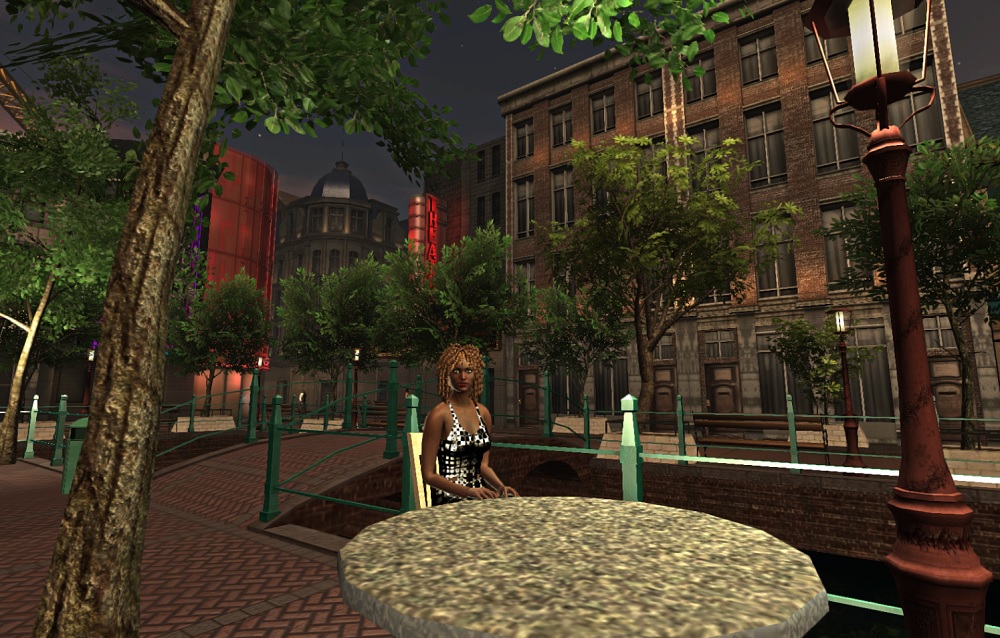