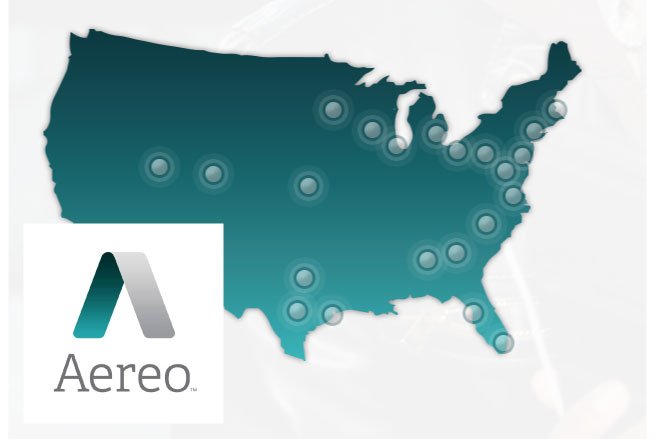 Aereo lets you watch free, locally broadcast HDTV channels (from local affiliate stations for ABC, CBS, NBC, Fox, CW, and others) on smartphones, tablets, and desktop computers. Aereo uses a tiny HD antenna the size of a dime to pick up the broadcast signal for each of its users, which for now allows it to operate legally. Aereo also provides a DVR feature that lets you record up to 40 hours of content.

The expansion will start this spring in the warmer cities and continue through the end of 2013. (The company said it’ll take nearly two months to get the service up and running for beta testing.) These cities represent the first phase of growth for the service, which will eventually roll out in more areas across the country.

Initially, Aereo will offer access through a beta version of the service, which you can sign up for today on its website. (The company estimates that it’ll grant access to about 1,000 subscribers for the beta.) And like the NYC service, Aereo will offer a flexible pricing model that allows you to pay $1 per day, $8 per month, or $80 per year.

At the 2013 CES, Aereo also announced that it closed a new $38 million round today, led by existing investors IAC and Highland Capital Partners, with participation from FirstMark Capital, First Round Capital, High Line Venture Partners, and other previous investors. The additional capital will help pay for the cost of expansion.

Federal judges denied an earlier claim by 17 media companies to stop Aereo’s service until a final decision can be made on whether or not the company’s method of using tiny antennas to stream broadcast channels is legal. Aereo CEO Chet Kanojia told VentureBeat in a phone interview that it is confident that a final court decision will be in its favor, which is evident since it’s moving forward with its expansion plans.

Media companies, many of which are cable TV service providers as well, are concerned that Aereo’s lower pricing and prime-time programming will steal business away from them. Further more, Aereo is also pursuing deals to bring a handful of cable networks to its service. Last month, Aereo reached a deal to bring the Bloomberg business network to its subscribers, a deal that will extend when it launches in other cities later this year.

“We’re working very closely with a few people to bring more channels (to Aereo),” Kanojia told VentureBeat, adding that we could hear an announcement about a new channel agreement midway through 2013. Yet, the company’s main focus right now is in launching and promoting the service in other cities, he said.

“This is a build year for us. and our main concern is in introducing people in these new markets to Aereo, and showing them (its) value,” Kanojia said.