Streaming TV startup Aereo has expanded its coverage area to include parts of New Jersey, Connecticut, and Pennsylvania — the first major step in a larger rollout that will likely attract more consumers.

New York-based Aereo puts out HDTV broadcasts from major channels (ABC, CBS, NBC, Fox, CW, and others) on smartphones, tablets, laptops, and desktops. On top of watching channels on other devices, it offers a DVR feature so you can record up to 40 hours of video and watch it whenever you want. The service costs $1 per day, $8 per month, or $80 per year. Essentially, if you don’t have a TV but still want to watch broadcast stations as they airs, Aereo could be your friend.

The company announced back in January that it would be expanding to 22 new markets in 2013, including big cities such as Atlanta, Chicago, Dallas, and Miami. But with today’s announcement, it looks like Aereo will still be focusing on New York and areas surrounding it in the short term.

To make sure New Yorkers and people in the NYC area know what Aereo can offer, the company will start a new advertising blitz. It promises to market its service on “NYC billboards, phone kiosks, and at key city transit points, including waterways, commuter trains, and PATH transit hubs.”

“Today, consumers are tethered to expensive and outdated technology that limits how, when, and where they can enjoy their own television programming,” Aereo CEO Chet Kanojia said in a statement. “Aereo’s technology now lets us provide simplicity, ease of use and rational pricing –- three things that have all but disappeared for the consumer. We believe that consumers deserve better and we’re committed to delivering on that promise.”

Check out the new coverage map below to see what counties Aereo now serves. 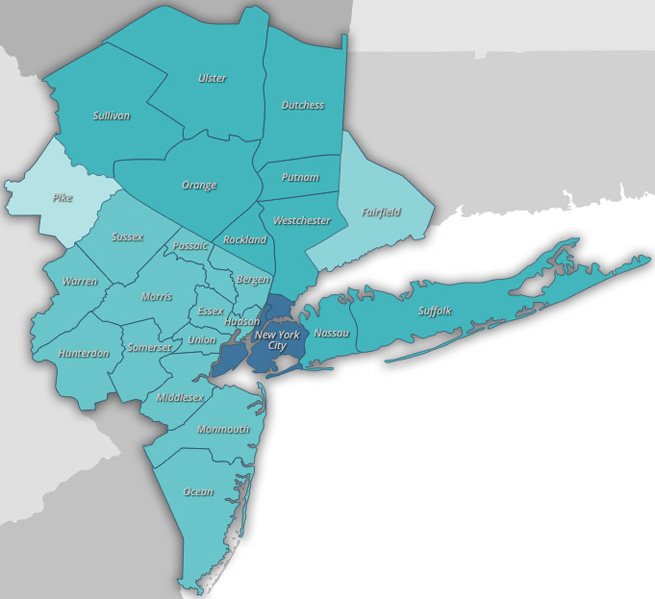