Hi5 took a hard hit today: It laid off around half of its 100-person staff after potential funding fell through. But its plan for a comeback — making money through virtual goods — is moving forward. The social network is announcing a partnership with game distributor and ad network Mochi Media. More than 200 Flash games offered through Mochi will be introduced to Hi5 initially, with thousands more to come. 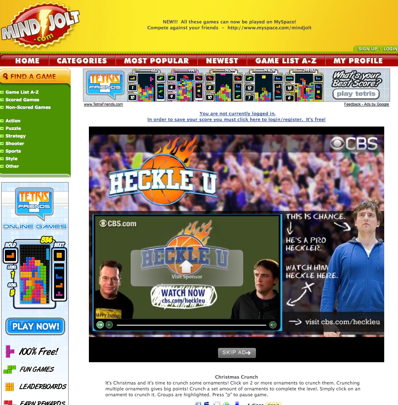 Hi5 launched Coins along with virtual gifts last December. Users can pay for goods using real money, around the world. Hi5 launched its gaming site with around 40 games in early February. In the Mochi games, the Coins virtual currency will let users do things like buy virtual items, gain special access to features, and download some games. Mochi Media will make money by running its own ads in these games.

Despite a user base spread around the world and 62 million users as of this month, Hi5 hasn’t been able to make much money from these users. Yet virtual goods sales by other players have shown promise. China’s Tencent web conglomerate of an instant message client, social network, web portal and more has done a lot to prove the model, with a large portion of its $1 billion-plus revenue coming from a variety of virtual goods. Outside of Asia virtual goods have done best in teen virtual worlds. Habbo, for example, has just said it made $60 million on virtual goods last year.

Can Hi5’s currency make money across its 62 million monthly active users scattered around Latin America, Asia and every other continent? Earlier this month, the company said it aimed to make $25 million this year, half on virtual currencies and goods, half on its existing advertising.

Mochi, for its part, distributes more than 10,000 games made by third-party developers to other sites, reaching more than 100 million unique users a month across diverse locations like game site GamePost, political site Huffington Post and third-party social networking applications. Formats include peel-away, in-game and pre-roll ads (see the CBS ad before a game within the MindJolt casual gaming site, for example).

It sells ads in those games and splits the revenue with the developer of each game. March was its best month ever in terms of revenue, co-founder Jameson Hsu tells me, after what he said was a tough January. He expects next quarter to be even better. In Hi5, Mochi’s branding will only show up with its ads. It’s not clear how the two San Francisco companies will split that revenue, but Hi5 is going to be helping to sell ads for Mochi games on Hi5 as part of the deal.