Although the pandemic forced employees around the world to adopt makeshift remote work setups, a growing proportion of the workforce already spent at least part of their week working from home, while some businesses had embraced a “work-from-anywhere” philosophy from their inception. But much as virtual events rapidly gained traction in 2020, the pandemic accelerated a location-agnostic mindset across the corporate world, with tech behemoths like Facebook and Twitter announcing permanent remote working plans.

Not everyone was happy about this work-culture shift though, and Netflix cofounder and co-CEO Reed Hastings has emerged as one of the most vocal opponents. “I don’t see any positives,” he said in an interview with the Wall Street Journal. “Not being able to get together in person, particularly internationally, is a pure negative.”

Hastings predicted that as society slowly returns to normal, many companies will concede some ground to remote work, but most will return to business as usual. “If I had to guess, the five-day workweek will become four days in the office while one day is virtual from home,” he said, adding (somewhat tongue-in-cheek) that Netflix employees would be back in the office “12 hours after a vaccine was approved.”

But a remote workforce offers too many benefits for most companies to ignore completely, chief among them a vastly widened talent base. Fintech giant Stripe launched what it called a “remote engineering hub” to complement its existing fixed-location offices. Although Stripe had employed remote workers since its launch a decade earlier, these workers were embedded within a traditional office structure and reported to a manager or team based in a physical office. The remote engineering hub went some way toward putting remote work on equal footing with brick-and-mortar bases and helping the company “tap the 99.74% of talented engineers living outside the metro areas of our first four hubs,” Stripe CTO David Singleton said at the time.

This highlights some of the conflicts many companies will face as they strive to remain competitive and retool themselves for a workforce that expects flexibility on where they work from. Making that transition will come with major challenges.

For many well-established companies, fully-remote working is nothing new. Ruby on Rails creator David Heinemeier Hansson is CTO and cofounder of Basecamp (formerly 37Signals), a company best known for its project management and team collaboration platform. Basecamp has long championed remote working, and Hansson even wrote a book on the subject with Basecamp cocreator Jason Fried.

But will the broad embrace of remote working undermine Basecamp’s advantage when it comes to attracting and retaining top talent? No, says Hansson, who believes the culture and philosophies Basecamp has honed over the past two decades will help it maintain its position. He also points to questionable moves other companies are making. For example, some of the big companies that announced permanent remote work policies this year included a major caveat — workers who relocate to less-expensive areas can expect less pay.

“The majority of managers are still imagining that the world is going back to the office when this is over,” Hansson told VentureBeat. “And a large number of companies that are making the leap to remote are knee-capping their efforts with shit like differential pay, where anyone who actually wants to move somewhere other than Silicon Valley has to take a large pay cut. We get hundreds, and in some cases thousands, of applications for open positions at Basecamp. That hasn’t changed.” 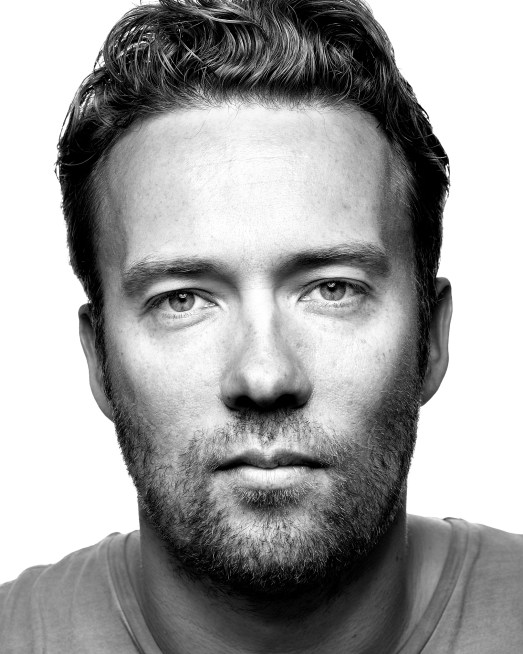 Transitioning to a truly remote workforce requires a top-to-bottom rethink of how business is conducted on an everyday basis, with an emphasis on asynchronous communications. This is the single most difficult thing companies face when making the transition from a “meetings-first culture to a writing culture,” Hansson said. “Most newbie remote companies thought remote just meant all the same meetings, but over Zoom,” he said. “That led to even more misery than meetings generally do. You have to make the transition to an asynchronous writing culture to do well as a remote company.”

Aside from operational efficiencies, remote working also benefits the environment, something that became abundantly clear early in the global lockdown. NASA satellite images revealed an initial decline in pollution in China, but as the country gradually resumed normal operations, pollution levels increased accordingly. Much of this change can be attributed to traffic, and Hansson feels remote work is one way to help the planet while improving people’s mental health.

“I’m less interested in how we might benefit [from a greater societal push to remote work] as a company, and more interested in how the world might benefit as a whole,” Hansson said. “More remote means less commuting. And for a large group of people, a better, less stressful life. That’s a massive step forward for the planet and its inhabitants.”

WordPress.com developer Automattic has nurtured a distributed workforce since its inception in 2005, and today it gives more than 1,200 employees across 77 countries full autonomy to work from anywhere they choose. Lori McLeese, the company’s global head of HR for the past 10 years, noted that for a distributed workforce to succeed, remote working needs to be built into the fabric of the company. She says this remote structure must span communications and all the tools a company uses to connect people across myriad locations.

“As one of the early pioneers of a distributed workplace, we’ve learned a lot about what makes this type of professional environment successful,” McLeese said. “We have a philosophy and culture when it comes to distributed work, and our approach to things like project management and planning is different as a result.”

Although many of the terms used to describe working outside of an office are used interchangeably, it’s important to distinguish between them. For example, “remote working” doesn’t necessarily mean the same thing as “home working” (though, of course, it can). In fact, a growing number of companies exist purely to help other companies build distributed teams, including creating shared workspaces in strategic hiring locations around the world and managing all of the practicalities such as recruitment, office layout, and HR.

But both “remote working” and “home working” tend to suggest an individual practice, rather than a companywide philosophy. “Ultimately, distributed work is not equivalent to working from home — and definitely not equivalent to working from home during a pandemic,” McLeese said. “And we use a myriad of tools and techniques that help navigate this environment.”

Although Automattic relies on third-party products such as Slack and Zoom, it has also developed internal tools with a distributed workforce in mind. For other companies looking to embrace remote work, Automattic has made some of these tools available via subscriptions, such as Happy Tools and a WordPress-powered collaboration tool for remote teams called P2.

“We believe in asynchronous communication to give our employees flexibility — especially with people based all over the world — and we have a culture of launching and iterating so that what we are executing is constantly being improved,” McLeese added. “And this isn’t just applied to our product development, but our operational processes as well.”

Devops powerhouse GitLab is one of the biggest all-remote companies in the world, with nearly 1,300 employees spread across 69 territories. Curiously, its online handbook says this remote-working policy gives it a “distinct competitive advantage” but that the company hopes its “hiring advantage will diminish over time.” In short, GitLab is pushing for an all-remote workforce, even if this means other companies become more appealing to prospective hires.

“We have more competition for remote talent now, but we see that as a net positive for the workforce,” GitLab’s head of remote Darren Murph told VentureBeat. “As more companies go all-remote, or support remote work as an option, an influx of more flexible opportunities will find people across the globe, not just those that live in big cities. This democratization of remote work will trigger a massive shift in talent acquisition and recruiting, which newly remote organizations must master.”

This is where GitLab and its ilk enjoy a distinct advantage over organizations that have yet to learn the art of remote work. Simply telling people it’s cool to work at home is not enough, for remote work to be successful, it has to be native — supported and encouraged, rather than simply permitted.

“GitLab’s sourcing and recruiting teams are expertly trained to find the best talent globally, and our onboarding rigor is world-class,” Murph added. “Transitioning organizations may lag in providing an exceptional candidate experience if the underpinnings are rooted in colocated norms.”

GitLab also recently completed what it calls its Async 3.0 initiative, which strives to “more clearly define and operationalize asynchronous communication,” or “create more inclusive and respectful workflows,” as Murph puts it. Ultimately, it’s about structuring organizations to cater to a distributed workforce, rather than just replacing in-person meetings with Zoom calls. “These advanced campaigns provide a significant competitive advantage over skeuomorphic remote transitions, which burden workers with inefficient, undocumented workflows held together by an endless series of ad hoc meetings,” Murph explained.

Despite all the predictions about how COVID-19 could lead to a permanent remote workforce, the truth is likely more nuanced. The pandemic will leave an indelible mark, but the workforce of the near future will probably be something of a hybrid affair. Physical offices won’t die off, but businesses may operate smaller local offices in key urban regions for employees to use if they wish, perhaps alongside a larger HQ in major cities. This hub-and-spoke approach goes some way toward capturing the best of all worlds, in that companies can attract talent wherever they live and offer flexibility — after all, not everyone has a spare bedroom to work in, and those that do don’t necessarily want to work there.

The hybrid approach is likely to appeal most to larger, more established companies that are trying to find a middle ground between office-based and fully remote work. They may struggle to achieve this initially, however, as they try to adapt offline processes to an online setting for a workforce spread across cities, states, and time zones.

Meanwhile, a growing number of startups that are just beginning their journey are adopting a fully remote ethos from the outset, much like Automattic, GitLab, and Basecamp before them. As these startups grow, the “distributed workforce” model could eventually become the new normal.