Agawi has found a new use for its mobile app streaming technology: streaming “playable ads” so that gamers can try out a game on a mobile device before they buy it.

The new platform will enable ad networks to get games in front of users and then allow them to play it in a matter of seconds. Gamers won’t have a bait-and-switch problem with ads because they’ll be able to play the game first. For advertisers, the Agawi AppGlimpse platform provides a new way to capture the attention of a consumer on the go without a lot of friction.

“If you check out a mobile app today, it will take you five minutes to download it and try it,” said Peter Relan, chairman of Agawi, in an interview with GamesBeat. 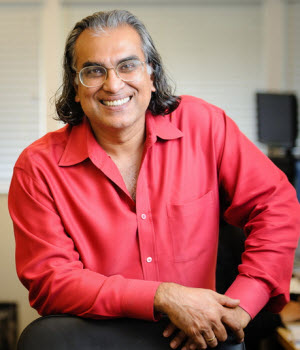 Menlo Park, Calif.-based Agawi hopes the new kind of ad will catch on as an evolution of the mobile ad. The first ads started as banners, adapted from web pages. But those were ineffective on mobile devices. Some companies shifted to pop-up screens that showed ads for app downloads or videos. Those ads are more engaging, but Relan says that live game play is the most engaging of all. It all but ensures that a player won’t be unhappy with a purchase, and it should drive higher ad rates.

“There’s no explanation needed,” Relan said. “Here it is. Play it.”

The new business is a twist on ideas that have been proposed before. Gaikai, the cloud gaming company, proposed doing try-before-you-buy game demos via its streaming service in the past. But Sony acquired Gaikai and is using the technology for its console-based PlayStation Now service. Agawi is taking the cloud streaming technology to mobile markets.

The business represents a pivot for Agawi, which has tried to stream Android apps to TVs and Facebook games to mobile devices. But the latest business may be more like a permanent shift for Agawi.

“As a technology company, we have done a number of things over the years,” Relan said. “As we scale this up, it will become the only business” for Agawi.

Agawi launched the first playable mobile ad trials back in June and it is now announcing its Lighthouse Partner program for the platform. Partners such as ad networks, advertisers, and publishers can join the program to collaborate on ad designs. Advertisers upload their app or game to the AppGlimpse dashboard, where Agawi automatically creates a virtualized version to stream from the Agawi cloud. Playable ads range from 30 seconds to two minutes. After they play, they can direct a consumer to a full downloadable version for purchase.

“AppGlimpse is the only platform that requires no work for the advertisers and has been battle tested in hundreds of thousands of live trials by real users,” said Rohan Relan, co-founder and CEO of Agawi. “Banners are passe, and video is not differentiated anymore: AppGlimpse provides an engaging experience that motivates consumers, drives more impressions, and ultimately delivers a greater long-term value through increased user engagement.”

The streaming works on both Wi-Fi and 4G networks for both iOS and Android apps.

“To say were pleased with the AppGlimpse trial we participated in would be the understatement of the year. The quality of users from the initial trial exceeded our expectations and the technology performance is superb,” said Bryan Davis, director of business development at Big Blue Bubble.

The company tried AppGlimpse out to promote games such as its hit My Singing Monsters.

Streaming has been useful in other ways. Twitch livestreams game play for players to enjoy as spectators. But Relan said he likes AppGlimpse because it is a full two-way interactive service.

“We don’t want to compete with our customers,” Relan said. “We are a platform company.”

Rivals include startups like Voxel, which offers a “try before you buy” service. AdColony, meanwhile, and PlayHaven have pop-up ads such as video ads.

Agawi was founded in 2010 and spun out of the YouWeb incubator that year. It has streamed more than 1 billion minutes of mobile app experiences to date in more than 200 countries.