GamesBeat: You have cyborgs and bioengineers. Do you have any bio-hackers on staff and say, hey, let’s get a bit of you into this?

Sas: [Laughs] We do have a lot of people interested in those types of things. Bio-hacking itself is still a world that’s — I think people are using the term nowadays, but for us it’s still fantasy. 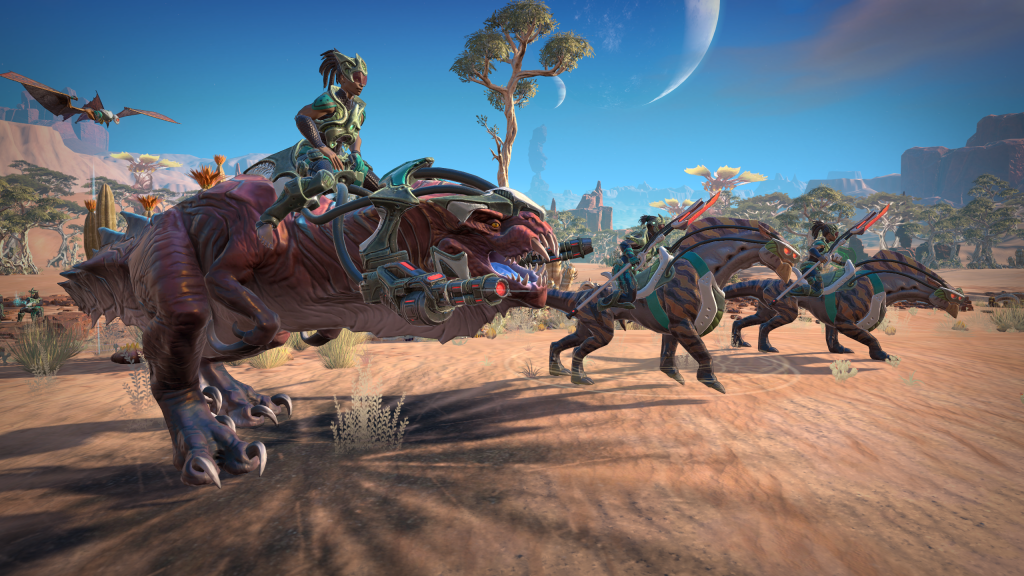 GamesBeat: The Amazons, why name them that? You talk about sci-fi giving you a chance not to have tropes, but here we are with a trope.

Sas: The Amazons, of course, are an all-female faction of bioengineers. We wanted to make something that’s recognizable to people as well as something new. There’s always a balance between the two. But how we fill that in is–that they emerge from a terraforming faction. They’re the scientists. They’re able to modify themselves, as well as the environment around them. You can’t really say, oh, these are space elves or something like that. They might play that role, but they’re scientists. They’re modeled after female MMA fighters as far as their physical appearance. There’s a bit of dino-riders in them in terms of the creatures they use. It’s nice mix of a faction. We put the name Amazons on them, but we could have named them something else.

GamesBeat: Does Amazon also fit because they believe in bioengineering, the perfection of mind and perfection of body — that fits the classic Amazon? Does it just work that way?

GamseBeat: Why did you decide on space dinosaurs?

Sas: Why not? What’s not cool about space dinos? There are some elements of camp that are cool, like lasers on space dinos with warrior women riding them. It’s a fantasy.

GamesBeat: Another thing I liked were the operations, where you take the idea of big spells from Age of Wonders and other fantasy games and you transport it into there. Was that something you came upon early in the design as a mechanic, or did it emerge later on?

Sas: We always wanted to have something that supports more tactical gameplay. It’s a supporting function. Another element we added are covert operations. You can spy on enemies using the same system. We have something like a doctorate, where you can install societal policies. We all grouped that into one system called operations. First those were separate systems, and then we combined it all into one.

GamesBeat: You built a lot of support in the skills and the research and the technologies into these operations. When I was creating my Amazon, I noticed how so much of this supported Xenoplague, so I chose that. And who doesn’t want to turn the enemies into a bunch of xenomorphs. 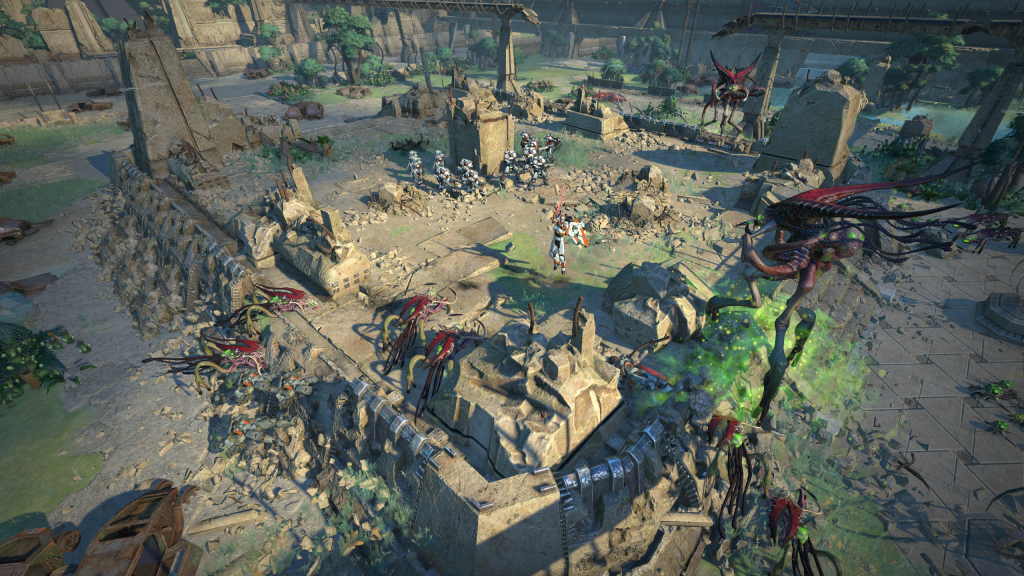 GamesBeat: It seems much easier than some of the older Age of Wonders games to just jump into. Was that part of the intention of your design?

Sas: We have to be careful that we never make these games too overwhelming. We made a couple of decisions to ease players into the game, including a special tutorial that you got. We had very heavy overloaded early turns, where all the systems hit the player at first.

GamesBeat: I kept getting alerts.

Sas: We spread some content over the first few turns. We don’t have research unlocking on turn one. That’s on turn two. The city annexing, city growth, happens a bit later. Operations unlock later. That way you get to to know the systems a bit better.

GamesBeat: For me it works. It feels really smooth and easy. You were talking about fitting in between a Civ and Heroes of Might and Magic. It reminds of … do you remember Star Wars: Empire at War?

Sas: I haven’t played that.

GamesBeat: Is Ages of Wonder going to be on Steam or the Epic store, or are you going to try to sell it everywhere?

Sas: It’s going to be on multiple stores, yeah. I don’t know exactly ones, but Steam is one of them.

GamesBeat: As a long-time PC game studio, you see this emerging store war coming. Do you have any thoughts on what’s happening?

Sas: It was bound to happen. Steam was in a very luxurious position for a very long time. You expect that people would try to take a jab at it. But I think the larger thing that’s going to happen in the coming future is the streaming portals you’ll see. Lots of big investments in that arena. That’s going to be the big change. This is only the opening shots to that massive change in digital distribution.

GamesBeat: When people going from buying games to a Netflix-style monthly subscription, does that make you nervous as a game studio?

Sas: I’m no longer the boss, but it’s interesting. A lot of these things have changed and made things better for smaller studios like us. If you look at the types of games that allow people to play for a very long time, to spend a lot of hours and be highly engaged in content, with multiplayer functions, I think that it doesn’t matter much how you distribute it. If I were making games that were smaller single-player experiences, that are one-offs, then I’d be more worried.

GamesBeat: It seems like Planetfall is wearing some of its influences on its sleeve, like we’re talking about with the Amazons. Jack chomping at the cigar reminds me of old marine sergeants in StarCraft. You have his line about how the only good bug is a dead bug — Starship Troopers right there. Are you trying to make these little connections for people? Or are you just doing it because you enjoy it?

Sas: Part of it goes back to Overlord, which was a sort of genre parody in fantasy. That was really obvious, of course. This game is a bit more subtle, but we do like to show some references. The game is massive. You have all these various factions, NPC factions, and secret technologies. To have a couple of references strewn about the place is going to make things more enjoyable for people. It’s on purpose, absolutely.

GamesBeat: When you put this game out, are you going to have big traditional expansions, or are you looking at smaller chunks of DLC?

Sas: Our primary focus is going to be the larger expansions, but there might be smaller ones as well.

GamesBeat: What are you most proud of so far with Planetfall? What do you point to and say, we did something really good here?

Sas: Just playing it, seeing where it all comes together. The universe, the design of the factions, the way the unit modding works and connects the strategic layer with the tactical battles. The sector system is way beyond a science fiction version of Age of Wonders. It’s a new generation of technology. I’m really proud of what the team put together here. It’s really the next level up from the original game.