In case you somehow missed the dire predictions regarding artificial intelligence: AI is coming for our jobs. Over 10 percent of positions currently occupied by humans will be eliminated by cheaper, more efficient automated replacements, and experts agree AI could make redundant as many as 75 million jobs by 2025.

With new reports sounding the alarm bells on what seems a daily basis, it’s all too easy to get caught up in the negativity. But as we reflect back on a few of AI’s achievements in 2018, I’d argue it’s tough not to be encouraged by the good it can do — specifically, the ways AI can augment skilled humans.

Recall Unanimous AI, a startup headquartered in San Francisco and founded by Stanford-educated computer scientist and CEO Louis Rosenberg. Its swarm intelligence platform — which uses, as you might have guessed, machine learning — makes predictions with the help of living, breathing people. In a study conducted earlier this year by Stanford University’s School of Medicine, a group of radiologists achieved 82 percent diagnostic accuracy with Unanimous AI’s solution, compared to human experts’ 73 percent accuracy.

“Humans have experience, knowledge, wisdom, and intuition that’s not being represented in these big datasets,” Rosenberg told VentureBeat in an earlier phone interview. “It takes 12 years to become a radiologist — 12 years of talking to other doctors, observing and processing the world, and filling the databases inside their heads. There’s value in this.”

Then there’s the encouraging work emerging from programs like Microsoft and National Geographic’s AI for Earth Innovation Grant, which seeks to invest tens of millions of dollars over the next four years to bolster AI development across five key areas — agriculture, biodiversity, conservation, climate change, and water. This year’s winners include faculty director of Stanford’s Natural Capital Project Gretchen Daily, who’s working on a way of measuring the impact of dams and reservoirs around the world, and Solomon Hsiang, associate professor of public policy at the University of California, Berkeley, who will use 1.6 million historical aerial photographs to identify the effect of droughts and climate change on human migration in Africa.

“We’re well aware of the power of taking machine learning-based approaches to solving problems,” Lucas Joppa, chief environmental officer at Microsoft, told VentureBeat earlier this month. “There’s so little we know about the natural world, [and] the technology sector has the potential to accelerate the next phase of Earth exploration … I wake up incredibly enthusiastic about how much there is left to be discovered.”

And earlier this month Xprize, a nonprofit organization that aims to spark projects that “solve societal grand challenges,” provided an update on its four-year effort to develop scalable AI technologies that address some of the world’s most difficult problems. In a bonus milestone round timed to coincide with the NeurIPS conference in Montreal, Aifred Health, a Montreal startup developing a system that uses data about mental health to help clinicians choose personalized patient treatment programs, took home first place and $35,000.

On the ecological front, Google and the National Oceanic and Atmospheric Administration (NOAA) earlier this year announced a project that uses machine learning models to identify endangered whale species and inform shipping companies of their locations. Separately, the search giant detailed its work to predict impending severe floods by setting AI models loose on historical weather data, as well as its dogged pursuit of models that can predict the location of aftershocks up to one year after a major earthquake.

“Artificial intelligence is not just helping people create more useful products — we use it in a lot of ways throughout many Google products — but is also emerging as a really powerful tool for improving the society that we live in,” Google AI head Jeff Dean said onstage at a Google event in October. “In fact, I’d argue that there’s never been a better time to be working in the field of artificial intelligence.”

P.S. Please enjoy this video of a 3D-printed robotic hand that can play musical phrases on the piano by moving its wrist. 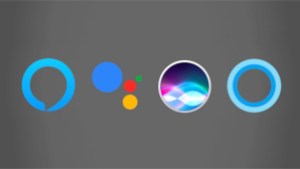 If you’re looking for a smart speaker, Google’s Assistant-powered Home is the smartest of the bunch, with HomePod and Echo speakers nearly tied behind it.

Amazon’s Alexa assistant now integrates with Wolfram Alpha in the U.S. to serve up answers to science and math questions. 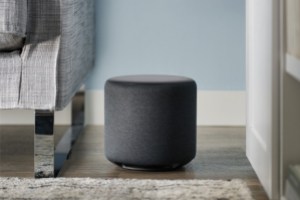 Alexa glitch let a user eavesdrop on another home

A user of Amazon’s Alexa voice assistant in Germany accessed more than a thousand recordings from another home because of “a human error” by the company. 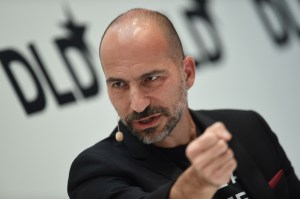 Uber has resumed tests of its self-driving cars in Pittsburgh, eight months after a fatal crash involving a pedestrian in Tempe, Arizona. 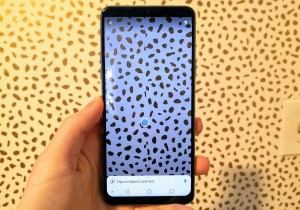 Google revealed that Google Lens, its AI image analysis tool on Android, iOS, and the web, can now recognize over 1 billion objects in Google Shopping.

The Yoda of Silicon Valley

Donald Knuth, master of algorithms, reflects on 50 years of his opus-in-progress, “The Art of Computer Programming.” (via The New York Times)

Two Princeton University computer science professors will lead a new Google AI lab opening in January in the town of Princeton. The lab is expected to expand New Jersey’s burgeoning innovation ecosystem by building a collaborative effort to advance research in artificial intelligence. (via Princeton)

How China Is Dominating Artificial Intelligence

China is widening their lead in AI globally by concentrating on a core set of best practices that energize entire industries to pilot and adopt AI for unique use cases. (via Forbes)

These Portraits Were Made by AI: None of These People Exist

NVIDIA researchers have published a new paper on easily customizing the style of realistic faces created by a generative adversarial network (GAN). (via PetaPixel)