It was only a matter of time. Alibaba has introduced a device that is about $100 to $275 cheaper than those made by Amazon, Google, and Apple. The new device will sell for about $75, while Amazon’s Echo list price is $180, Google Home goes for $129, and the Apple HomePod will cost a whopping $349. Let the voice assistant price wars begin!

It’s too early to compare its performance and functionality to those of its older rivals — let alone language availability, but Alibaba’s Tmall Genie, as it’s called, has two advantages out of the gate: one obvious and one not-so-obvious.

First, the obvious one: its aforementioned low price.  As VentureBeat has previously reported, price is the most important factor consumers consider when shopping for a voice assistant or smart speaker. Might Alibaba go head-to-head with Amazon one day?

Second, less obviously: Even as it tries to outdo the likes of Amazon, Alibaba will benefit from competition and cooperation among local rivals like Baidu, Huawei, and Tencent. For instance, Baidu released its Apollo project, which includes DuerOS software for self-driving cars. Tencent, meanwhile, has developed Xiaowei, a voice assistant device of its own, and recently opened an AI lab in Seattle. All this points to China’s ambition to become an AI powerhouse, which will swell the tide and lift Alibaba’s AI boat.

P.S. Please enjoy this video from the Aspen Ideas Festival, “What Are Machines Really Learning to Do?” 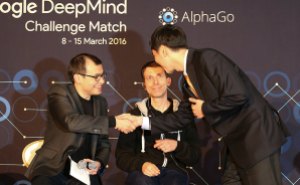 Alphabet’s artificial intelligence (AI) subsidiary DeepMind has opened its first international research lab in Edmonton, Canada, in partnership with the University of Alberta (UAlberta). This move represents the company’s first research hub outside the U.K. Founded out of the U.K. in 2010, Google acquired DeepMind for around $500 million four years later. DeepMind departed its own […] 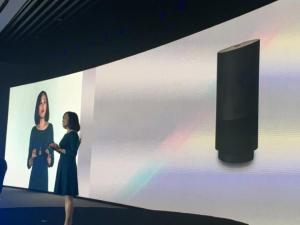 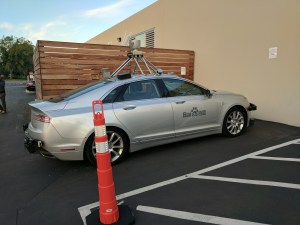 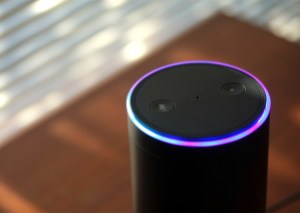 Voicebots didn’t outshine chatbots. Microsoft, Amazon, and others did

There’s been quite a fervor over voicebots lately, especially as we lead into next week’s MobileBeat 2017 conference on AI, messaging, and personalization. AI has taken center stage, seemingly nudging chatbots out of the limelight even though we all started using them last year. There’s no nail in the coffin for Messenger bots quite yet (or those […] 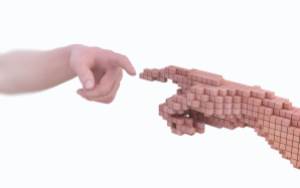 7 myths about AI that are holding your business back

We can all agree that the use of AI in business is at its infancy and may be long until it becomes widespread. Businesses of all sizes may find it easier than thought to run early AI experiments to clear their vision on how to accelerate their competitiveness. However, several myths will be on the […] 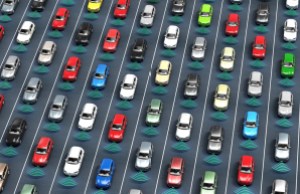 The car was once a physical embodiment of freedom and liberty, allowing us to drop everything and take to the open road. Today, it’s a symbol of oppression — a mobile prison cell where drivers “do time” as they sit in traffic on their daily commute. Over the next decade, this may change: Self-driving technology […]

Fake news: you ain’t seen nothing yet

Earlier this year Françoise Hardy, a French musician, appeared in a YouTube video (see link). She is asked, by a presenter off-screen, why President Donald Trump sent his press secretary, Sean Spicer, to lie about the size of the inauguration crowd. First, Ms Hardy argues. Then she says Mr Spicer “gave alternative facts to that”. It’s all a little odd, not least because Françoise Hardy (pictured), who is now 73, looks only 20, and the voice coming out of her mouth belongs to Kellyanne Conway, an adviser to Mr Trump. (via The Economist)

Last Thursday, Texas senior senator John Cornyn stood before an audience of wonks at the Council on Foreign Relations in Washington, DC, and warned that America’s openness to investors looking for new ideas in technologies like artificial intelligence was putting it in danger. “Most of what China wants to invest in these days is leading-edge US technology that’s a key to our future military capabilities,” he said. “Unless the trend line changes, we may one day see some of these technologies incorporated in China-made equipment that can be used against our country in the event, heaven forbid, of a military conflict.” (via Wired)

Ray Kurzweil: There’s a Blueprint for the Master Algorithm in Our Brains

Ray Kurzweil, Google’s chief engineer, is a famous futurist who’s always banked on the coming of the singularity — when artificial intelligence overcomes human intelligence. For that to happen, however, we need to figure out the master algorithm. (via Futurism)

In just two months, there have been two massive malware outbreaks that put computers around the world at risk with ransomware or malicious software that locks up photos and other files stored on your computer, then demands money to release them. (via Movie TV Tech Geeks)