This week, Amazon and Microsoft launched new attacks in the intelligent assistant wars.

On Tuesday, Amazon added a touchscreen to its Echo device and introduced calls and messaging. (This Sunday, don’t forget to say, “Alexa, call Mom.”)

And yesterday at the Build conference, Microsoft upped its ante by releasing a Cortana Skills Kit for developers and launching 26 new voice apps. Despite these salvos, as our Khari Johnson writes, Google Assistant has more than 230 actions from third-party developers. Amazon, which opened its Alexa Skills Kit to developers back in 2015, passed 10,000 skills three months ago.

Microsoft has some catching up to do.

Meanwhile, those who fear an AI-powered future may see these developments as more evidence that tech companies are like children playing catch with knives. Stephen Wolfram of Wolfram Research and Irwin Gotlieb of GroupM confronted the utopian and dystopian views of this issue at Collision 2017. Even as he welcomes technological advancements, Gotlieb warned, “There’s a little voice in the back of my head that’s saying the dystopian outcome is perhaps more likely.” (Watch the video below.)

P.S. Please enjoy this video from Collision, “Is there a future for humans?” 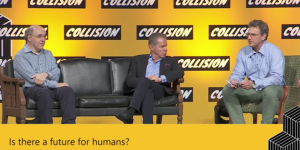 Is there a future for humans?

Lurking beneath the fear of artificial intelligence and automation threatening people’s jobs lies a deeper, far more profound threat. Do artificial intelligence and automation imperil humanity itself? Those predicting a dystopian future include Elon Musk, Bill Gates, Stephen Hawking, and many others. For some of them, it’s only a matter of time before the prophecy of Yuval Noah Harari’s […] 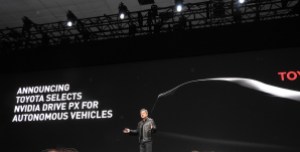 Toyota is using Nvidia’s car supercomputer for its autonomous vehicles

Nvidia CEO Jen-Hsun Huang announced that Toyota will use Nvidia’s Drive PX supercomputers for autonomous vehicles. Those cars will debut in the market in the next few years, Huang said. The Drive PX uses a new processor dubbed Xavier, which can do 30 trillion operations per second in a deep learning application while burning just […] 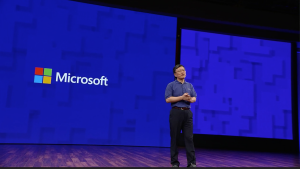 Four customizable artificial intelligence services were made available today from Microsoft Cognitive Services to enable businesses and developers to create AI. New AI from Microsoft includes: Custom Search to make search with your own terms Custom Vision Service to let developers create computer vision with just a few dozen of their own images Custom Decision Service to focus on A/B […] 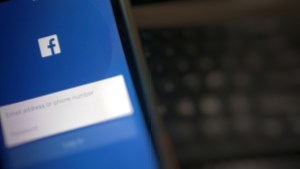 Facebook has announced plans to reduce the number of “low-quality web page experiences” from users’ News Feeds. More specifically, the target of the company’s latest effort to prevent users from ditching the social network are “misleading, sensational and spammy” posts that encourage people to click, only to disappoint through offering little in the way of […] 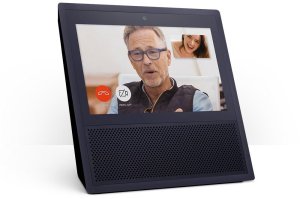 Amazon’s latest smart speaker is a touchscreen device that looks like a modern cross between Apple’s Twentieth Anniversary Macintosh and a ’90s kitchen TV. Amazon is calling it the Echo Show, and it’ll cost you $230 when it launches on June 28. Amazon has boasted about its Echo smart speakers for years, though the company won’t actually say how […]

Increasingly, companies are turning to artificial intelligence to understand what people say about their products and services on Twitter or Facebook. The goal is to react more quickly to complainers and perhaps sell more stuff to happy customers. But with sarcasm, there is a big gap between what people say and what they mean. And, […]

The meaning of life in a world without work

As technology renders jobs obsolete, what will keep us busy? Sapiens author Yuval Noah Harari examines ‘the useless class’ and a new quest for purpose (via The Guardian)

Researchers believe their surgery-assisting robot is capable of performing complex brain surgeries. The machine can reduce the time of surgeries by cutting down the time it takes to cut into the skull from two hours to two and a half minutes. (via Futurism)

IBM isn’t at the forefront of artificial intelligence, Social Capital CEO and founder Chamath Palihapitiya told CNBC on Monday, and he certainly isn’t a fan of IBM’s Watson. “Watson is a joke, just to be completely honest,” he said in an interview with “Closing Bell” on the sidelines of the Sohn Investment Conference in New York. (via CNBC)

AI Is the Future of Cybersecurity, for Better and for Worse

In the near future, as artificial intelligence (AI) systems become more capable, we will begin to see more automated and increasingly sophisticated social engineering attacks. The rise of AI-enabled cyberattacks is expected to cause an explosion of network penetrations, personal data thefts, and an epidemic-level spread of intelligent computer viruses. Ironically, our best hope to defend against AI-enabled hacking is by using AI. But this is very likely to lead to an AI arms race, the consequences of which may be very troubling in the long term, especially as big government actors join the cyber wars. (via Harvard Business Review)