What a difference a year makes. The headlines this week could have been pulled from last spring: intelligent assistants, voice interfaces, and devices. But in 2017, different flavors of machine learning underpin all of them.

Hello, Google Assistant. Hello, Alexa. Please meet Siri. Yes, Apple has finally begun extending Siri to a new line of smart speakers. While the devices may not be available until later this year, Apple watchers are hoping to learn how they work with Apple’s other products and services at the upcoming WWDC event. Meanwhile, here at AI Weekly, we’re watching to see just how smart Siri can become.

At the same time, interoperability is improving. You can now use Amazon Alexa to add appointments to your Apple iCloud calendar. This rounds out Alexa’s access to G Suite, Outlook and Office 365 calendars. While less lofty than pondering machine learning, we’re keen to see whether such cross-platform uses spark entirely new services. Recombinant DNA, anyone?

What a difference a year and artificial intelligence makes.

For AI coverage, send news tips to Blair Hanley Frank and Khari Johnson, and guest post submissions to John Brandon. To receive this information in your inbox every Thursday morning, subscribe to AI Weekly — and be sure to bookmark our AI Channel. 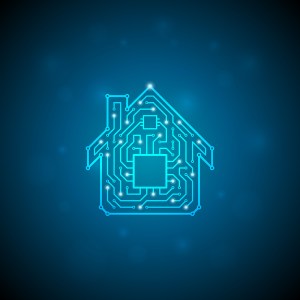 What if you didn’t have to fiddle with gadgets all day? That’s the promise of ambient computing, a combination of AI and sensing technology in the future home and beyond. Imagine this scenario. You’re out with friends and you notice the weather has turned hot and sunny. That’s not a good thing for your new […] 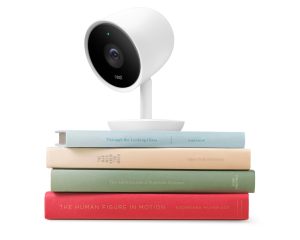 ANALYSIS: The promise of the smart home has been disappointingly slow to fulfill. But Nest Labs is hoping to make homes a little smarter with its new indoor security camera, the Nest Cam IQ. The $299 device will feature a 4K camera and deploy some of the artificial intelligence technology Google has been developing in recent years. […] 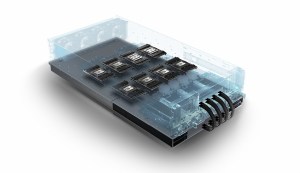 Nvidia wants its graphics processing units (GPUs) to handle the artificial intelligence computing and other heavy-duty parallel processing tasks in giant data centers. To that end, the company is launching a program that makes it easy for its big manufacturing partners to package its GPUs in AIsupercomputers. Nvidia HGX is a kind of starter […] 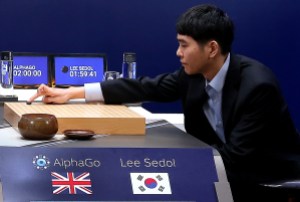 AlphaGo, the A.I. that has consistently defeated the world’s greatest human Go players over the last two years, is retiring from the game. The robo-grandmaster will go out on top, after defeating China’s Ke Jie, the world’s top-ranked player. The team behind AlphaGo, part of Google’s DeepMind unit, say they still plan to publish an […] 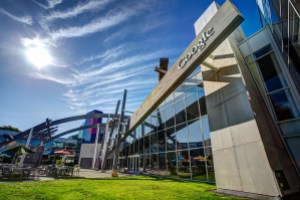 Is China Outsmarting America in A.I.?

Sören Schwertfeger finished his postdoctorate research on autonomous robots in Germany, and seemed set to go to Europe or the United States, where artificial intelligence was pioneered and established. Instead, he went to China. (via The New York Times)

It was winter in New York City and Asaf Jacobi’s Harley-Davidson dealership was selling one or two motorcycles a week. It wasn’t enough. Jacobi went for a long walk in Riverside Park and happened to bump into Or Shani, CEO of an AI firm, Adgorithms. After discussing Jacobi’s sales woes, Shani, suggested he try out Albert, Adgorithm’s AI-driven marketing platform. It works across digital channels, like Facebook and Google, to measure, and then autonomously optimize, the outcomes of marketing campaigns. Jacobi decided he’d give Albert a one-weekend audition. (via Harvard Business Review)

How AI Can Keep Accelerating After Moore’s Law

Google CEO Sundar Pichai was obviously excited when he spoke to developers about a blockbuster result from his machine-learning lab earlier this month. Researchers had figured out how to automate some of the work of crafting machine-learning software, something that could make it much easier to deploy the technology in new situations and industries. (via MIT Tech Review)

Google has launched a new venture capital program focused on artificial intelligence, Axios has learned from multiple sources. (via Axios)