Airbnb has formed a partnership with the Brooklyn Chamber of Commerce on a new tourism initiative aimed at helping visitors discover “off-the-beaten-path neighborhoods and small businesses.” The primary sponsor of “Explore BK,” Airbnb said it’ll provide not only financial resources, but also content and insights from its Brooklyn hosts.

It seems that Brooklyn is becoming a growing tourist destination for travelers, and this is reflected by the number of Airbnb guests that are opting to stay in the area instead of in Manhattan. The company’s global head of civic partnerships Molly Turner wrote that one-third of Airbnb’s visitors chose Brooklyn as their primary destination and “nearly half of all Airbnb visitors to New York City paid a visit to Brooklyn on their trip.” It’s estimated that $199 million was generated in economic activity throughout the borough in 2014. 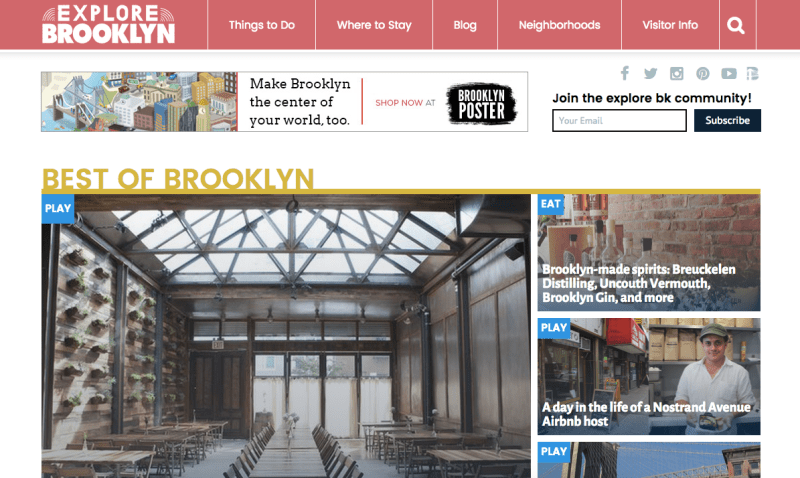 “Brooklyn is home to a vibrant middle-class community facing rising costs of living. Airbnb is committed to fostering the growth of tourism in a way that benefits both small business owners and the middle class families who depend on homesharing to make it affordable for them to live in Brooklyn.”

The Explore Brooklyn website is a mixture of user-generated content that is pulled from Facebook, Google, Twitter, Foursquare, and other sources, including from Airbnb hosts. It also provides a searchable directory of every business, restaurant, park, and point of interest in Brooklyn. It would seem that this would be a good fit for Airbnb’s Neighborhoods service, which debuted in 2012. 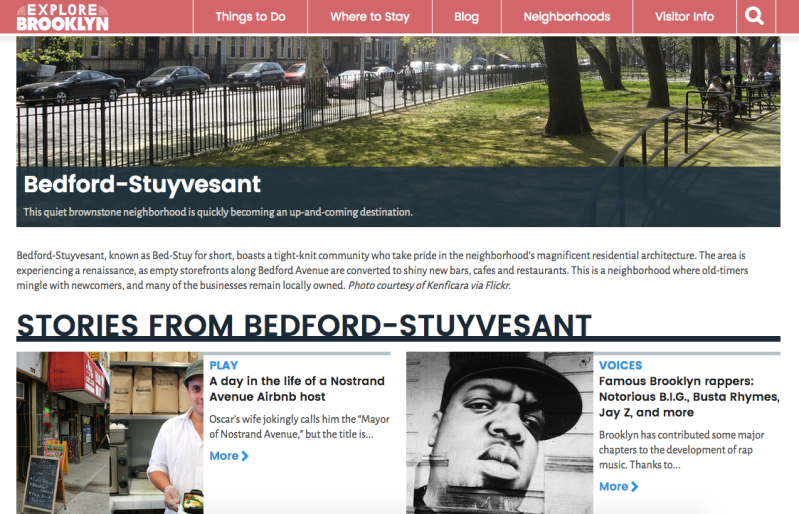 Back then, company cofounder and chief executive Brian Chesky said neighborhoods “are the original communities. They are the keys to unlocking local culture and one-of-a-kind experiences. By going deeper and tapping into local knowledge, we are introducing our community to a neighborhood’s personality so they can match it with their own.”

Part of Airbnb’s commitment include funding a community outreach organizer (dubbed a Neighborhood Tourism Fellowship) for the Brooklyn Chamber of Commerce, who will be tasked with meeting with local businesses to educate them on ways to reach Airbnb’s users.

While the Explore Brooklyn campaign is a good way of exploiting Airbnb’s potential for helping people really discover neighborhoods and to market destinations, it could be said that the company hopes it’ll buy them some favor from regulators. It has found itself facing scrutiny by the New York City Council in the past, which believes that Airbnb is contributing to an increase in rental prices. What’s more, the city has in the past cracked down on listings on the site amid claims that they’re “technically illegal.”