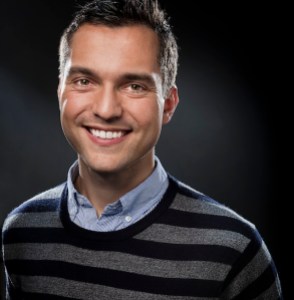 Airbnb co-founder Nathan Blecharczyk was one of world’s top spammers when he was a Harvard student, alleges his college roommate, Aaron Greenspan, in a blog post. The angry first-hand account also accuses Airbnb and Facebook of violating federal and state money transfer laws.

Greenspan says, using their dorm room as a base, Blecharczyk designed custom hardware and coded his own software to send out millions of spam emails per week. He was successful enough at it to pay his way through school until he was shut down by the Federal Trade Commission when he was a junior.

“Nathan was peddling pornography as an 18-year-old freshman. That’s something people should know about before investing hundreds of millions of dollars,” Greenspan told VentureBeat.

“We’re not going to comment on a personal attack that is over a decade old,” Airbnb’s spokesperson told VentureBeat. Blecharczyk graduated from Harvard in 2005.

Greenspan’s accusations aren’t limited to the past. His screed also alleges that Airbnb and Facebook are currently in violation of federal and state laws governing unlicensed money transfers, specifically the California Money Transmission Act, which states the following:

Airbnb’s Joffrion said, as far as they are aware, the company is in compliance with the law: “With a lot of Internet companies, you’re in uncharted territory, and it takes a while for the law to catch up,” said Joffrion.

“My goal isn’t to destroy Nathan’s career here. He’s part of a much bigger pattern, and that’s what I have a problem with,” Greenspan said. While he doesn’t agree with this specific law, Greenspan is upset because he feels it unfairly punishes small startups like his own, while larger well-funded companies can throw their weight to avoid enforcement. Greenspan said the new Money Transmission Act, which went into effect in California in July, should apply equally to Facebook, Airbnb and his own startup FaceCash, but does not in practice.

Robert Venchiarutti, a deputy commissioner at the Department of Financial Institutions’ Money Transmitters division, told VentureBeat, “We apply the same way to all entities.”

Greenspan is just the latest person to pile on Airbnb. Recent allegations have come to light that Airbnb perpetrated an aggressive spam campaign on Craigslist, and the company offered a tin-eared apology to a woman whose house was ransacked by a guest, before back pedaling with a $50,000 security pledge to reassure potential renters.

An embarrassing leaked email from angel investor Chamath Palihapititya surfaced on Oct. 1, which excoriated the founders for attempting to cash themselves out of the company to the tune of $22.5 million when  the company raised $112 million.

Airbnb’s huge Series B round was led by Silicon Valley heavyweights such as Andreesen Horowitz, General Catalyst, and Yuri Milner’s DST.