The idea of getting a drone to follow you around and take selfies for you is quite cool. And AirSelfie Holdings is taking it to the next level with AirSelfie2, its second shot at a “flying camera” drone.

The AirSelfie2 goes on sale at Best Buy and online at Amazon today, after debuting on AirSelfie’s site last week. It’s a pocket-sized flying camera, which made its original debut at the Consumer Electronics Show in January 2018. While other drones fly sky-high or roam far and wide, AirSelfie has concentrated on the narcissistic focus of shooting pictures and videos of its owners as they go about their lives.

It features a 12-megapixel camera for full high-definition photos and videos, a 400mAh 7.4 lithium polymer battery that allows for up to five minutes of flight time (more than double the previous one), and an 85-degree field of view. Additionally, the AirSelfie2 now has an improved 16 gigabytes of memory in a device that weighs just under 3 ounces and is no larger than the average smartphone. 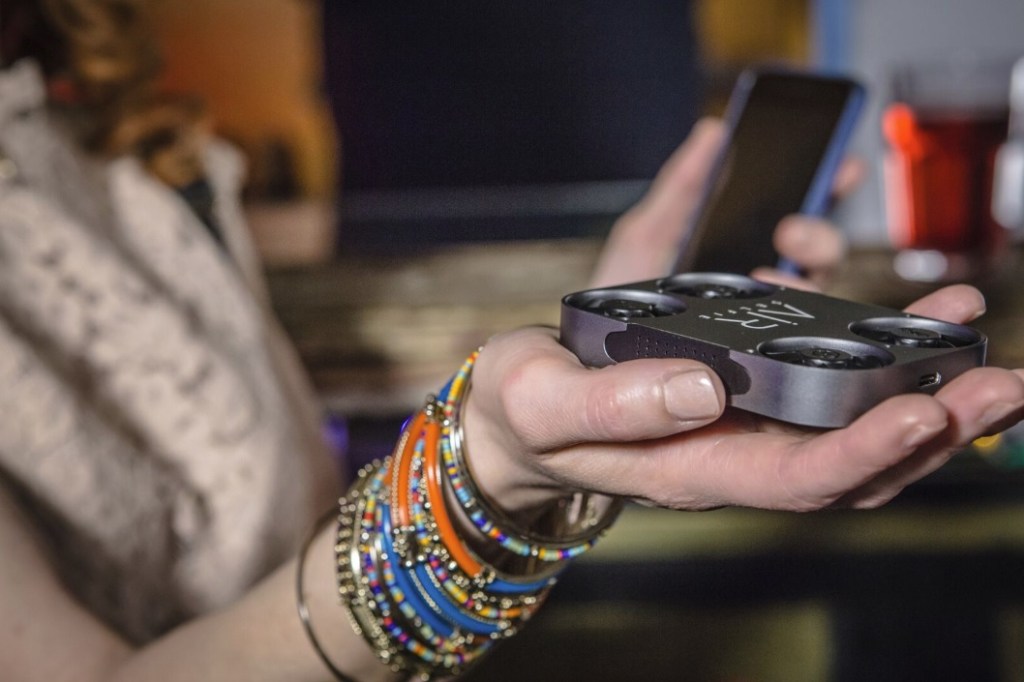 Above: AirSelfie2 can fly for 5 minutes, twice as long as its previous version.

“When it comes to capturing life’s important moments on pictures or video, people don’t want to have limitations. With the AirSelfie2, anyone with a smartphone can get the shot they want with a flying camera that weighs next to nothing and can be carried around in your pocket,” said Stefano Cabella, CEO of AirSelfie Holdings, in a statement. “We want to surprise AirSelfie2 users with continuous novelties: Each automatic software update means exciting new features and experiences for the consumer without the need to wait for a new version of the device.”

The AirSelfie2 costs $200. Hopefully, it will be an improvement on the original. I tried out an early version of the first AirSelfie in 2017, and I couldn’t get it to fly. The drone would self-destruct as its propellers broke during flight. I tried it out another time and got the same result. But we’ll see how this one does. 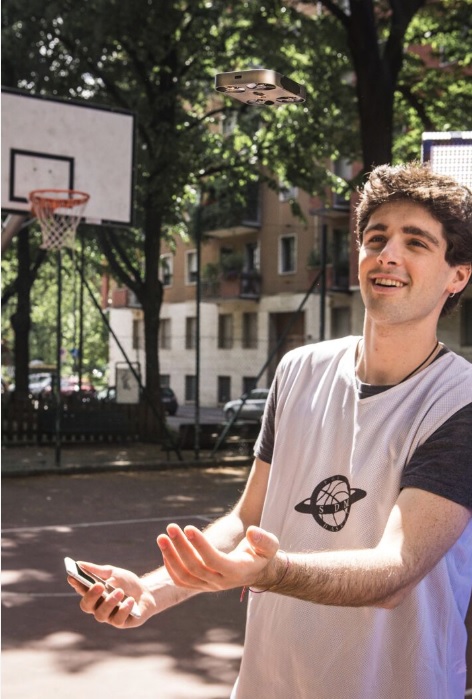 The new one has a durable anodized aluminum casing. It measures 3.8 inches by 2.8 inches by a half-inch. It has four turbo brushless fans and a range of over 60 feet. AirSelfie2 connects wirelessly to iOS and Android devices, so users can share their shots or upload them to social media sites in seconds. The AirSelfie2 is available in four colors – silver, black, gold, and rose gold.

AirSelfie also recently closed a new round of capital, facilitated by Klecha & Co.

“We’ve seen tremendous growth and interest in our products since the launch of the AirSelfie1 last year. With the AirSelfie2, we’re redefining what consumers should expect from a flying camera,“ said chief marketing officer Chris Jungfleisch in a statement.