Global average connection speeds rose 20 percent year over year to 4.5 Mbps in Q4 2014. Meanwhile, mobile demands continue to grow, with data traffic increasing by 54 percent in the last year. The latest figures come from Akamai, which today published its quarterly State of the Internet Report for Q4 2014.

The firm found 132 countries experienced an increase in average connection speeds year over year, ranging from 0.3 percent in Morocco (to 2.4 Mbps) to a 146 percent rise in Congo (to 1.3 Mbps). Only 10 countries saw their average connection speeds decrease year over year, with losses ranging from 1.7 percent (to 1.4 Mbps) in Paraguay to 47 percent (to 1.0 Mbps) in Sudan.

As you can see below, eight of the top 10 countries/regions saw double-digit percentage growth year over year, but only six saw growth quarter over quarter: 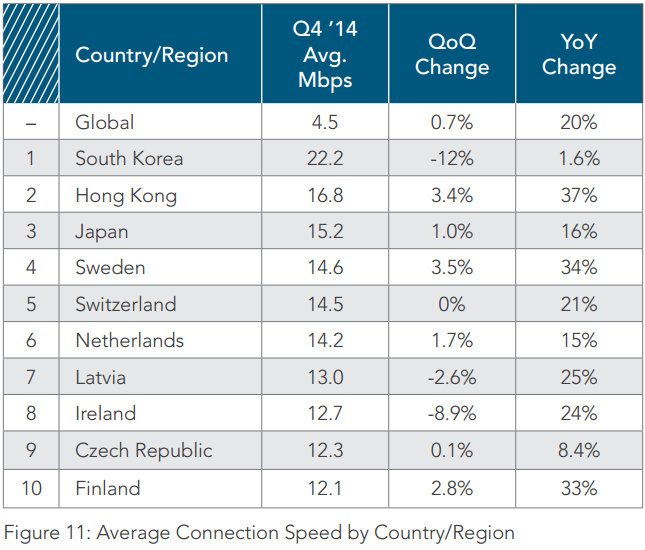 Global adoption of broadband, which Akamai defines as speeds of 4 Mbps and up, decreased slightly by 0.7 percentage points last quarter (up 20 percent year over year) to fall to 59 percent penetration. Global high broadband, rated as 10 Mbps and up, hit 24 percent penetration after a 2.9 percent increase over the previous quarter (up 25 percent year over year).

In 2010, the United States’ FCC redefined broadband at 4 Mbps downstream, and while Akamai chose to align with that definition, it also added the 10 Mbps threshold and, more recently, a 4K Readiness metric (15 Mbps threshold). In January, the FCC updated its broadband threshold to 25 Mbps, causing Akamai to rethink its reports going forward.

“Although the United States is just one country of many around the world working to improve Internet connectivity, in light of this update we will be reviewing how we define the metrics included in the report, as well how we present the data in future issues,” David Belson, editor of the State of the Internet Report, said in a statement. In other words, the Q1 2015 data will be based on different definitions, though it will largely discuss the same figures.

As in previous reports, Akamai also cited mobile traffic data collected by Ericsson, which has a presence in more than 180 countries and a customer base representing more than 1,000 networks. The volume of mobile data traffic jumped by 54 percent year over year, and grew 11 percent quarter over quarter: 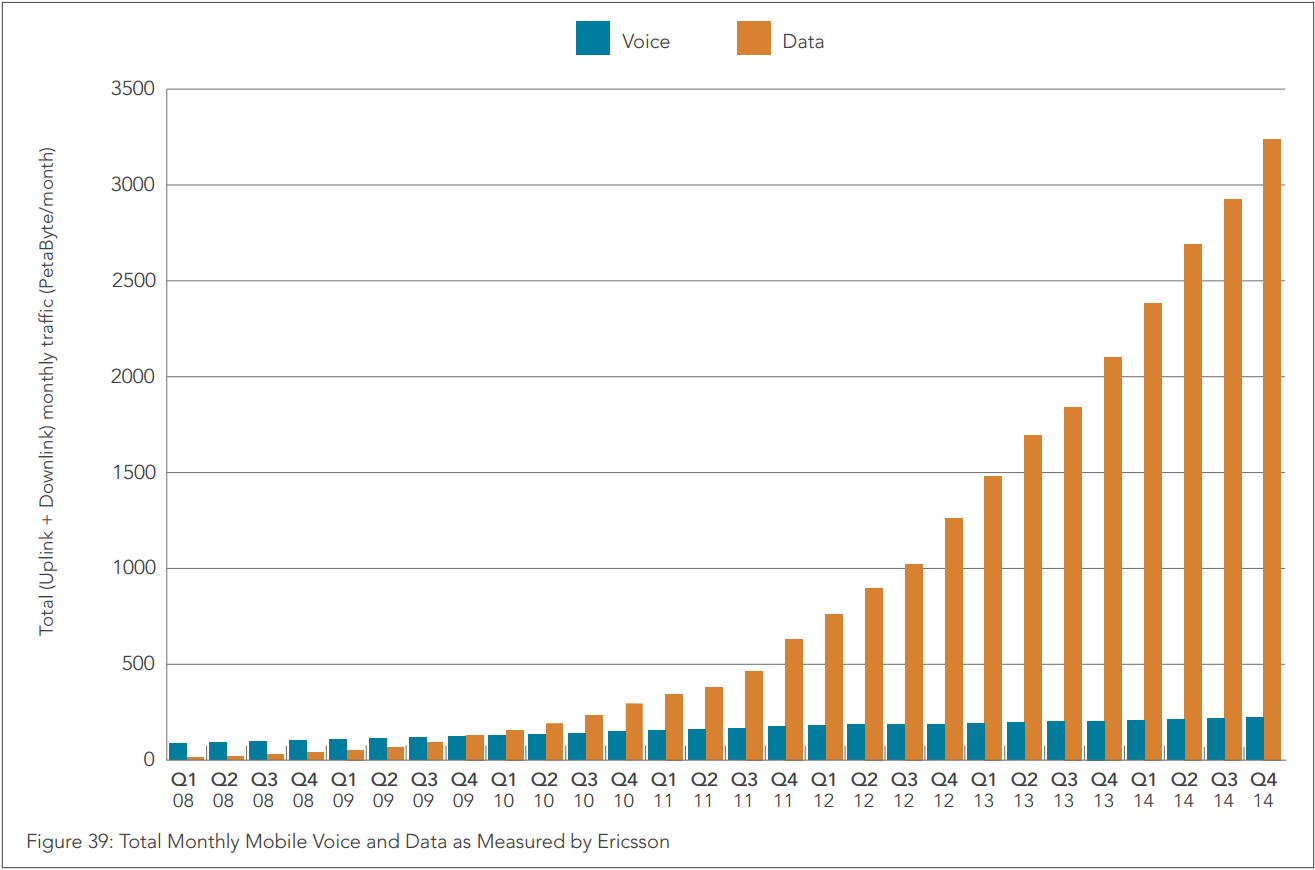 Mobile voice traffic continues to show a flat progression, while mobile data is still growing steadily. In Q4 2014, average connection speeds on surveyed mobile network operators ranged from a low of 1.0 Mbps to a high of 16.0 Mbps.

You can check out the full 68-page report for yourself here: