WayRay, based in Switzerland, builds heads-up displays for drivers, as well as fully augmented reality and virtual reality immersive systems intended for eventual use in self-driving cars. 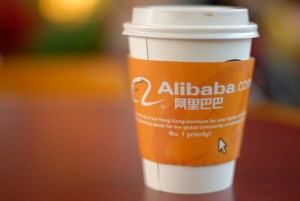 “At the moment, WayRay is the world’s only developer that integrates augmented reality systems into cars,” Vitaly Ponomarev, company founder and CEO, said in a statement. “It gives us an advantage over traditional HUDs and provides the opportunity to collaborate with the largest global car brands.”

In addition to the funding, WayRay announced that it has partnered with Banma Technologies, a startup funded by Alibaba and China’s largest automaker, SAIC Motor, to develop a new car navigation and infotainment system. The result is WayRay’s Navion, an augmented reality heads-up display for drivers that will be built into one of SAIC Motors’ 2018 models, the company said.

That will make it “the world’s first vehicle in production with a holographic AR head-up display,” according to the company.

But WayRay also has ambitions beyond China.

“In 2017, we aim to release a consumer version of Navion, our AR navigation system, and to sign contracts with major global car manufacturers to implement our ground-breaking infotainment system,” Ponomarev said.

WayRay has been building its technology for 4 years, previously partnered with Samsung, and demoed its system at CES in January.

Banma Technologies CEO Alex Shi says that augmented reality is the future of car navigation because it improves safety. Drivers don’t have to look down at gauges; they simply look through data in their windshields while driving and watching road conditions.

Ultimately, however, when vehicles become fully self-driving, augmented reality can become virtual reality, and carmakers can use the systems as the basis for entertainment.

While Alibaba led the $18 million funding round, existing investors also participated. WayRay has now raised a total of US$30 million. Other investors include Sistema, a Russian joint stock financial corporation.

The company has a research and development center in Moscow and is in the process of opening its first Chinese office in Shanghai.