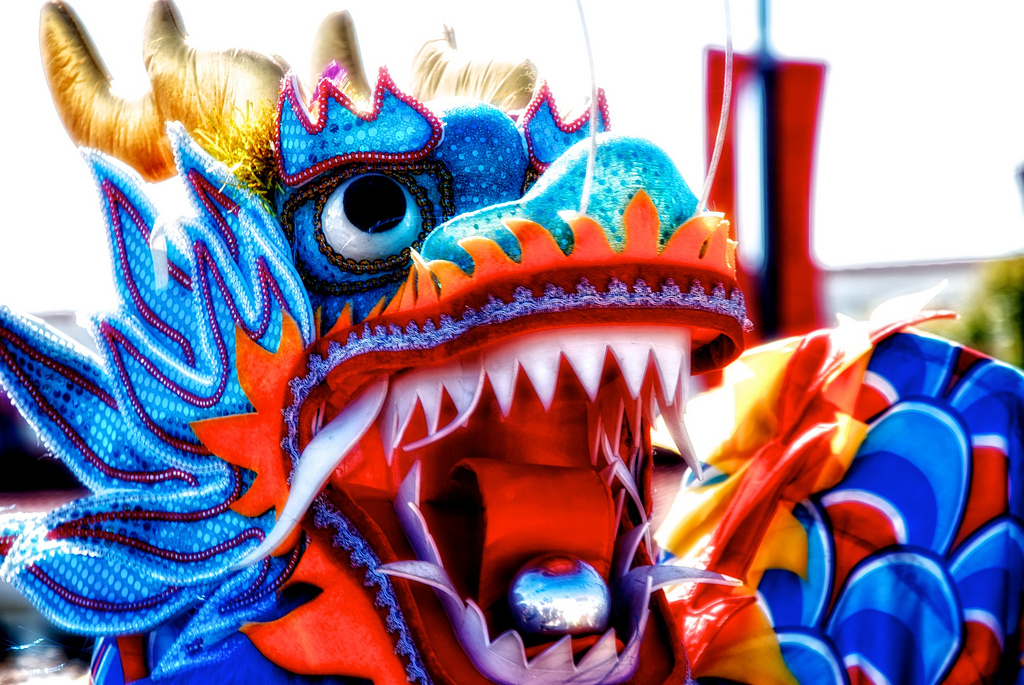 In fact, Alibaba chairman Jack Ma said only two companies have ever recorded annual transaction volumes at this level: Wal-Mart and Alibaba.

Alibaba — which recorded $3 billion in sales in a single day earlier this year — is a conglomerate primarily composed of Tmall, which manages e-commerce operations for thousands of companies in China, and Taobao Marketplace, a rough equivalent of eBay. All payments are handled by Alipay, the company’s own payments processor, and Alipay has over 700 million registered users — with credit card information.

The company has grown massively in the past four years as the Chinese middle class increases in size and wealth, and as it has become a hub for a massive share of Chinese e-commerce. E-commerce has been growing at 60 percent year-over-year in 2012 in China’s third and fourth-tier cities, the company says, and currently just over five percent of all Chinese retail spending — RMB 18.39 trillion — passes through Alibaba websites.

And it’s not looking backward, as chairman and CEO Jack Ma made clear:

“It’s very likely that next year our transaction volume will be bigger than all the American e-commerce companies combined,” Ma said in a company statement. 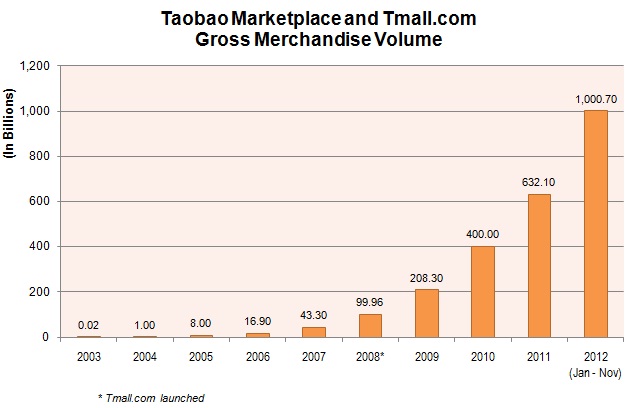 The company measures GMV, a sales equivalent that takes into account all product sold by clients who use Alibaba’s e-commerce infrastructure to enable their own sales, and all Chinese consumers or businesses that sell their products on Taobao’s marketplace. The measure is roughly equivalent to gross sales, but an important distinction is that most of the profits of each sale do not reside with Alibaba, which takes a small percentage. That’s not entirely dissimilar to Amazon, which facilitates the sale of many other companies’ products, or eBay, which takes a small percentage of any item you might sell on the site.

Alibaba is predicting three trillion RMB of total volume of sales through its various sites in 2017, which would be $471 billion, and would surpass Wal-Mart’s current sales of about $444 billion.

Amazon’s annual sales volumes are in the $50-60 billion range, with quarterly sales of $13 to $15 billion. eBay sold about $5 billion 2011 and is projecting about $8 billion in sales in 2012. The U.S e-commerce market, however, is much more fractured than the Chinese market, with many companies taking small slices of the overall pie.

Yahoo still owns a stake in Alibaba — about 23 percent after selling half of its shares for $7.6 billion earlier this year.